By SportingAbimbola (self meida writer) | 2 months 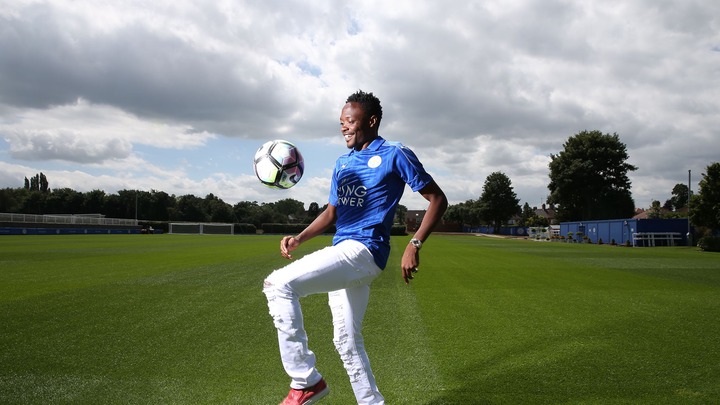 Raiola refuses to rule out Serie A return for Pogba

Mino Raiola has refused to rule out a potential return to Serie A for Paul Pogba, while claiming "people get nervous" when he talks about the Manchester United star. Pogba's future has been the subject of much speculation in recent months, with it reported that Real Madrid and Juventus are both interested in signing the midfielder in the summer transfer window.

The 28-year-old, who re-joined United from Juve for £89 million ($123m) in 2016, has long been linked with a return to the Allianz Stadium, and Raiola has passed up the chance to silence those rumours once and for all.

Arsenal failed with a January approach for Barcelona midfielder Riqui Puig - according to The Express. The Gunners tried to bring in the 21-year-old before settling on a loan deal for Real Madrid winger Martin Odegaard. Barca ultimately decided against offloading Puig, who has scored once in five La Liga appearances this term.

Jose Mourinho's position as Tottenham Hotspur manager is safe despite a poor run of results and rumoured doubts from senior players. (Mirror)

Chelsea have proposed a swap deal involving Jorginho and Christian Eriksen to Inter in the summer transfer window - according to Calciomercatoweb. The Blues will demand a €20 million (£18m/$24m) payment to finalise the deal, with the Nerazzurri open to selling the Danish midfielder at the end of the season.

Jorginho will head to San Siro if the two clubs can reach a final agreement, but talks are still very much in the early stages.

Luka Modric has offered to take a pay-cut at Real Madrid in order to sign a contract - according to Mundo Deportivo. The Croatian is due to drop into the free agency pool this summer, and the Blancos cannot afford to offer him an improved deal amid the coronavirus pandemic.

Modric is willing to accept a wage reduction so that he can stay with Madrid for at least one more season, having been a key member of Zinedine Zidane's squad once again in 2020-21.

According to the Express and Star, West Bromwich Albion have backed out of a deal to sign reported Sheffield Wednesday target Ahmed Musa on a free transfer. The Nigeria international is still without a club after leaving Al Nassr.

Football Insider claimed back in November how Wednesday were keen to sign him, while TEAMtalk cited bitter rivals Sheffield United as fellow suitors for the Nigerian.

A return to CSKA Moscow is still on the cards.

Izzy Christiansen has committed her future to Everton Women, signing a new two-and-a-half-year contract until the end of June 2023. England international Christiansen joined Everton from European champions Lyon last January. She has scored four goals in 12 WSL appearances this season and helped the team reach the 2020 FA Cup final.

Tranmere have announced they have sold striker Morgan Ferrier to Israeli Premier League side Maccabi Petah Tikva for an undisclosed fee. The 26-year-old, who signed for Rovers from Walsall on a free transfer in August 2019, had scored one goal this season in the Papa John’s Trophy. Ferrier made a total of 30 league appearances for Tranmere, scoring five goals.