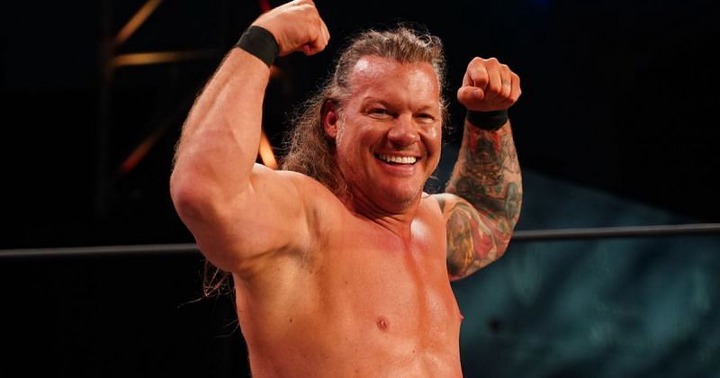 Chris Jericho spoke in length about Pat Patterson on the latest edition of the 'Talk is Jericho' podcast. The TIJ episode was dedicated to Pat Patterson, and Jericho paid a fitting tribute by sharing several stories about the WWE Hall of Famer.

It's no secret that Pat Patterson had an unmatched influence on several iconic performers' careers, and Chris Jericho was one of the lucky ones to have worked closely with the late great legend. The former AEW World Champion said that Pat Patterson taught him 90% of what he knows about putting a match together. His ideology regarding booking a match comes straight from the vision of Patterson.

Psychology is a primary aspect of pro wrestling, and Chris Jericho credited Pat Patterson for helping him understand everything about the pivotal element of wrestling matches.

If Chris Jericho was Luke Skywalker, then Pat Patterson was his Yoda.

"He was my Yoda. I was Luke Skywalker. Literally envisioning me running through the forest with Pat strapped in a knapsack along my back. It wasn't just for me; it was for so many guys of my generation. I was in the business nine years before I met him. I didn't really understand what psychology was. I might have thought that I did, but I really didn't until I met Pat. Pat taught me 90% of what I know of how to put together a wrestling match. The mindset comes directly from Pat Patterson."

Chris Jericho stated that Pat Patterson was the driving force behind the most popular main eventers from the 90s and 2000s. Chris Jericho mentioned Bret Hart, The Rock, Shawn Michaels, and Kurt Angle as the legends who benefited tremendously from Pat Patterson's support.

Pat Patterson was the agent of the distinguished talent mentioned above.

"Look at the modern era main-eventers. If you think who the greatest workers of the '90s and '00s are, it's Shawn; it's Bret, it's Rock, if you put Jericho in there, thank you. You can put Kurt in there. Whoever is in there, Pat was our guy. If there was a match, Pat was usually the agent, and that's just the way it was because you were working on top, and Pat was always with the top guys."

Chris Jericho on why Pat Patterson was unlike any other agent

"Lower level agents would get insulted if you said you didn't like the idea, and they would get mad. Pat never said that. He would always say, here is what I'm visualizing. Then, ok, let's try this. He would never get mad if you didn't like it. He would say, ok, what do you have? He would challenge you, but he had the humbleness to never say, 'I'm Pat Patterson, so my idea is the best, so listen to me.' He wasn't that type of an agent, and that's why he was so much fun to work with." H/t  WrestlingNews.co

Pat Patterson passed away at the age of 79 due to liver failure on December 2nd. The WWE Hall of Famer is rightfully considered one of the most influential figures in the pro wrestling industry, and his impact would undoubtedly be felt for generations to follow.