This Is Why Ronaldo Should Take Penalties At Stoppage Time For Any Team He's In (Video).

Manchester United have failed to win in 2 consecutive matches; and both of them were at their home ground. With their last win coming last Sunday, they weren't awarded the penalties they deserved and Ole really said some things about it.

Fast forward to today, they were already a goal down at the stoppage time and a handball was committed by an Aston Villa player at the 90th minute; just 2 minutes after Aston Villa's Hause scored a spectacular header.

And it was a Portuguese that will play this one. It was Fernandes. He just played the ball straight outside the pitch not even hitting the bar. Yes, you can't just give Ronaldo the ball given that he came recently and it will be disrespectful for Bruno who has scored 20+ penalties for the club. 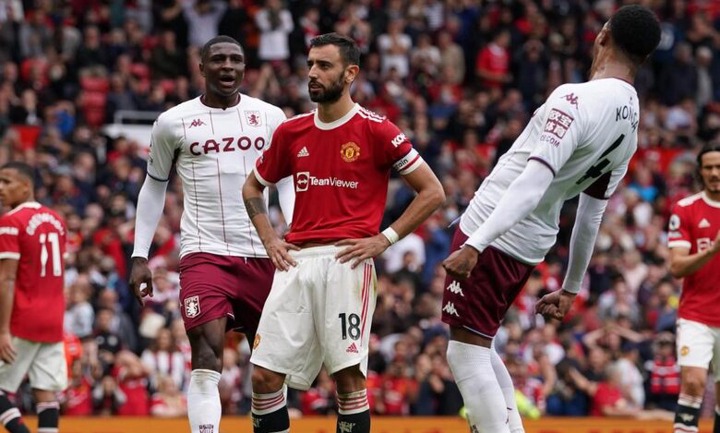 But in situations like this, Ronaldo has proven to be the best penalty taker because he knows how to handle the pressure.

Going back in time when Cristiano was still at Real Madrid, they faced Juventus at the 2018 champions league quarter final; a game in which a goal from Real madrid qualifies them for the semi-final (based on the score at that time, that was what was needed).

Real Madrid tried everything but couldn't get a goal. It was a dream come true for Juventus, until a Real madrid player was fouled at the 90th minute in the 18-yard box when he tried to control the ball given to him by Ronaldo.

There was too much pressure on everyone as this kick was a decider. It was all on Ronaldo. And as usual, he comfortably puts the ball in the net and Real Madrid passed that round and even won the title a record of 3 consecutive times.

Here's the link to the video:

So, next time CR7 should take such kicks!