The performance of Foreign coaches in the Super Eagles of Nigeria

By OTS-Sports (self media writer) | 18 days ago

The hiring of foreign coaches is the order of the day in the black continent, seemingly due to some stop-gaps and challenges of local coaches brings, which might be tribalism, favouritism among other weakness. On the other way round due to the lack of experience of the local coaches unlike their foreign counterparts- a major reason why some of the African countries make that drastic decision. Nigeria, which is known as the trigger of the continent is not innocent of this, in fact the hire of foreign coaches have been prevalent. 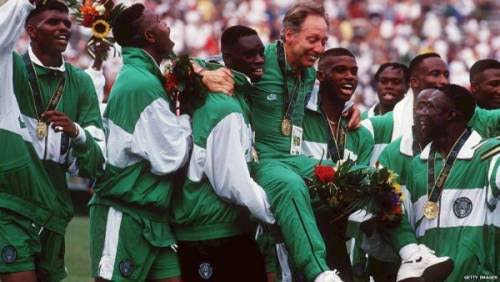 However, to the suggestions of many, including some sports enthusiasts, the hire of foreign coaches have not resolved the issues of confronting some national teams in the black continent, excluding some that came out tall in some cases. But in Nigeria, while some did excellent for the Super Eagles others did not. 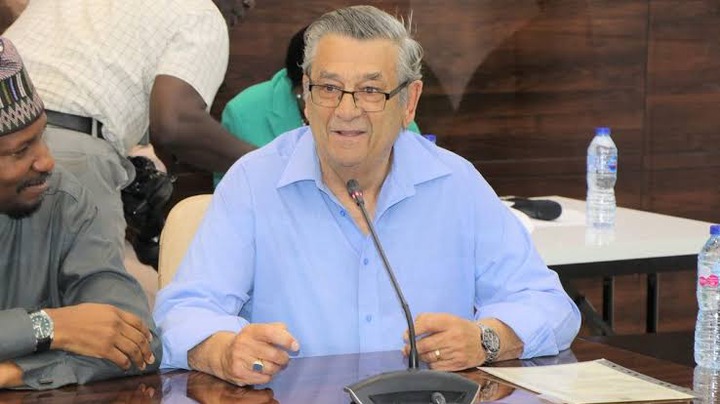 The Beek-born coach was one of the foreigners who made the Nigerian national team soar high at all levels especially at the year of his departure. The Dutch were appointed in the time at which their issues in the national team, but the now 81-year-old turned the neglected cornerstone to one of Africa's powerhouses. On his appointment in 1989, he led the Super Eagles to their maiden FIFA World Cup World in 1994 after they could not qualify for the 1990 edition.

He led them to the final of Africa's Cup of Nations in 1990 in Algeria, only to be faced with an upset by hostname. Under him, most players like Austin 'Jay-Jay' Okocha, Sunday Oliseh, Finidi George, among other ex International made their journeys to play for some European club. Despite criticisms by his players, he took the national team to be the fifth-best nation in the world, as per the FIFA Rankings in April 1994. 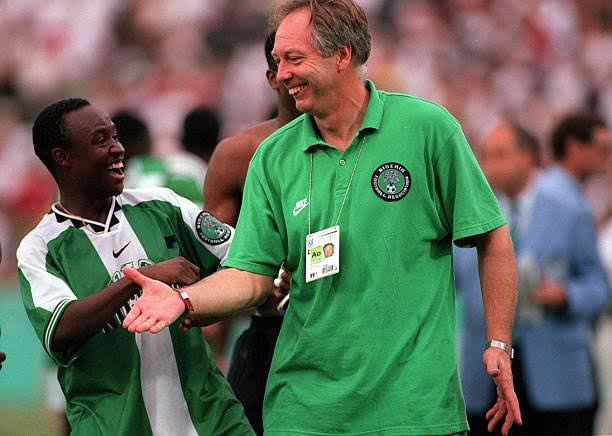 One of the Dutch coaches who took the Nigerian national team to great heights was Jo Bonfrere. Having coached the Super Falcons of Nigeria in a year coaching career, starting from 1991, the former MVV player's service was a need in the camp of the Super Eagles. He was appointed in 1995. Within a year of his marriage with the Super Eagles, he took them led to glory in the Summer Olympics in Atlanta, United States, as they bagged their first gold medal as a nation. He came back in 1999 for the joint hosted AFCON in 2000 which he led them to the final but could not win against Cameroon, as the Indomitable Lions won the tournament by penalty shootout. 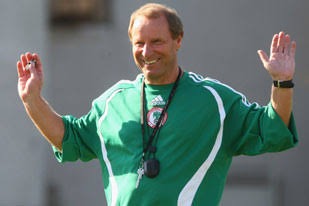 Both Berti Vogts and Lars Lagerback could not take the Nigerian national team to glory, as they were appointed at the eleventh hour to deliver the impossible by the Nigerian FA. While Vogts signed a four-year contract with the country in 2007, he could not take the Super Eagles beyond the final eight of the AFCON in 2008 which was the country's worst outing since 1982. This led to his resignation from the team in 2008. 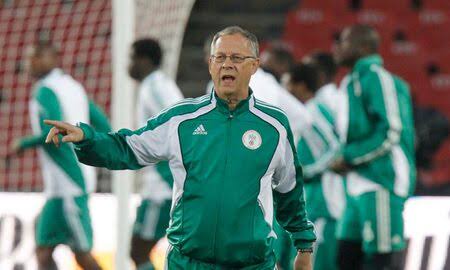 As Lagerback was appointed seven months before the FIFA World Cup in South Africa in 2010. Despite winning the WAFU Nation Cup in the same year of his appointment, he could not take the three times African champion beyond the group stage of the tournament. In seven games, he won two games, lost two games and drew three games. 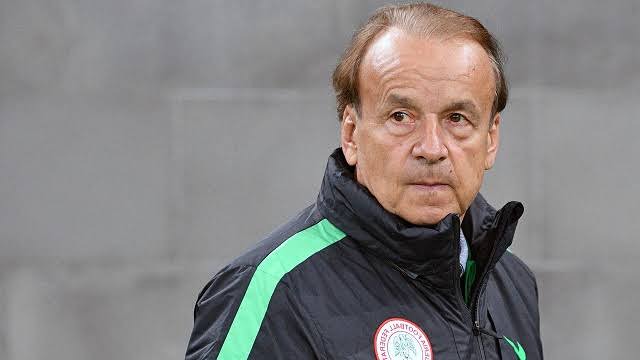 The Mannheim born coach is the incumbent coach of the national. Since their appointment in 2016, he has led the team to the 2018 World Cup in Russia and the 2019 AFCON in Egypt, where the team reach the final four of the tournament upended by Algeria who won the tournament. But, in his new contract, he expected to take the Super Eagles to the final of the upcoming AFCON in 2022 in Cameroon and then secure the team the ticket to the FIFA World Cup in Qatar

Sequel to the above, it begs the question that can the success and glory of the national team in Nigeria be dependent on the hands of these wealthy experienced sojourners other than their local counterparts. In what ways are the local coaches less good than the foreign? Are there not capable indigenous coaches in the black continent that will rescue the situation.