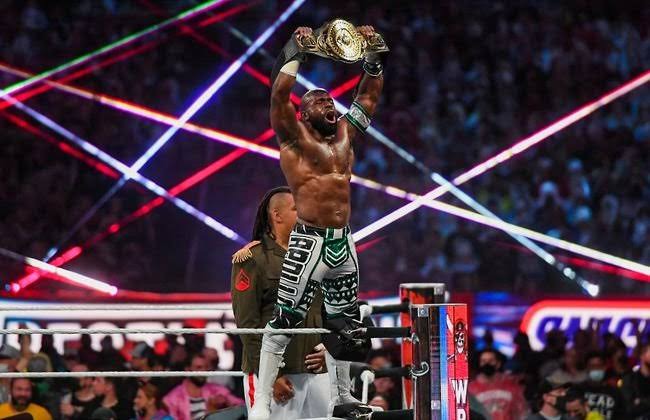 WWE SMACKDOWN held it's first episode after WRESTLEMANIA Backlash last night. There were four matches on the night with the main event being the best of the matches. It was a match that saw Apollo Crews retain his Intercontinental title against three challengers.

Bayley, Jax and Baszler won by submission after Baszler's Kirifuda Clutch on Natalya.

Dominik Mysterio hit a 619 on Robert Roode, followed by a frog splash before pinning Roode for the win. Mysterio won via pinfall after a frog splash.

There are no rules in a fatal 4-way match as Apollo Crews defended his title against Big E, Kevin Owens and Sami Zayn. Towards the end of the match, Big E pinned Zayn after hitting him with a rock bottom and the big ending, only for Commander Azeez to break the pin by pulling him out. With Big E back in the ring, the lights fluctuated and Aleister Black appeared. Black hit Big E with a black mass and Crews took advantage with the pin for the win.

Major events on the night

- Seth Rollins attacked Cesaro from behind and Cesaro had to stretched off.

- A announcement of Jimmy and Jey Uso reuniting for a match against the Street Profits in a tag-team match on next week's edition SmackDown was made.