Jose Mourinho Has Now Been Sacked By 3 Different Clubs In England, See The Names Of These 3 Clubs

The news of Jose Mourinho's contract termination came as a surprise today, most of the club fans seems to be surprise when they heard the news. However, its very obvious that Jose's performance at Tottenham Hotspur have been very poor to be compared with his performance at other Clubs he have managed.

Lets take a look at some records of Jose Mourinho; 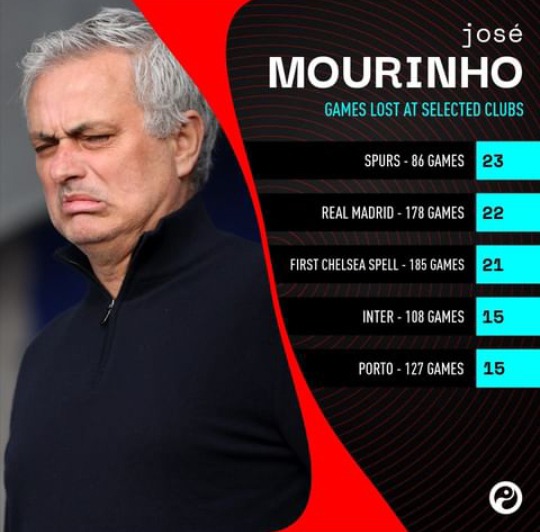 During his career at Tottenham Hotspur, he had 86 number of games in charge and he loses 23 games out of the 86. However, considering the number of games at Totteham, it makes it one of his poorest Performance in his managerial career. During Jose mourinho's Career at his previous Clubs, he did well to be compare with his recent performance that got him sacked a Tottenham Hotspur. 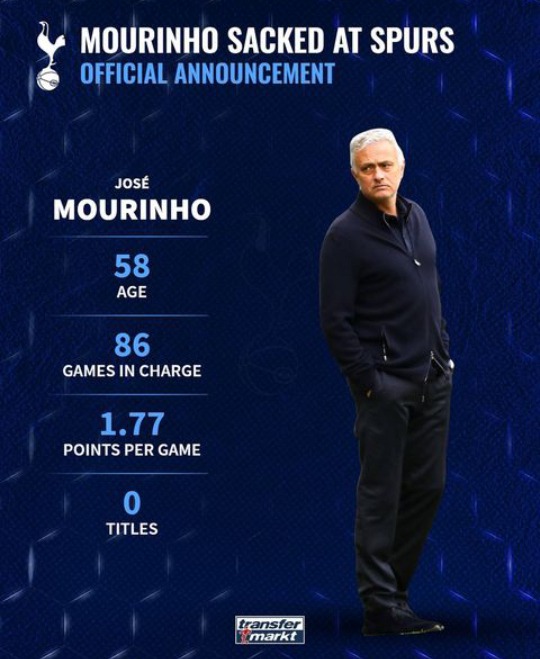 UCL: See The Record Both Chelsea And Man City Created That No Club Has Done Since 2006