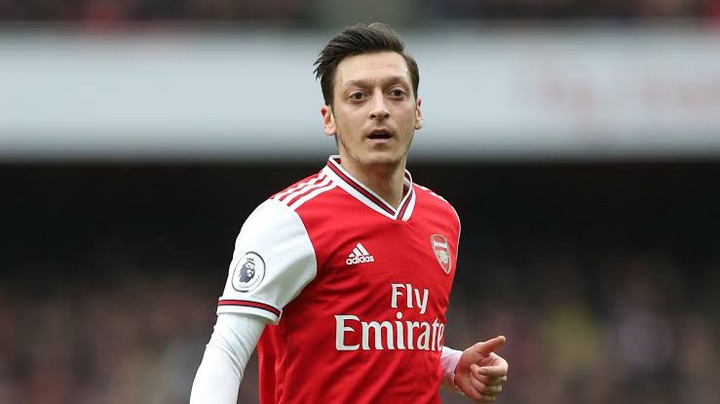 Mesut Ozil has been a noticeable ,absentee from the Arsenal team since the restart of the ,Premier League season.

The German has been underperforming, for a number of years now and he was given a ,fresh chance when Mikel Arteta became Arsenal’s new manager.

The German still didn’t put in, better performances and Arteta appears to have ,given up on him.

The Spaniard hasn’t named him, in any of his recent matchday squads, and the German hasn’t played a minute for the team since the restart.

His absence is a very noticeable one, and Arteta has had to deal with answering ,questions on his future at every press conference.

The Spaniard was speaking, to the press ahead of FA Cup semi-final against Man City tomorrow and he was asked about the 31-year-old, again.

Ozil had made a post on social media, claiming to be “ready” despite the club saying that he had a back injury.

When asked about Ozil’s post, Arteta simply said that the German was training as other members of the team and he would only pick players based on who he thinks are ready to play.

Questioned on Ozil’s ‘ready’ message on social media, and whether he will be in the squad that takes on City, Arteta responded frostily as quoted by the Metro: ‘Yeah he’s been training.’

Probed further on whether ,that means Ozil is in the squad, Arteta continued: ‘I haven’t done the squad yet. But he’s in training.’