All Elite Wrestling World Champion Jon Moxley recently sat down with Busted Open Radio, and discussed a variety of topics. Moxley also opened up on Renee Young's WWE exit and talked about what the future holds for her.

Moxley hinted that big things are in store for Renee in the near future. He stated that Young's agent called and told him that his phone won't stop ringing when all is said and done. He added that Renee might end up doing something of her own instead of working for a company. 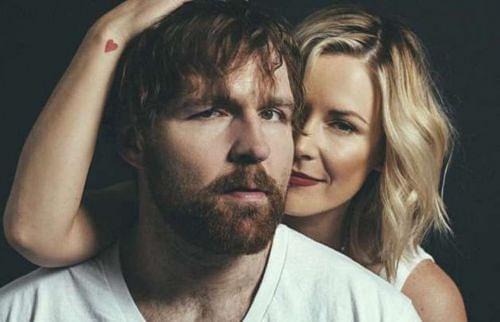 "I expect her to end up...her agent called and was like, 'my phone will not stop ringing.' She's already got people willing to give her the keys to the castle, but she might do her own thing. I don't care what she does, as long as she's happy. I'm feeding off her energy."

Jon Moxley and Renee Young met while working for WWE, and got hitched in 2017

Jon Moxley made his WWE main roster debut in late 2012, as a part of The Shield. Renee Young started working for WWE in the same year. The two began dating in 2013 and got married four years later.

Jon Moxley left WWE last year and went on to make his big debut at AEW's first show, Double Or Nothing. He had been dissatisfied with his position in the promotion for a while at that point and decided to look out for greener pastures. Moxley has been doing well for himself ever since. Renee, on the other hand, left WWE following the SummerSlam 2020 event. She hasn't provided an update yet, as to where she will end up working in the near future. If Moxley's words are any indication, something big is certainly brewing up and Renee Young might make a major announcement somewhere down the line.