Opinion: 5 Mistakes Juventus Coach made as Barcelona defeats them 2 goals to nil from the away spot.

The hottest Champions league anticipated group stage match was clearly Juventus vs Barcelona. Everyone hoped to see the legendary players Cristiano Ronaldo and Lionel Messi in action but unfortunately Ronaldo was nowhere in the match due to his health status (Covid 19 positive). The match ended in favour of the Spanish team Barcelona as they defeated Juventus 2 - 0. After a clear review of the match, these are the five mistakes Pirlo made in the match which cost Juventus a win in their home.

1. Not substituting Demiral when he received the first yellow card; 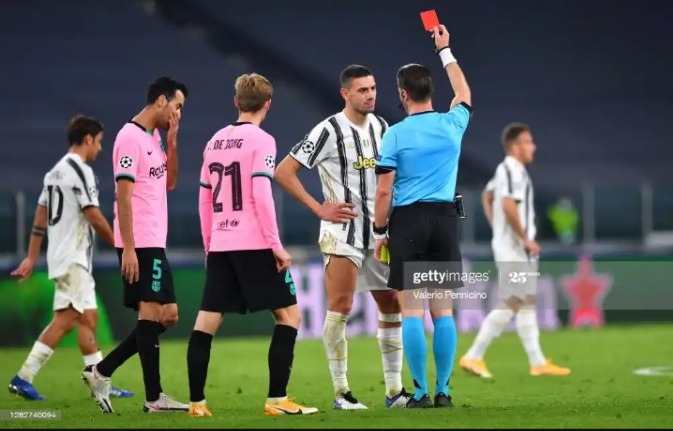 Yes I will say that this crucial mistake was the last straw that broke the camels back. Merih Demiral was given the first yellow card in the 70th minute of the match. Pirlo had good time to make a substitute but he left him to continue playing in such an important match. Demiral was so unlucky to receive the second yellow card as he tripped Miralem Pjanic in the 85th minutes of the game. Prior to this, the defensive blunders of Demiral was a good reason for Juventus boss to have substituted him earlier in the game and this led to their defeat.

2. Lack of a coordinated team players;

The Italian giants lacked team coordination against Barcelona yesterday. They were not at their best to stop the Spanish club at all cost from claiming a win. If the coach had prepared his boys fully to face Barcelona, I bet you the scores will really be different from what it ended (2 - 0). 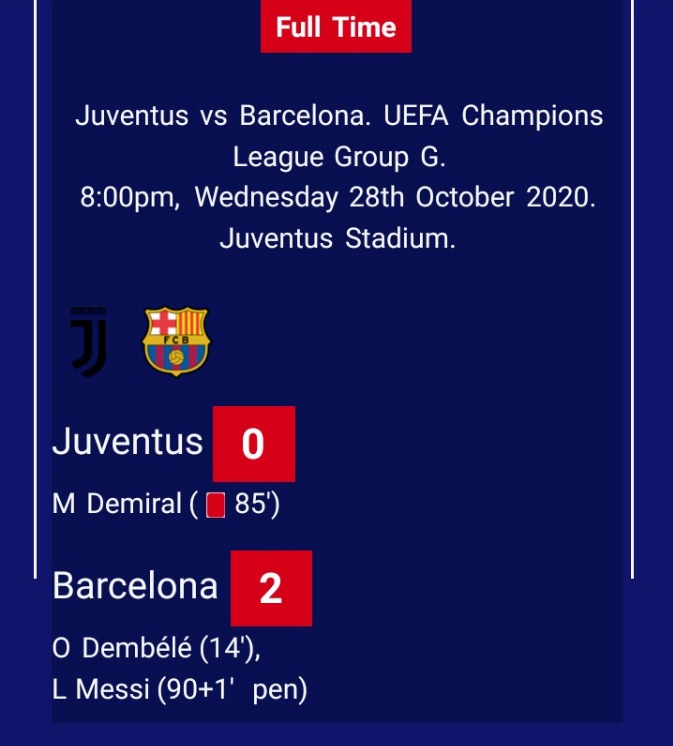 3. Making the starting line up without former Barcelona player Arthur;

The former Juventus player Pjanic played full time for Barcelona and used the playing experience of his former team in playing against them. This was what Pirlo should have done in the side of Arthur who had known the playing pattern of Barcelona team. Arthur was in the bench not until the 83rd minutes of the game when Bentacur was substituted for him but they was only 7 minutes remaining for the match to end.

4. Starting the match with an unbalanced team squad; 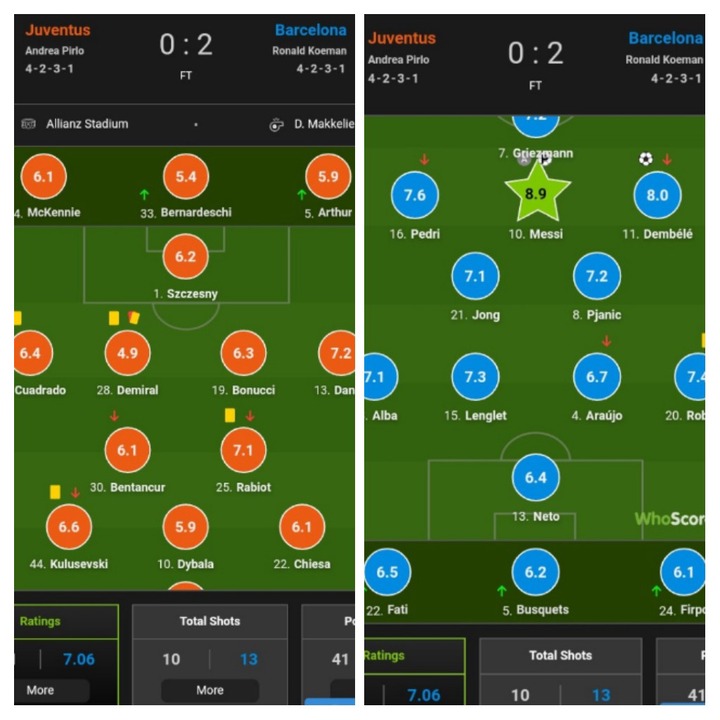 The 4-4-2 formation Juventus team played yesterday wasn't food for them. They were clearly dominated by Catalan giants even at their very own Allianz stadium. Maybe the 4-3-2-1 formation would have suited the team since Ronaldo wasn't around and this would have probably helped Alvaro Morata to score in that match.

5. Not finding a good substitute for Cristiano Ronaldo; 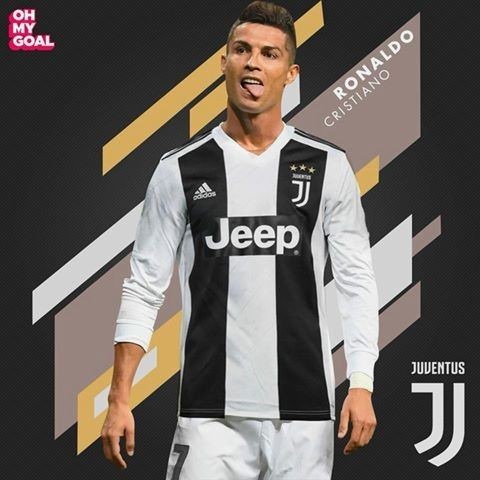 This was a clear action the Juventus boss ought to have taken. I will say that Cristiano's absence really affected the home team as even Morata was not able to score. Ronaldo have always been the hardworking type and in this kind of crucial match, he would have scored for his team or assisted a team mate in scoring. 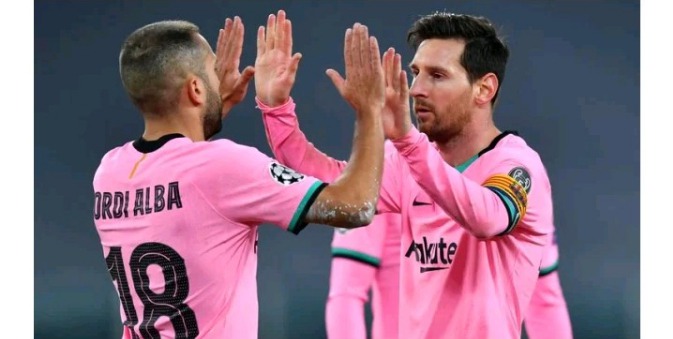 Some Juventus fans still says if Ronaldo was around, Barcelona wouldn't have won Juventus, do you think that it is possible or true?