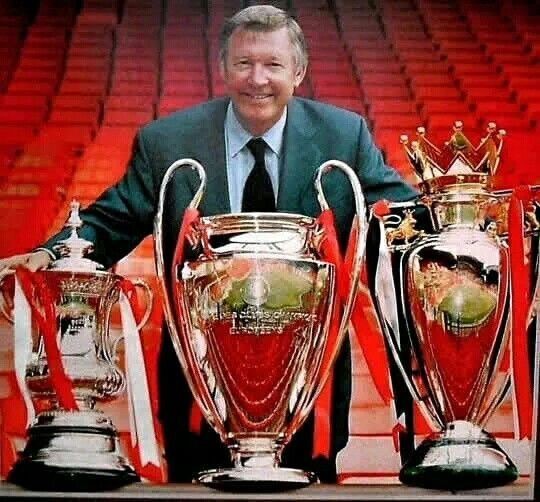 So the story goes, Schmeichel wrote to Liverpool in 1991 professing his admiration for the recently dethroned league champions and asked for a trial. With Bruce Grobbelaar coming towards the end of his time at Anfield, Souness considered his options and pondered making a move for Schmeichel before ultimately deciding to stick with Grobbelaar and his deputy, Mike Hooper, with David James lined up as Grobbelaar’s ultimate successor.

Schmeichel famously went on to sign for Sir Alex Ferguson and Manchester United.

In the summer of 1999, James and Schmeichel left Liverpool and Manchester United respectively. James did so as the proud possessor of a League Cup winners’ medal.

Schmeichel…well, it’s fair to say he’d won a few more pots and pans along the way.

Making his breakthrough in his native Denmark, Schmeichel was, of course, best known for the eight glory-laden seasons he spent at Manchester United between the years of 1991 and 1999.

Before he arrived at Old Trafford for the princely sum of £500,000, Schmeichel had already played more than forty times for Denmark and had won a multitude of honours with Brondby. A league champion four times in five seasons between 1987 and 1991, Schmeichel also assisted the side in winning the Danish Cup in the one season the title was taken.

Seeking a replacement for the stop-gap Les Sealey, Sir Alex Ferguson swooped in where Graeme Souness hesitated and sealed what he considered to be the best-value-for-money transfer of his managerial career.

An imposing figure in the green of United, Schmeichel grew, both figuratively and literally, during his time between the stocks at the Theatre of Dreams. Many strikers having found themselves through on goal with just Schmeichel to beat suddenly lost their nerve at the sight of the Great Dane spreading himself and thus failed to convert.

Schmeichel’s stock-in-trade was the Star Jump. This was a manoeuvre by which the keeper would make himself as big as possible by leaping in the face of a forward who was about to shoot. The sight of a fifteen stone six foot four blonde adonis jumping at you limbs akimbo would be enough to put anybody off. However, this wasn’t the thinking behind such a tactic – more it was a case of making himself a bigger target as possible.

Schmeichel’s first season ended in agonising failure as United failed to end their 25-year wait for the league title due to a disastrous run-in which saw them lose three games in succession and allow Leeds United to take the last pre-Premiership trophy. The fact that United had got so close to ending the quarter-century drought was in no short measures due to the man in goal and the confidence he brought to the side.

Not exactly anyone’s idea of a shrinking violet, Schmeichel soon gained a reputation for an aggressive on-field manner. Treating officials, teammates and opponents alike, Schmeichel was always a very vocal and demonstrative character.

This did not necessarily go down well with all of his teammates and a few were rumoured to have a less than stellar relationship with him off-the-park.

One such character was, perhaps not surprisingly, Roy Keane who stated in his autobiography that he had never been able to get on with Schmeichel and the pair had come to blows in the past. Keane thought that Schmeichel’s shouting and gesturing was all for show, and he labelled the Manchester United keeper a poser.

Nevertheless, after United’s near-miss in 1992, the title was finally secured the following season and then secured a further four times by the time Schmeichel made his last appearance for the Red Devils in the 1999 European Champions League Final against Bayern Munich in Barcelona.

As is famously known, United fell behind to an early goal and then spent most of the following eighty minutes or so huffing and puffing, trying to stay in the game. With a matter of three minutes remaining and United still a goal in arrears, a corner was secured. 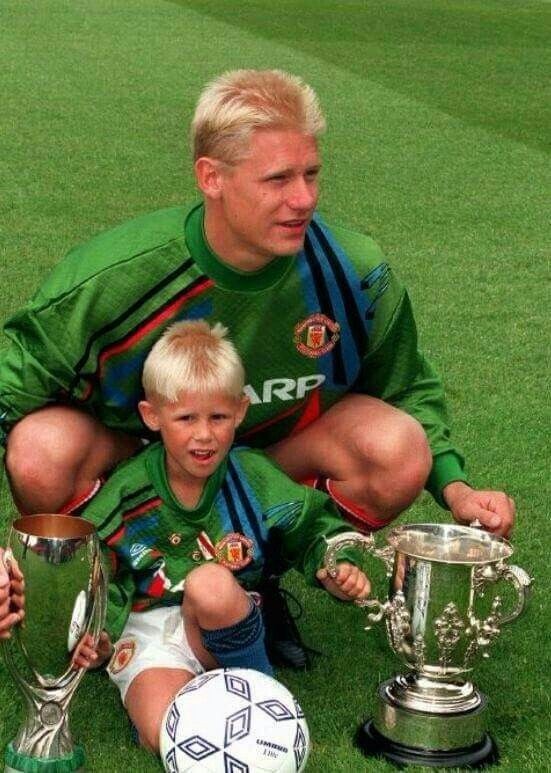 Leaving his goalmouth, Schmeichel pushed forward into the Munich goalmouth with the intention of ‘causing some trouble’. As David Beckham swung the corner over it appeared the Dane’s presence did indeed disorient the Munich defence sufficiently that they were unable to clear the ball. Teddy Sheringham’s poked equaliser followed and the rest is history.

The sight of Schmeichel in the opponents’ penalty area was not a new one. He had been doing this for years and ended up scoring more than ten goals during his career.

Deciding to bow out of absolute top-level football while still at, or very near, his peak, Schmeichel left Old Trafford for the Portuguese side, Sporting CP. Two successful seasons followed with the league title secured in 2000.

Drawn back to the Premier League, Schmeichel signed for Aston Villa in 2001, staying for one season before moving back to Manchester to play out the final season of his career at United’s rivals, Manchester City.

International recognition came in the way of a career spanning 129 caps between 1987 and 2001. The highlight of these years was undoubtedly the successful 1992 European Championship campaign when Denmark triumphed in the finals in Sweden despite not originally qualifying for the tournament.

Schmeichel was a goalkeeper who, at his very peak, was recognised as one of the best in the world. His legacy is such that many a wise fan consider him to be the greatest goalkeeper in Manchester United’s history and the best in the three-decade existence of the Premier League.