Roman Abramovich has given his consent to Frank Lampard’s decision to shell out £91million to sign the Atletico Madrid goalkeeper Jan Oblak this summer.

A series of underwhelming performances produced by Kepa Arrizabalaga has made Lampard doubt his first-choice goalkeeper’s capability to provide security to his infield teammates.

Although Chelsea have yet to make a final decision on the Spanish shot-stopper they brought in for £71.6m from Atheltic Bilbao in summer 2018, the Blues seem likely to sanction his transfer if they manage to strike an agreement with Atletico Madrid. 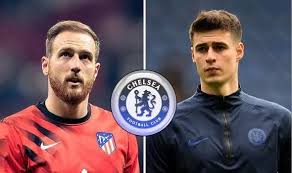 The Premier League heavyweights seem to have no hesitation about shattering their own world-record fee paid for a goalkeeper, as Lampard sees Oblak as a necessary asset to bolster Chelsea’s hopes of winning the title next season.

Indeed, the English manager has persuaded the club owner Roman Abramovich to ‘green light’ Chelsea’s pursuit of the Slovenian star.

Widely regarded as one of the best goalkeepers on the planet, Oblak has played a pivotal role in Atletico Madrid’s success under Diego Simeone, making over 250 appearances in various competitions for the La Liga outfit.

The 27-year-old moved to the Wanda Metropolitano from Benfica in 2014 for a rfee of €16m. But, Los Colchoneros are likely to demand at least five times that figure to allow their first-team star to leave the Spanish capital. 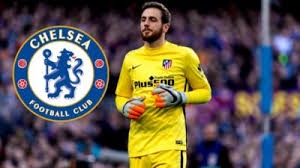 What’s more, Simeone holds Oblak in high esteem and is reluctant to renounce his services, knowing that finding a goalkeeper of similar qualities is almost impossible at this point.