Ranked: The Top Ten English Teams That Have Ever Played In The Champions League The 2007/2008 Manchester United team has been ranked as the best English team that have ever played in the Champions League.

The team, which of course was headed by the lengendary Sir Alex Ferguson saw off Barcelona in the semis before defeating English rivals Chelsea in the finals to lift the cub in Moscow just few weeks after retaining the Premier League crown. 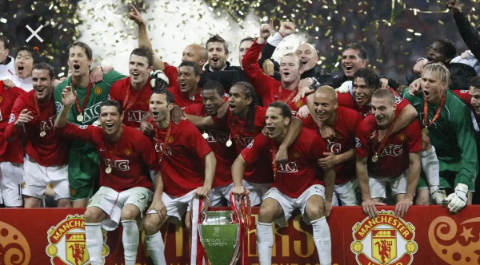 Cristiano Ronaldo ended the competition as the top scorer with 8 goals to his name. His pairing up front with Tevez and Rooney was a nightmare to defenders.

Liverpool's 2018/2019 team meanwhile have been ranked the second best English team to have played in Europe's elite club tournament.

Jurgen Klopp's men looked set to exit the competition having been trashed 3-0 by Barcelona in the first leg of their semi-final clash at the Camp Nou. However, The Reds did a remarkable come back at Anfield; they completely dominated Barcelona and won the match 4-0 to the surprise of everyone.

They would later go on to win Tottenham Hotspurs 2-0 in the finals and lift their sixth European crown in their history.

So without further ado, let's have a look at the top 10 best English teams to have ever play in the Champions League as ranked by the ever reliable FourFourTwo.