By Emmanuelgab (self media writer) | 6 days ago 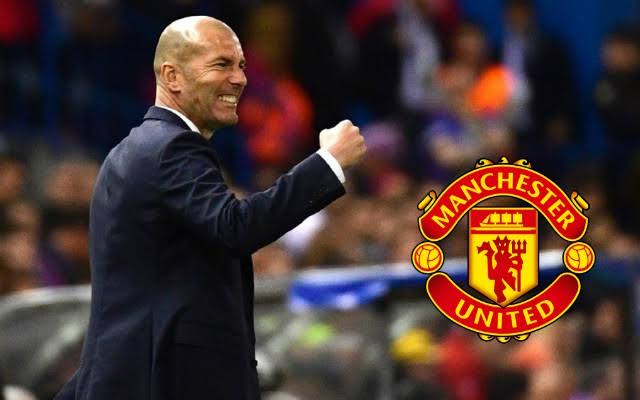 So far this season, Man United have had an underwhelming start in the opening seven (7) league games. They now occupy fourth (4) in the league with games against the Big Six yet to come up. Despite the fact that the board are still confident that Ole Gunnar Solskjaer is right Man at Old Trafford, there are fans who demands that his contract be terminated as soon as possible and want an immediate replacement. Many fans have anticipated Zidane to be Man United's new head coach. In this article, I will be discussing the impact Zidane would make if he eventually becomes Man United's new head coach.

There is no doubt that Zinedine Zidane is a top Manager in the world of football given the amount of titles he won during his reign at Real Madrid which includes two (2) LA liga trophies and three (3) Champions league trophies. If he eventually joins Man United, he'll be one of the top Managers adding to the likes of Pep Guardiola, Thomas Tuchel and Jurgen Klopp. It will be exciting to see these top Managers engage in what will be a fierce title rivalry.

During Zidane's reign at Real Madrid, he has been known as one of the Managers who was accustomed to attacking football which featured a front three comprising of Ronaldo, Benzema and Bale. Over the years, Man United have been known to have adopted a counter attacking strategy against teams like Liverpool and Man City. That could change if Zidane is appointed at Man United. Also, Man United have several attacking players at their disposal which includes Rashford, Greenwood, Martial, Ronaldo, Cavani and Sancho. It will be no surprise if Zidane makes Man United the best attacking team given the players he'll have at his disposal.

Content created and supplied by: Emmanuelgab (via Opera News )

3 Local Vegetables That Can Help To Boost Your Blood Amount And Circulation.