MAN UNITED VS QPR: How Manchester United could line up for today's encounter.

The Red Devil's would be hoping to record another pre - season victory when they face familiar opponent Queens Park Rangers in a club friendly match.

The fringe players are once again expected to be named in the starting line up due to the absence of required numbers of first team players.

Here is how Manchester United could line up for today's encounter against Queens Park Rangers; 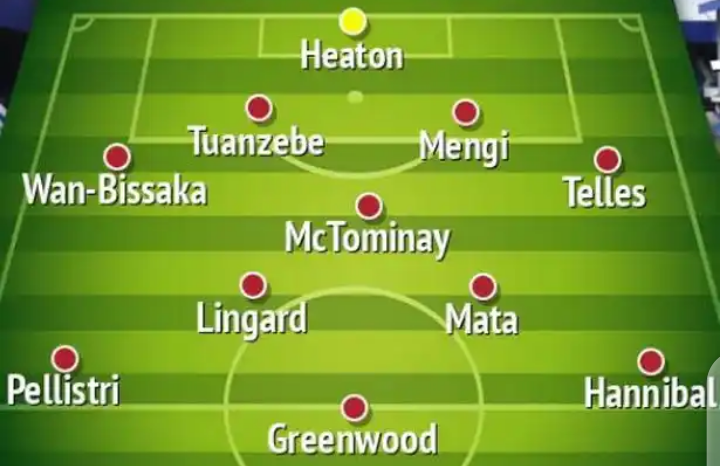 The Manchester United head coach Ole Gunnar Solksjaer could line up by using a 4 - 1 - 4 - 1 formation in which Tom Heaton would be in between the sticks, Alex Telles and Aaron Wan Bissaka as full backs, Alex Tuanzebe and Mengi as center backs, Scott Mctominay as lone defensive midfielder, Jesse Lingard and Juan Mata as attacking Midfielders, Pellistri and Hannibal as wingers, Mason Greenwood as the center forward. 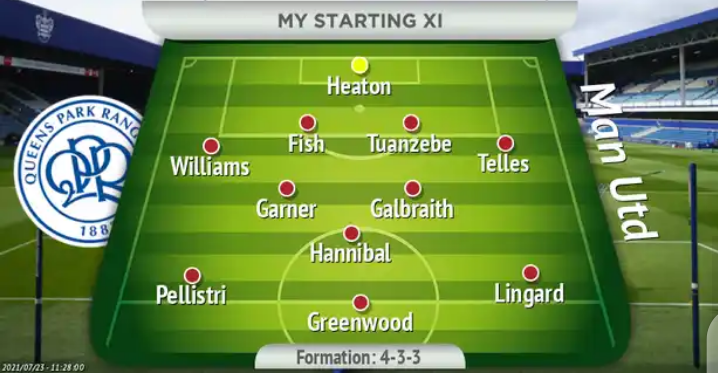 The Manchester United head coach Ole Gunnar Solksjaer could line up by using a 4 - 2 - 3 - 1 formation in which Tom Heaton would be the goalkeeper, Alex Telles and Brandon Williams as full backs, Alex Tuanzebe and Fish as center backs, Garner and Galbraith as defensive midfielders, Hannibal as lone attacking Midfielders, Pellistri and Jesse Lingard as wingers, Mason Greenwood as the striker.