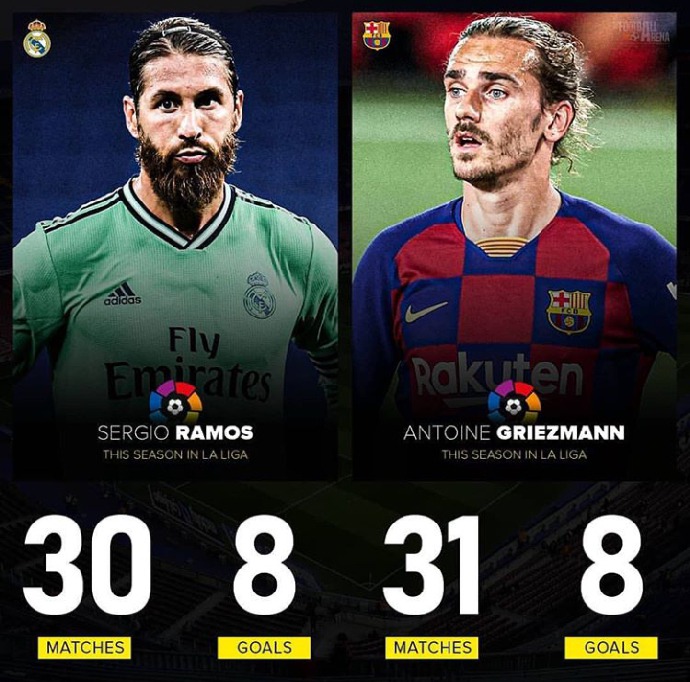 This looks funny comparing Sergio Ramos to Antoinne Griezmann. But this statistics is only for La Liga competition only. Comparing a forward and Defender seems stupid but Sergio Ramos is currently the top goalscoring defender this season. He also scored a freekick this season. This shows that despite being a defender that he still have the potential to be a striker. He successfully scored all real Madrid penalties this season. He played 30 games this season and he scored 8 goals in total.

Meanwhile Antoinne Griezmann have been trying to find a balance in the team. Setein have misused him in the position that isn't his favourite. He have struggled to keep up, despite the fact this is his first season at Barcelona, he have managed to score as much goal as Neymar during his first season in Barcelona. He have scored 15 goals in total in all competition but only Eight of the goals came from La Liga. He will likely improved next season and so Barcelona would have to be patient to see his performance next season.