After intense protests from fans, the football clubs who initially joined the European Super League have decided to pull out of the controversial competition. However, it remains to be seen what the ramifications will be for the 12 clubs dubbed "The Dirty Dozen."

Credit has to be given to the fans, while the focus will now be on the owners of the clubs who decided to take part in the ESL. Personalities like Arsenal's Stan Kroenke, Manchester United's Glazers and Liverpool's John Henry are under immense scrutiny right now.

AdvertisementThis serves as a timely reminder that football is for the fans, and the game is nothing without them.

We now take a look at the 5 things that led to the downfall of the European Super League.

The crackdown began almost immediately after the announcement of the European Super League. UEFA was fuming, and president Aleksander Ceferin made his thoughts about the competition abundantly clear.

"We will take all the sanctions that we can and we will inform you as soon as we have a clear answer. My opinion is that, as soon as possible, the players have to be banned from all our competitions."

"It's a nonsense of a project. This idea is a spit in the face for all footballer lovers and our society. We will not allow them to take this away from us."

The EFL also released a strongly-worded statement, and there were reports that the clubs involved with the European Super League would be removed from their respective leagues.

Even the Prime Minister of the United Kingdom, Boris Johnson, expressed his displeasure, highlighting the severity of the situation. All this pressure was bound to work.

The anger of the various non-Super League clubs was extremely clear, with various social media reactions ranging from disappointment to outright rage.

Wolverhampton Wanderers even crowned themselves the Premier League champions of the 2018/19 season, having finished 7th behind the sides in the European Super League.

Various clubs released statements expressing their anger and displeasure at the creation of the competition.

There were reports that non-ESL clubs wanted European Super League clubs out of their leagues, and this backlash served as a reminder that money is not the be-all and end-all. 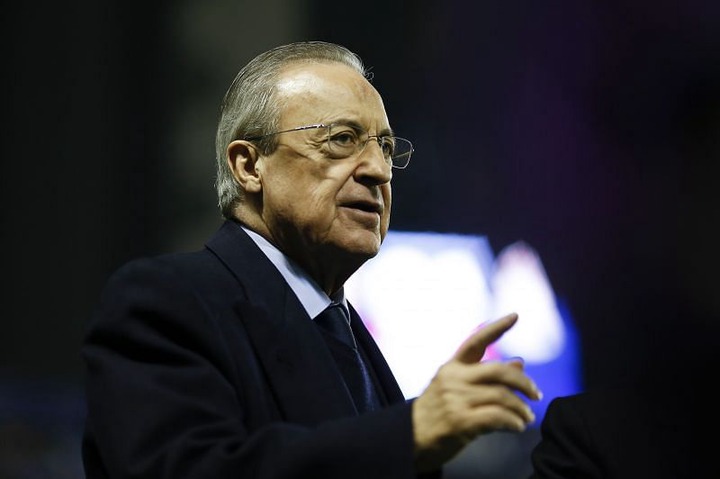 Actions of the players

Paris Saint-Germain's Ander Herrera posted an emotional post condemning the creation of the European Super League, and many current and former players did their part as well.

Manchester United's Marcus Rashford, Luke Shaw and Bruno Fernandes made their feelings clear, while Gary Neville's passionate speech on the topic was widely viewed. Liverpool captain Jordan Henderson called for a meeting of the Premier League captains and subsequently posted his thoughts on social media.

Perez stated that 16 to 24-year-old fans were not interested in football and suggested that reducing the minutes in football could be a possible solution. This was met with widespread criticism.

He also said that clubs had lost a lot of money in recent seasons, and the European Super League was the correct way to go

"No one has interest in the Champions League until the quarter-finals. What generates the most interest? Let the greats play. We’re doing our best for the sport. The Champions League has lost its attraction, we have created the Super League to save football. We have to change something to make this sport more attractive at a global level."

Perez's interview accelerated the protests, with fans taking to social media to voice their fury.

The one thing that truly caused the downfall of the European Super League was the fan protests.

Fans took to the streets to protest against the creation of the European Super League. Liverpool's match with Leeds United saw fans attempting to block the Reds' bus from entering Elland Road. Chelsea fans did their part too, forcing Petr Cech to confront them outside Stamford Bridge.

Football is a game for the fans. The unity shown against the greed of club owners will serve as a warning for club owners before any other attempt like the European Super League is made again.

Opinion: 2 major reasons why Chelsea will Sack Thomas Tuchel before the end of the year.

Arsenal FC join Man City, AC Milan, and Monaco in the race to sign former Chelsea star in the summer

Edison Cavani's goal celebration is not for fashion, See the meaning behind it