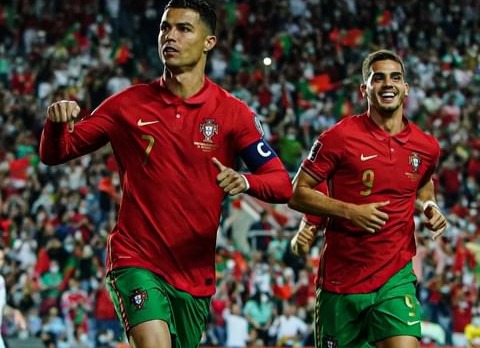 Football icon and five times Balloon d'or winner, Cristiano Ronaldo was in action yesterday for Portugal in their 6th game of the Group A FIFA World Cup qualifiers against Luxembourg at the Estadio Algarve.

The Portuguese magnifico continues to his impressive run of form in the show of the night as he scored a brilliant hat-trick to extend his international goal tally for Portugal to 115, and as such strengthen his stand as the all-time top scorer in that category. 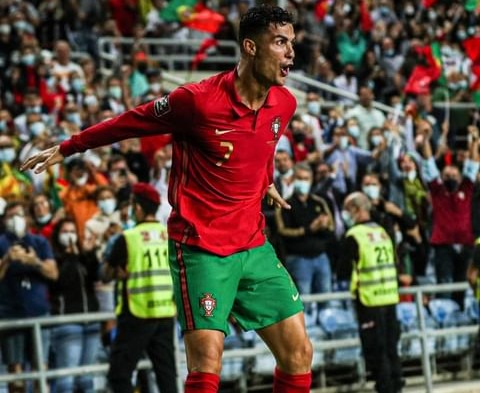 Cristiano Ronaldo's brace from the spot and Bruno Fernandes' strike gave their side 3-0 lead in the first half going into the break.

In the second half of the game, Joao Palhinha extended the lead for the host to make it four nil before Cristiano Ronaldo got his hat-trick of the night as it ended five massive goals to nil at full time.

Cristiano Ronaldo with his hat-trick has now scored a total of 794 career goals and he is now just six (6) goals away from reaching 800 career goals milestone. 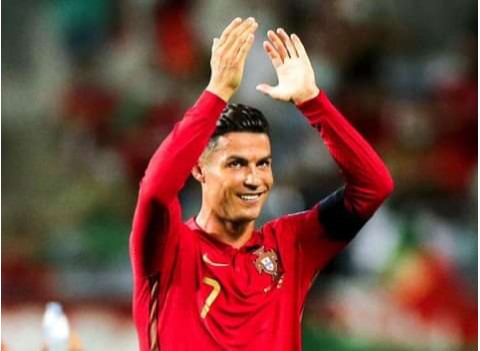 The forward enigma has now set a new record by becoming the all-time hat-trick leader in men's international football with his hat-trick of the night taking his tally to 10, which is the most of any player in history.

Portugal with the massive win now sit at the second spot on the table with 16 points in 6 games played and as such be hoping to keep the winning streaks going in their next fixture, so as to continue their pursuit in the campaign. 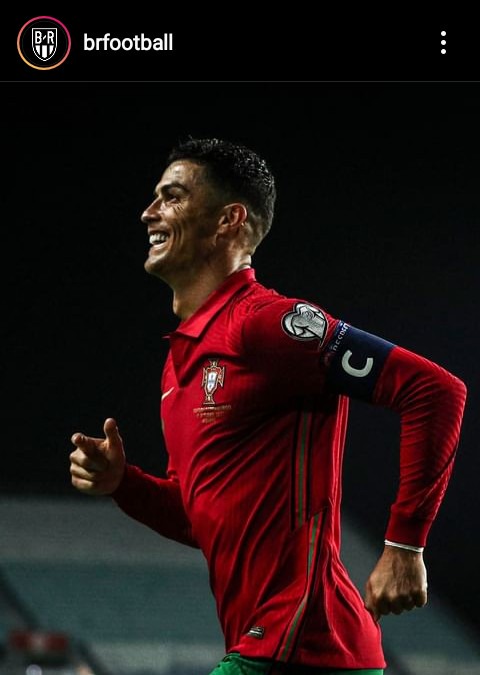 Congratulations once again to Cristiano Ronaldo as he keeps defiling all odds despite been at 36 years of age.