Before Calling Messi Your World Best, Please Take A Look At His Bad Side 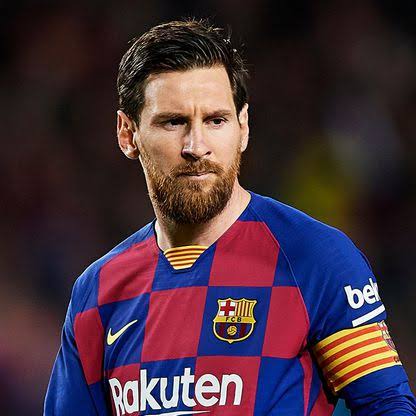 Lionel Messi is an Argentine professional footballer, who plays as a forward and captain, both for the Spanish club Barcelona and the Argentina national team. He has won the Ballon d'Or awards for six times, and often considered the best player in the world.

Lionel Messi is arguably the greatest player ever, and that he’s powerful enough to make any opponent who fronts up to him eventually feel a little intimidated.

As a captain and star man, Messi has this influence and the responsibility of making his team’s fortunes whenever he is playing for his country, Argentina.

One thing about this most loved player of all-time is, even with his gentle looks, Messi is never a pushover. Messi was involved in bust-up with Bolivian players in 2016, reacting badly and squaring up to Jhasmani Campos after being fouled. Campos, however, accused Messi of disrespecting Bolivia after coming on as a second-half substitute.

The player accused Messi of making fun of them. He said "A player of his talent should not be doing what he did. He carried out some unnecessary moves to make fun of my teammates"

Again during Argentina vs Croatia in the 2018 World Cup group stage match, Messi was involved in a bust-up with defender Ivan Strinić, angrily pushing away his opponent’s leg after coming together.

After Argentina crashed out of the 2019 Copa America to Brazil at the semi-final stage, the world best player, Lionel Messi, made the following unpleasant post match comments,

"They [the officials] had booked a lot of bull****, but they didn't even check the VAR, that's incredible," Messi also said, "At the first glance of contact, they ruled in their [Brazil's] favour and this kind of bull**** distracted us from the game"

Messi might be rated the best in the world, does it mean he is a saint and flawless? NO.