Manchester United takes on Chelsea in the FA cup semi-final at Wembley Stadium on Sunday evening. Blues boss Frank Lampard held his pre-match press conference via video link this afternoon and he confirmed a major blow after ruling N’Golo Kante out of this weekend’s trip to Wembley.

Kante who miss Chelsea last three premier league games due to a thigh injury subtain, during their win over Watford, was expected to be fit to face United in the FA cup on Sunday. 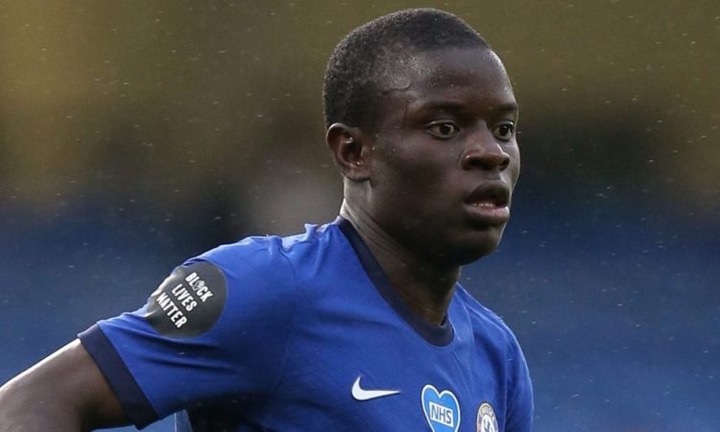 However, Frank Lampard confirmed that, the France International will not be fit to in time to make the squad against United on Sunday.Frank Lampard speaking to journalist he said "the squad is okay except for N'Golo Kante who will not be fit for the match. Other than that, we have a few people with a few niggles which we will monitor in the next 24 hours".

Chelsea will be without the young midfielder Billy Gilmour, who has been ruled out for four months following a knee surgery. Luke Shaw and Brandon William are been in doubt to make the match day squad to face Chelsea on Sunday, according to Man Utd head coach Ole Gunnar Solskjear.

Luke Shaw who miss United win over Crystal palace, pick up an ankle injury in United 2-2 draw against Southampton, while Brandon Williams also miss the game against due to a cut above his eyes.

Both players will be assessed to know their availability before the game, and Solskjear believe that one of them should be fit, while Tim Fosu-Mensah who started at left-back against Crystal Palace on Thursday will earn a spot.

Man Utd are certain to be without Phil Jones and Axel Tuanzebe against Chelsea on Sunday as they’ve been ruled out for the rest of the season so Solskjaer could be without four players this weekend depending on Shaw and Williams’ availability.

Sergio Romero could start in goal having played in the previous round in the FA cup.