10 Acts of Racism in Modern Football.

1. On 8 of December 2020 in a Champions League match between Paris Saint-Germain and Istanbul Basaksehir both team refused to continue the match after 14 minutes, because the fourth official Sebastian Coltescu racially abused Istanbul Basaksehir's assistant coach, Pierre Webo, calling him "Negru"which is a Romanian word for black. 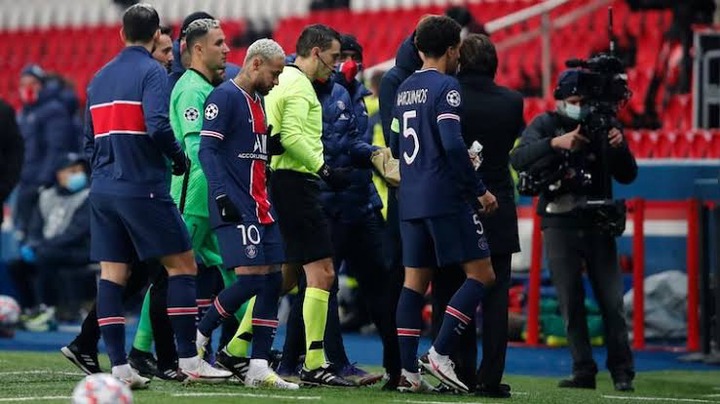 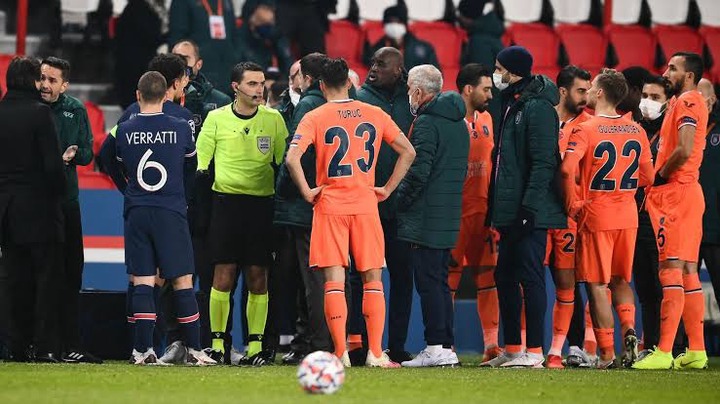 The match was abandoned and rescheduled to start the next day.

2. On The 25 of March 2006, in a match between Sachsen Leipzig and Hallescher FC, Nigerian midfielder Adebowale Ogungbure who plays for Leipzig at that time was spat at and called a " nigger" and "ape" by Hallescher fans, and later aimed monkey noises each time he touches the ball. In retaliation he placed two fingers above his mouth in reference to Hitler's mustache and performed a Nazi salute. Ogungbure was arrested by German police, for making the Nazi gesture, but was released 24 hours later. 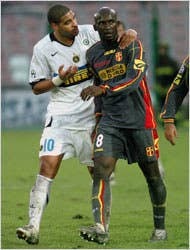 3. On the 3rd of January 2013, then A.C Milan midfielder Kevin Prince-Boateng, and his team mates, walked off the pitch early in a friendly match against Pro Patria after racial abuse from fans who kept making monkey sound anytime he touches the ball. 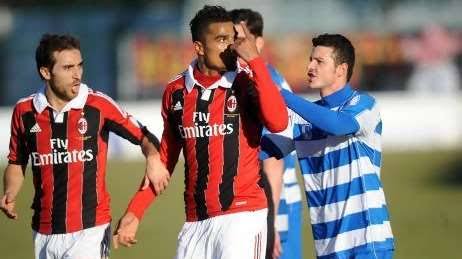 4. On 11 May 2014, bananas were thrown at Milan's Kévin Constant and Nigel de Jong, both black, by Atalanta fans during their 2-1 defeat of A.C Milan. Atalanta were later fined €40,000 for the incident. 5. In November 2019, in a match between Brescia and Hellas Verona, Mario Balotelli was racially abused by Hellas Verona fans, in retaliation balotelli kicked the ball into the crowd and threatened to walk off the pitch, but was calmed down by his team mates and the referee. Hellas Verona handed 11 years ban to the club's ultra leader due to the incident. 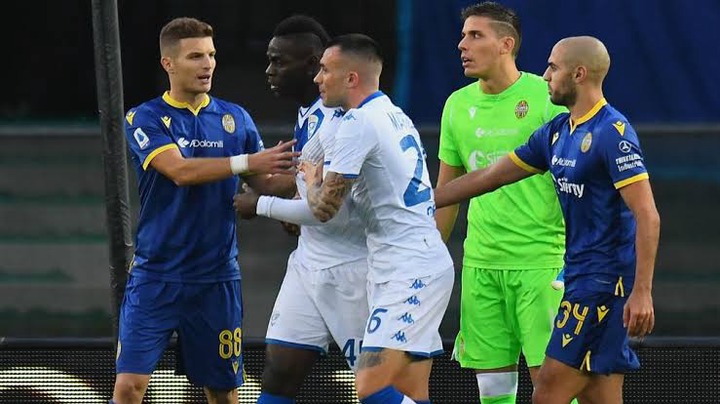 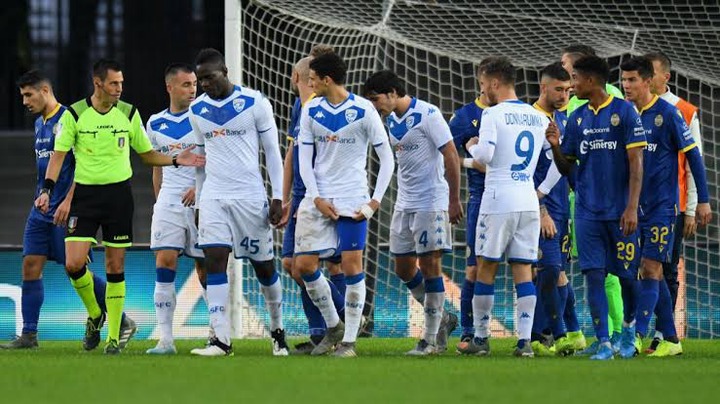 6. On the 20th of August 2010, Russian born Nigerian forward, Peter Odemwingie, was racially abused by Locomotiv Moscow fans when he left the club and joined English Premier League team West Bromwich Albion. Photographs showed Lokomotiv Moscow fans celebrating the sale of Odemwingie through the use of racist banners. 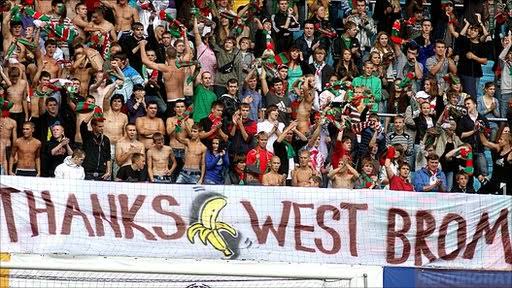 One banner included the image of a banana and read "Thanks West Brom".

7. In March 2011, when Roberto Carlos was still playing for Anzhi Makhachkala in the Russian Premier League, during a match against Zenit Saint Petersburg, a banana was held near the player by one of the fans as the footballer was taking part in a flag raising ceremony. In June that same year, in a match away at Krylia Sovetov Samara, Roberto Carlos received a pass from the goalkeeper and was about to pass it when a banana was thrown into the pitch close to were he was, he picked it up and threw it to the sidelines and walked off the pitch before the final whistle and raising two fingers at the stands, indicating this was the second time of such incidence. 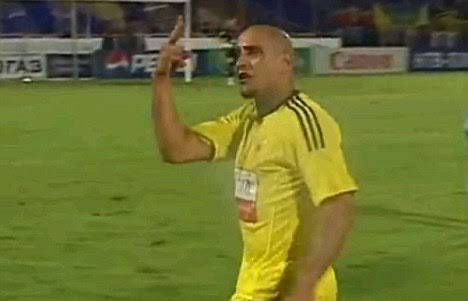 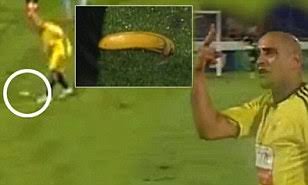 8. On the 27th of April 2014, in a match between Barcelona and Villareal, Dani Alves while still playing for Barcelona was targeted by Villarreal fans, who threw a banana at him. Alves picked up the banana, peeled it, and took a bite. 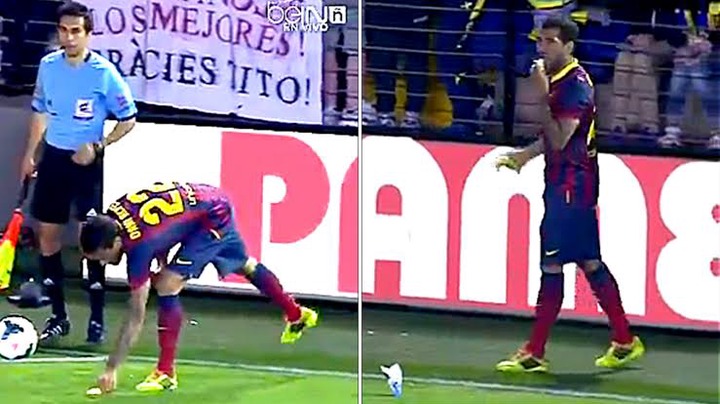 Villarreal were later fined €12,000 for the incident.

9. 15 October 2011, Luis Suarez racially abused Manchester United's Patrice Evra, Suárez used the word "negrito" towards Evra, meaning "little black man" in Spanish. However Suárez said it wasn't his intension as the word meant something else in South America were he came from, Suarez was eventually fined £40,000 and banned for 8 matches. 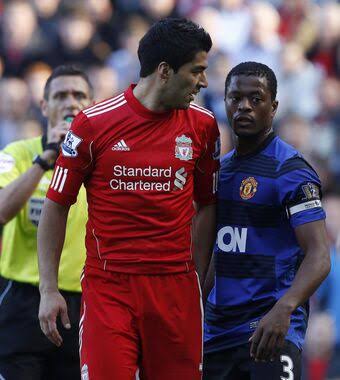 10. In December 2018, a Tottenham Hotspur fan was fined £500 and banned from entering the stadium for four years after throwing a banana skin at Pierre-Emerick Aubameyang during Arsenal 's 4-2 win against Tottenham.Aubameyang scored twice. 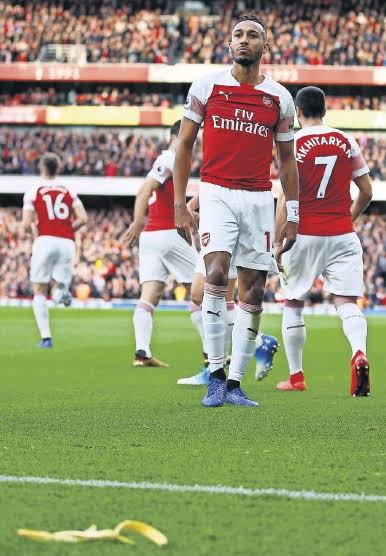 So what do you think is the best solution to end racism in football?

Are you planning to go into Agriculture, check out important benefits of Bee keeping

Could this be another Grammy Hit? Don Jazzy and Burna Boy seen in the studio (video)

Checkout five BBNaija female housemates who have their own businesses

Ozo BBN Vs Nengi's Brother, James, who is most handsome?

Here are short gown styles made with Ankara that are certain to make you look elegant at any party.