Best football players in the world 2020

By Brightqueen (self media writer) | 1 year ago 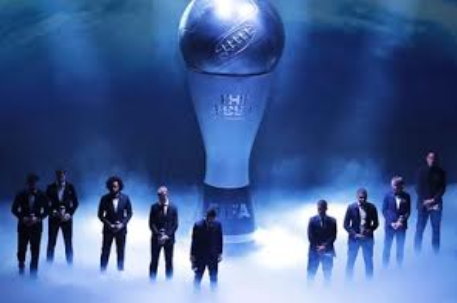 A new generation of younger superstars are clawing their way into the spotlight,but the old guard aren't done yet.

To set the criteria for our list,we have selected our top 10 football players in the world based on personal talent and achievements across the last couple of years. Among those who don't make the top 10 cuts,Erling haarland - arguably the world's most in-form striker in 2020 as well as mohammed salah and raheem sterling. Both players produced unbelievable form in 2018/19 and a strong case could be made for either to crack the top 10, but in salah's case,he may have been ursurped by a more consistently ferocious teammates and sterling's unbelievable campaign was preceded and succeeded with relatively lukeworm form. No players runs with such an aura of anticipation,moves with the same acceleration from a standing start,scores anywhere near the same amount of goals, significant or not while still recording equally ferocious assist tallies. No player can 'activate' like Lionel Messi and that's why he remains unopposed at the top of this list, and could do so for years to come. Messi isn't an all-action warrior,he is a conservationist in his 30s. He will stalk the right wing at walking pace for much of a 90 minute match, simply biding his time.once the ball does reach his feet messi can go from 0-100mph quicker than any other player. Christiano ronaldo's switch to juventus was a muted affair at first,cracks appeared in the sculpted athlete,the portuguese cyborg. He looked rusty at the beginning of his time in Italy, a risky move from real madrid - though admirable - appears to be in vain. For a few months,the 35 year old has found his feet in serie A and racked up the same amount of league goals in 22 games during 2019/20 as he did throughout all of last season. A ripe total of 21 strikes with time to spare. His overall juventus goal tally sit at 53 in 75 across all competitions.

And in Ronaldo, juventus boast the definitive clutch player,the ultimate dig - you - out - of - a - hole tailsman who has proven time to time again that in the big games,in the crucial moments he will claw victory from jaws of defeat in any circumstances. Robert Lewandowski is a striker from a bygone era in the sense that, he's a striker. The Polish superstar is the man you want in a one-on-one situation,as clinical as they come,ruthless, composed and reliable. He's strong too, Lewandowski has led the line as a lone wolf for years and is rarely out muscled or isolated. He will go down as one of the most under appreciated talents of the last decade, perhaps his routine solitary goal in every game and pragmatic efficiency make him 'boring' compared to the other flair players on this list, however he does it lewandowski should be showered with universal praise for 231 goals in 276 games in all competitions for bayern, including 40 goals in 34 games during 2019/20. He's three goals short of his best ever season tally, having played 13 games less. Kevin de bruyne is a technical phenom. The world goes wide for trent alexander anold's crossing ability. But de bruyne may just be the best crosser in premier league history,david bechham included, he has piled up 16 assists in just 25 premier league games so far this season and will continue to post numbers in every campaign untill he leaves man city. It's tough to slip defenders into 'best of' lists with a slew of goalscorer and attacking heroes but virgil van do more than earns his place among the best right now. He is a rolls royce defender an imperious figure who never looks flustered. The dutchman is dominant on land and in the air ( in both boxes) and is comfortably one of the key cogs in liverpool's champion elect team.

It's no controversial statement to claim kylian mbappe is the odds - on favourite to top list in the next couple of years regardless of whether the old guard are still in operation. The 21 year old steered france to a world cup victory and may just be the quickest footballer I have ever witnessed. He is truely rapid and what's more, he can't half control a ball. He is still developing but mbappe is right on course for the top. He may be seeking a reverse - neymar move, a switch to a truely elite team, but time is very much on his side. Mohamed salah's omission from this list is almost as inconceivable as his rise to the top in 2018/19. But sadio mane has firmly earned his place among the current superstars following consistent,improving, and utterly deadly form in the premier league this season. Mane is a match - winner, game changer, goal scorer and assist grabber. The way he cuts inside constantly has defenders on the back foot and only appears to be growing stronger. What a strange career neymar has led so far. The one time golden boy,heir to messi's throne appeared to dip while his master continues to rise. There's no doubt neymar will look back on his switch to paris with some regret, a " what might have been" had he stayed to rule the world with barcelona. PSG has capped his potential to become an all-time great,put a ceiling where once there was only sky, but he remains a natural born star with more tricks than a magician. A goalscorer supreme- it's as simple as that. Aguero is injury - prone, as has always been the case with the argentine, but still finds himself right in the mix for the premier league golden boot every season without fail. 180 goals in 261 premier league games is enough justification to be in this list and he continues to hammer them home with styles.

Quite comfortably the most controversial choice on the list. Eden hazard's move to real madrid has been a crying shame so far with just one goal and two assists in 15 appearances. He has battled injuries, weight issues and had teething problems adapting to the real madrid system,but on his day,we all know hazard is capable of inspiring a win over any team in the world, perhaps only lionel messi glides beyond player with the same effortless driift as him. Unlike salah and sterling,hazard has displayed his talents across numerous seasons and though he may not be a fashionable name right now, there's every chance he could bounce back and take the world by storm.

Content created and supplied by: Brightqueen (via Opera News )