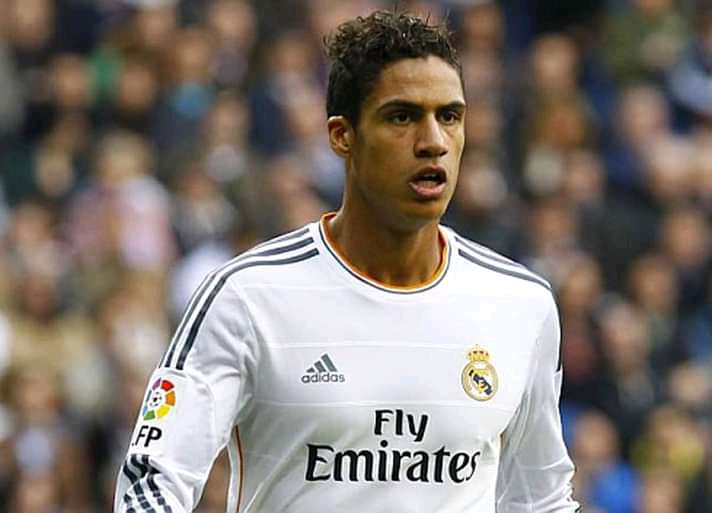 Thomas Tuchel has Real Madrid star Raphael Varane in his sights as he looks to bolster Chelsea’s options at centre back with Manchester United looking elsewhere.

The French World Cup winner, 27, is out of contract in 2022 but could leave Madrid this summer for a large fee with permission from President Florentino Perez.

Perez told El Larguero: "Varane? I’m happy of our team... if players don't want to stay at Madrid they can leave."

The potential transfer would cost a reported fee of £60 million and according to Bild’s Christian Falk, Varane is the “No.1 on the shortlist of Chelsea FC.”

Varane would provide competition for the likes of Cesar Azpilicueta, Kurt Zouma and Thiago Silva, who is discussing a contract extension. 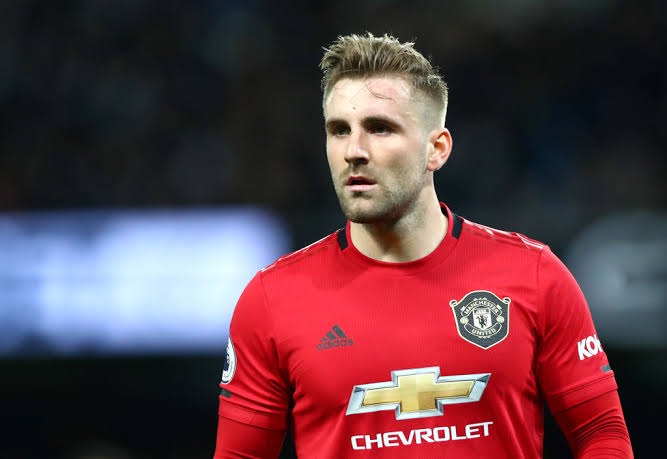 Luke Shaw will be rewarded for his excellent season with a new contract at Manchester United, according to reports.

The left-back has racked up 40 appearances in all competitions and has been a standout performer in Ole Gunnar Solskjaer's side.

Though he has two years remaining on his current deal - which is worth £150,000 per week - Old Trafford chiefs are keen to tie him down to a new long-term deal with improved terms.

That's according to the Daily Star , which adds Alex Telles is unhappy with his lack of opportunities in Solskjaer's side and may look for a summer exit.

Many expected the Brazilian would share minutes with Shaw after he arrived from Porto in a deal worth a total of £15.4million last year. 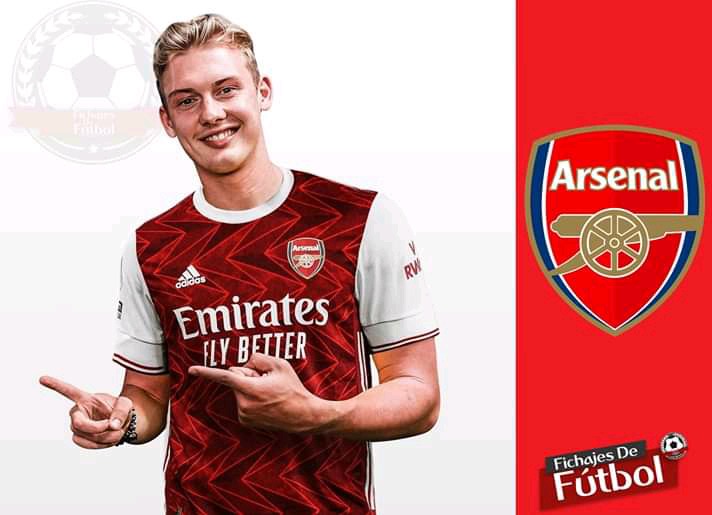 Arsenal are reportedly set to revisit their interest in Borussia Dortmund midfielder Julian Brandt in the upcoming summer transfer window.

According to BILD’s Christian Falk, Premier League bigwigs Arsenal will rekindle their interest in Borussia Dortmund star Julian Brandt this summer, as they look at possible alternatives for Martin Odegaard.

Arsenal had shown an interest in signing Brandt from Dortmund during the January transfer window earlier this year, following Mesut Ozil’s exile from first-team and subsequent departure to Fenerbahce.

However, a move did not materialise for the German international, with the Gunners instead opting to sign Odegaard on loan from Real Madrid.

Since arriving at the Emirates, the Norwegian has made a solid impression, so much so that Arsenal are hoping to sign him on a permanent basis. However, such a deal would be extremely difficult given as the north Londoners are unlikely to be able to meet Real Madrid’s lofty transfer fee demands with finances being tight and likely to get even tighter if they miss European football for next season.

To that end, Arsenal have already been drawing up a list of alternatives for Odegaard, should a permanent move be impossible. Of late, they have been linked with a move for German international Julian Draxler, who will be a free agent at the end of the season, as his contract with Paris Saint-Germain runs out. And now, Falk has claimed that the Gunners could be set to revisit their interest in Brandt. 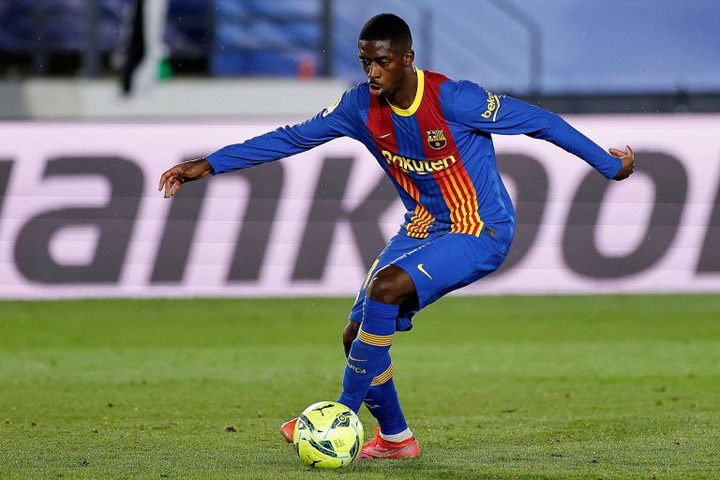 According to journalist Toni Juanmarti, Barcelona winger Ousmane Dembele is on the radar for two top European clubs should he end up leaving Spain. The Frenchman’s contract renewal has been one of Barcelona’s key agendas since Joan Laporta took office, but the door is still open to the possibility of a sale.

If there is no agreement with the Frenchman, Barcelona will list him on the market this summer even if it is for a lower price. The club’s delicate financial position is clear to everyone. In order to make further reinforcements or free up funds in other departments, they will have to take whatever reasonable offers they get.

The report suggests that right now, Serie A giants Juventus and reigning Premier League champions Liverpool are in contact with Ousmane Dembele’s representatives. The World Cup winner’s current contract with Barcelona has just over a year left before it expires in June 2022.

As of now, there have been no new developments with the winger’s renewal, but the club are still optimistic. Previous reports had also highlighted that Liverpool and Juventus are interested in the 23-year old. Manchester United and Paris Saint Germain had also kept an eye out for Dembele.

Dembele has enjoyed a fine season under Ronald Koeman, gradually beginning to show his true quality with some fine performances. After his first few injury-laden seasons with Barcelona, he is now beginning to feel like a valuable member of the squad, which may end up convincing him to sign on the dotted line of a new contract with the Catalans. 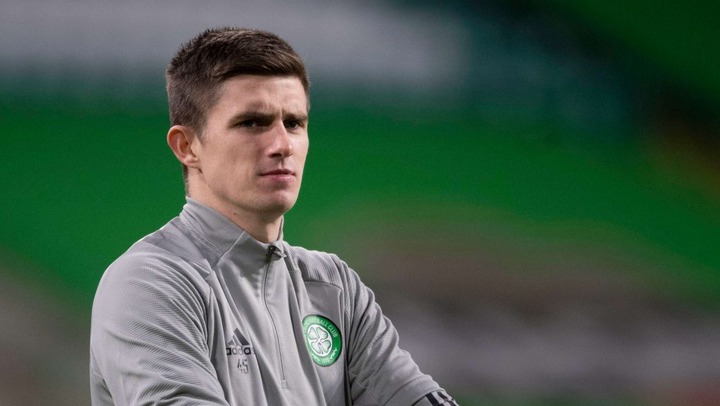 Dundee United have completed the signing of Celtic’s Ross Doohan on an emergency loan.

The Tannadice club have made the move after first choice goalkeeper Benjamin Siegrist suffered a wrist fracture that is likely to see him miss United’s remaining games this season.

With youngster Jack Newman out with a knee injury, it left Micky Mellon’s side with only Deniz Mehmet available.

Doohan will now go straight into the squad for Sunday’s Scottish Cup quarter final against Aberdeen at Pittodrie. 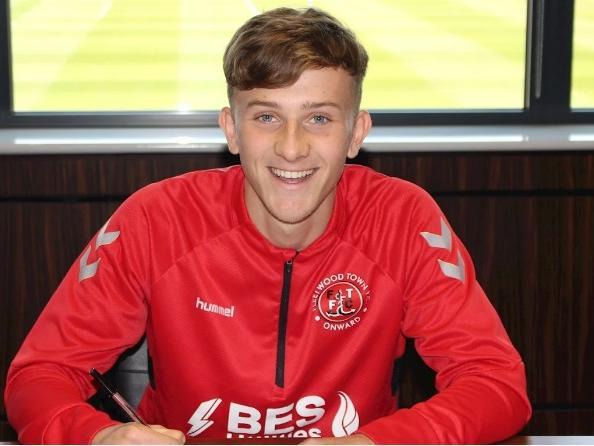 Max McMillan has become the second 18-year-old in a week to join Fleetwood Town from the youth ranks at Leeds United.

The forward follows defender Connor Teale in making the move from the Premier League club to Highbury, both having signed contracts at Fleetwood for the next two seasons, with options of a further year.

Opinion: 2 Reasons Why Chelsea May Need To Sign Another Left-Back In The Upcoming Transfer Window