WWE has announced a big title match for the upcoming episode of SmackDown. Sami Zayn will defend the Intercontinental Championship against Big E in a Lumberjack match.

Big E got the better of WWE's 'Master Strategist' during last week's 'Sami Awards,' and the former New Day member has now been presented with an opportunity to win the IC title. 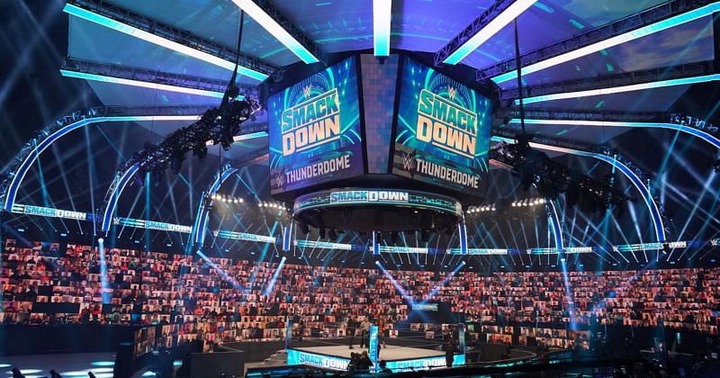 Sami Zayn picked up a win over Big E in a non-title match two weeks ago. The champion tricked the challenger by getting a count-out victory. Big E, however, got the pin on Sami Zayn during the 8-man tag team match on the TLC Kickoff show, which cemented his status as the #1 contender. Big E has moved from strength to strength since the New Day split up, and his singles push could include a second IC title win.

Since being separated from The New Day in the 2020 WWE Draft, Big E has been determined to reestablish himself as a singles competitor. Can "The Powerhouse of Positivity" overcome the endless bag of tricks from the self-professed "Master Strategist" to reclaim the workhorse title? How will the Superstars surrounding the ring factor into the equation?

The next episode of SmackDown will be the fallout show for TLC, and WWE has lined up two more Championship matches. Roman Reigns will defend the Universal title against Kevin Owens in a Steel Cage match.

The Christmas day special of SmackDown is shaping up to be a high-profile affair with three big title matches already announced for the episode. Asuka and Charlotte Flair will also defend their newly-won WWE Women's Tag Team Titles. As of this writing, Asuka and Flair's opponents have not been revealed.

While Roman Reigns should ideally pick up another win, the IC title could potentially change hands. However, Sami Zayn will have a few tricks up his sleeve despite the ring surrounded by several SmackDown roster members. The IC Championship Lumberjack match should be a fun contest when all is said and done.

It should be noted that the Christmas Special episode of SmackDown will be a pre-taped show that will air on Friday, 25th December.