By The_Penmanship (self meida writer) | 25 days

Manchester United fans appeared extremely excited after the club's victory against the London side, Tottenham Hotspur on Sunday evening. The Red Devils in their well-deserved victory exhibited quality performance and took control of the game a few minutes into the first half. Just as the match kicked off, Tottenham took possession of the game but that didn't last long after united players showed comportment and took control of the game. 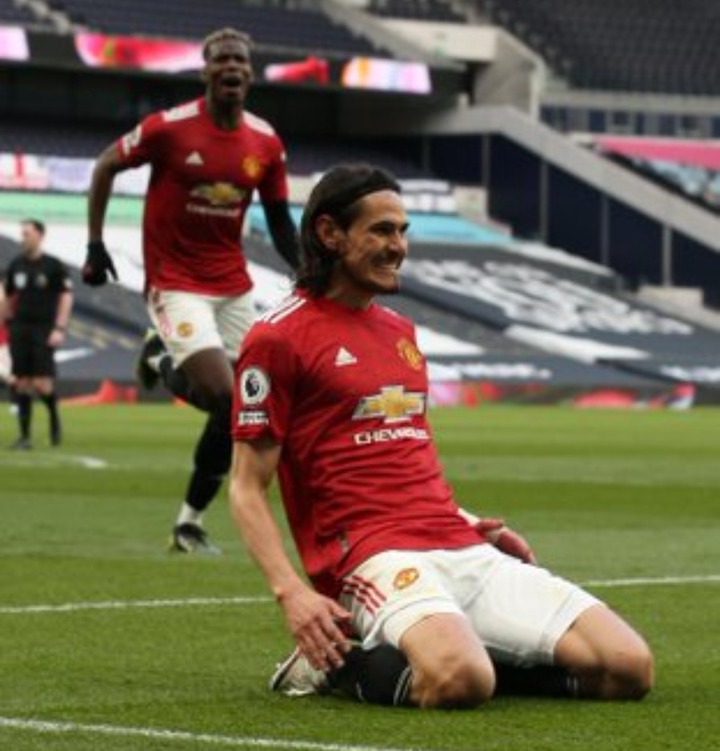 United fans were angered after the opening goal scored by Edison Cavani was cancelled after a review from the video assistant referee (VAR) based on a foul committed by McTomminay before the goal. The matter was made worst for the team and fans after Son scored against United at the 40th minutes of the game. It then appeared as if they would record another victory against the Red Devils as they did in the first leg tie. But the team came back into the second half of the game and fought back to reclaim their victory. Thanks to goals from Fred, Edison Cavani and Mason Greenwood which ended the game 3:1 in favour of Manchester United. 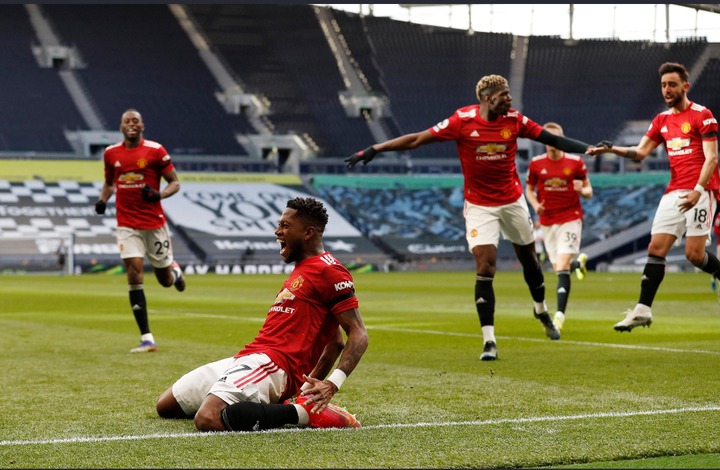 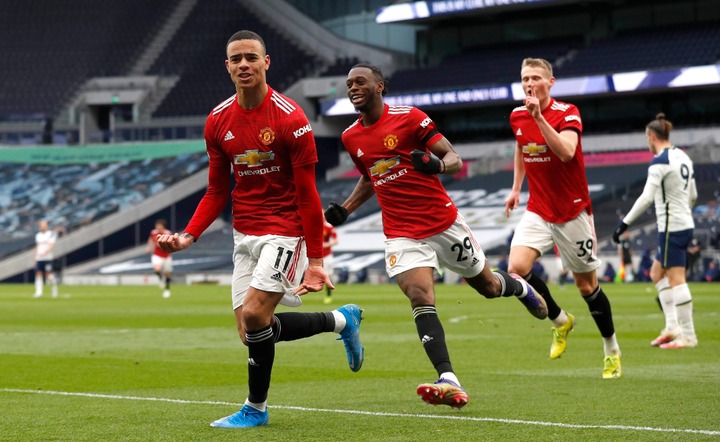 Shortly after the game, it was reported that Manchester United's teenager, Mason Greenwood made a record which only Christiano Ronaldo have in the club since 2003 after he was featured in the game in the second half and he made an assist and equally scored before the game came to an end. Christiano Ronaldo was the only Man U teenage player to come into a match in the second half and made an assist and equally scored a goal in the game, a record he had in the team since 2003. In the Sunday match against Tottenham Hotspur, Greenwood who came into the game at 71 minutes, assisted Cavani's goal at 79 minutes and scored at 96 minutes before the final whistle making him the second Man U teenage player to have the record Ronaldo set. 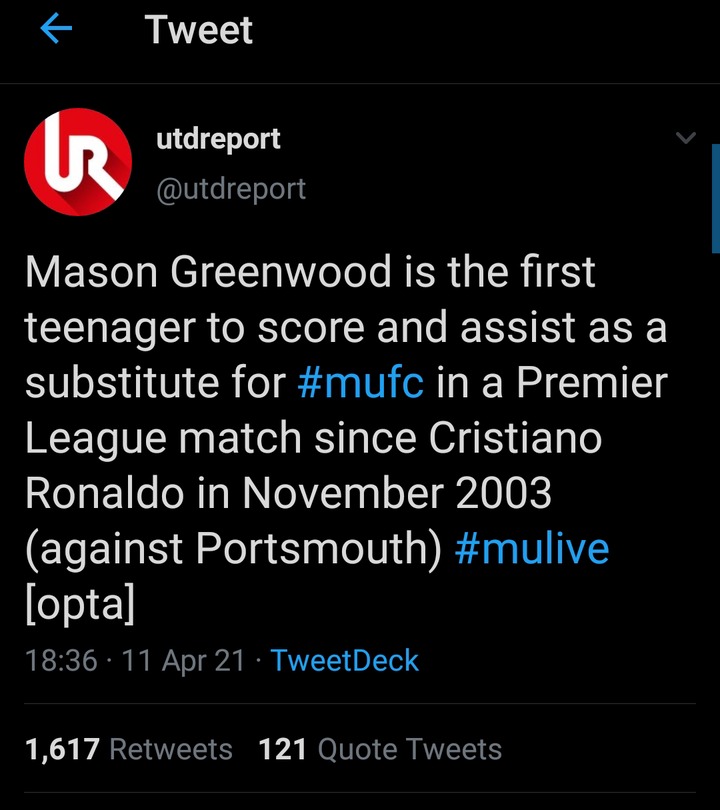 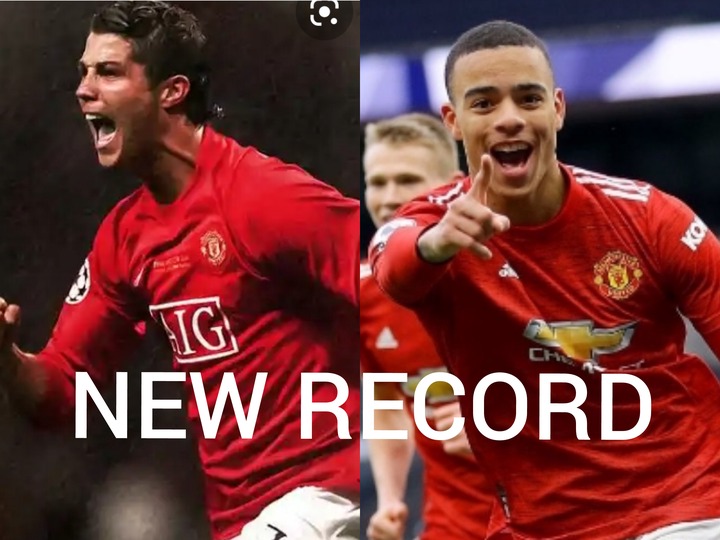 It was surely the happiest way to begin the week for United players and fans around the world as they showed their 'come back' attribute again in the game, an attribute they are well known for. Who would you give the man of the match award in the game against the Spurs? Drop your comment below.