I worked hard after my mistakes, i am matured and humbled - David Luiz finally breaks silence 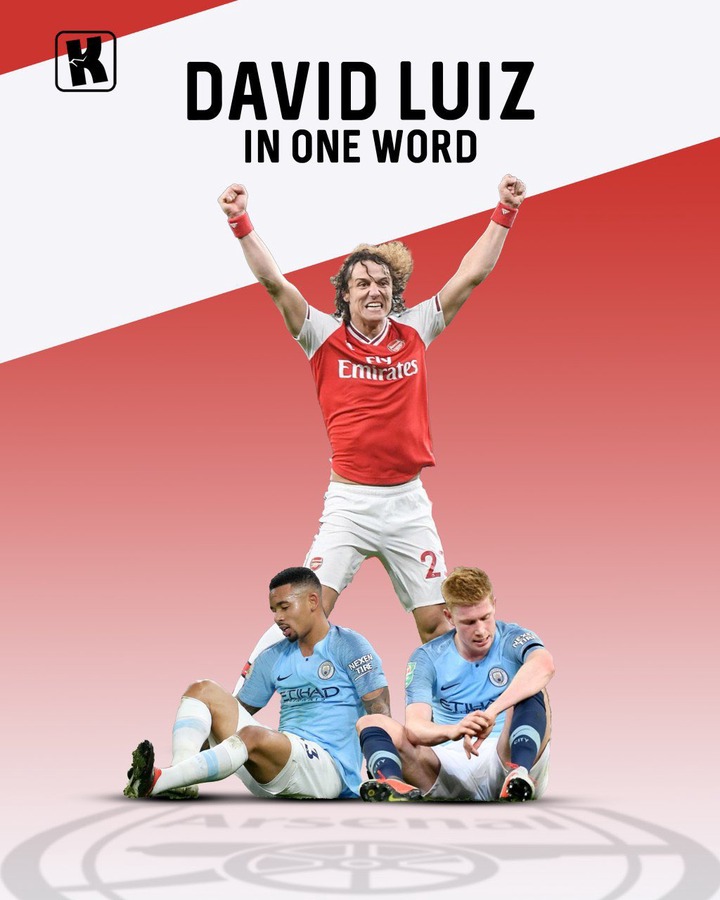 David Luiz redeemed his image with a Masterclass display against Manchester City in the Emirates FA on Saturday as Arsenal booked a place in the finals.

The former Chelsea and PSG defender was had been mocked a for his defensive blunders since he arrived to the team last year. His recent slum in performance was the game against Manchester City in the Premier league where David Luiz came on for Rob Holding, committed a blunder that gifted Raheem Sterling a goal, gave away a penalty and was red carded for a foul on Riyhad Mahrez as Manchester City ran away with three goals at the Etihad stadium.

David Luiz left no stone unturned as he led Arsenal defense against the same side as he alone made 25 clearances to deny Pep Gaurdiola a place in the final of the England's oldest competition. 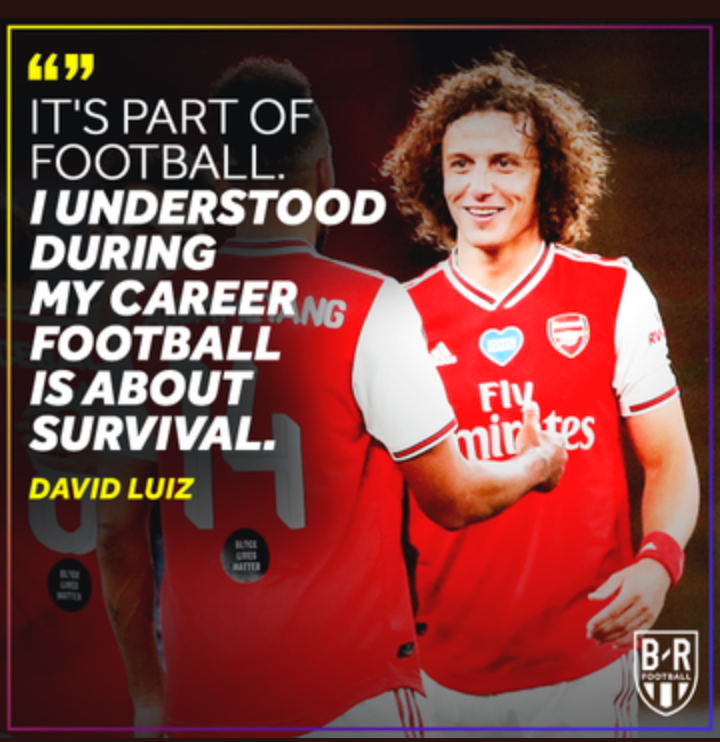 David Luiz have however spoken about the game and himself as he shut his critics.

David Luiz on reaching the FA Cup Final: “We have a final to play this season. We’re going to try to win a title for this club because this club, I always say, deserves to shine again.”

"We did that because we were humble, we understood how we had to play. We have to be mature and understand which level we are in the process.

"We have an amazing coach who wants to bring the best football to the club but not 0 to 100." 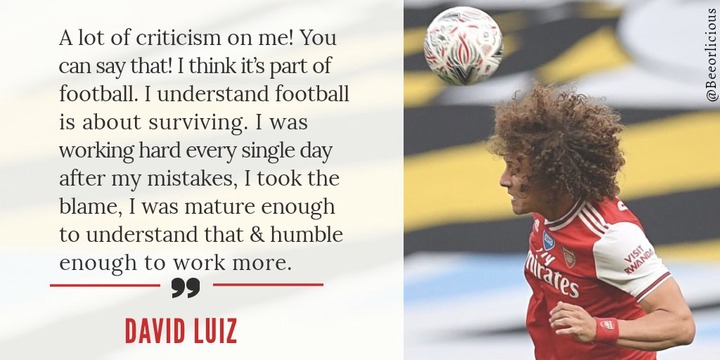 "A lot of Criticism on me! You can say that! I think it's part of football.

I understand football is about surviving.

I was working hard every single day after my mistakes, I took the blame, I was mature enough to understand that and humble enough to work more, he concluded".

What the celebrities are saying about David Luiz 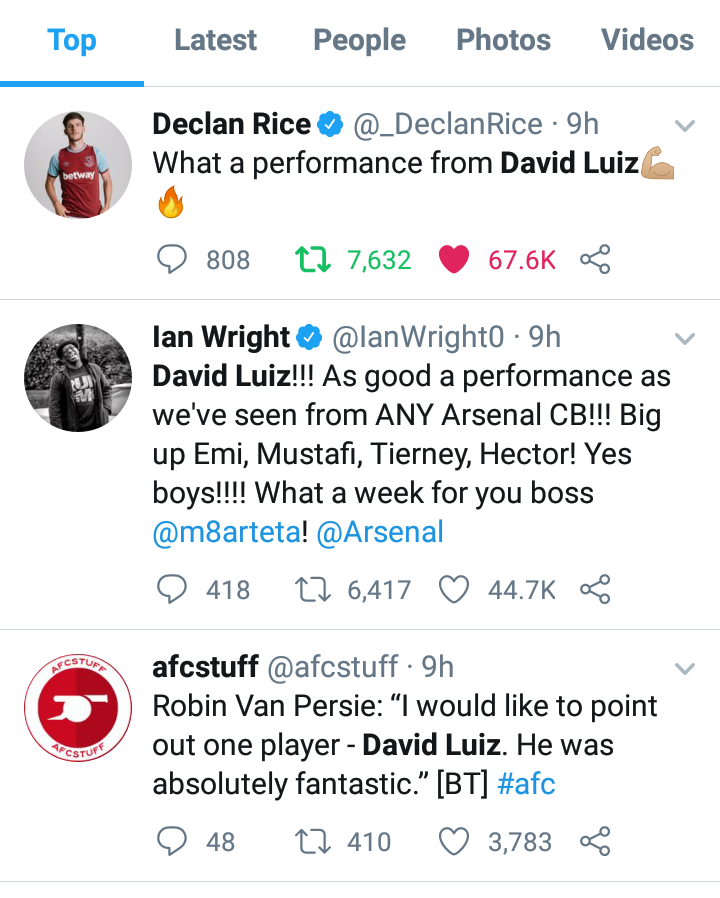 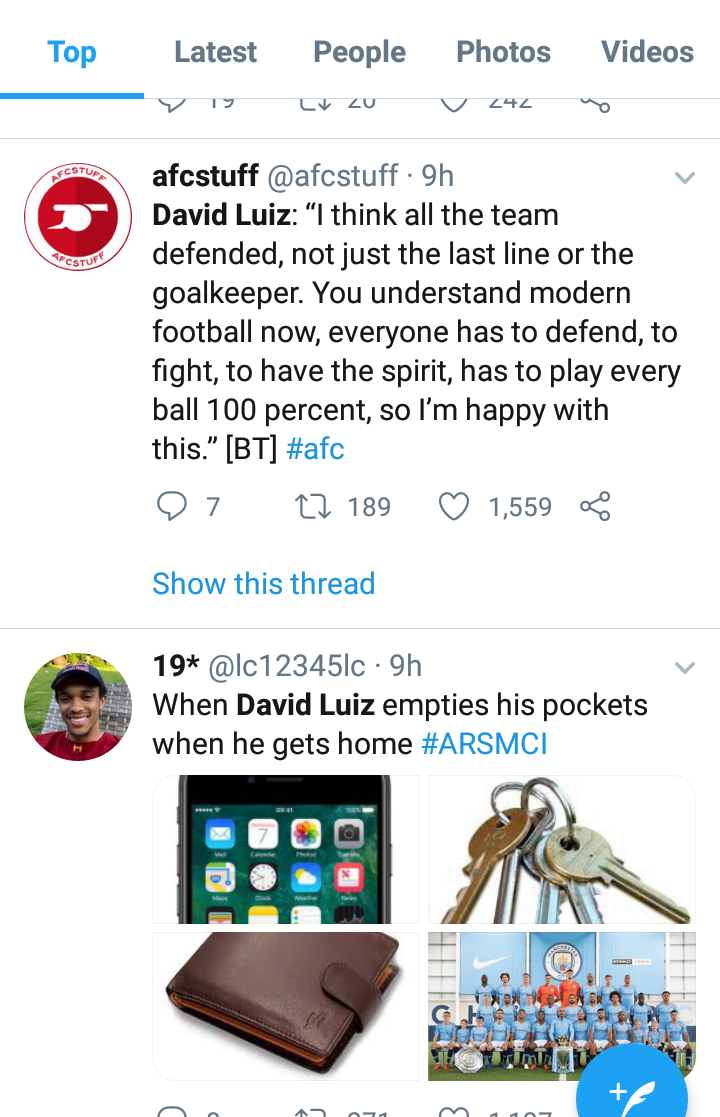 What a performance from Luiz probably his best in an Arsenal shirt, should Arsenal extend his contract with another year?