By CrimeNewz (self media writer) | 19 days ago 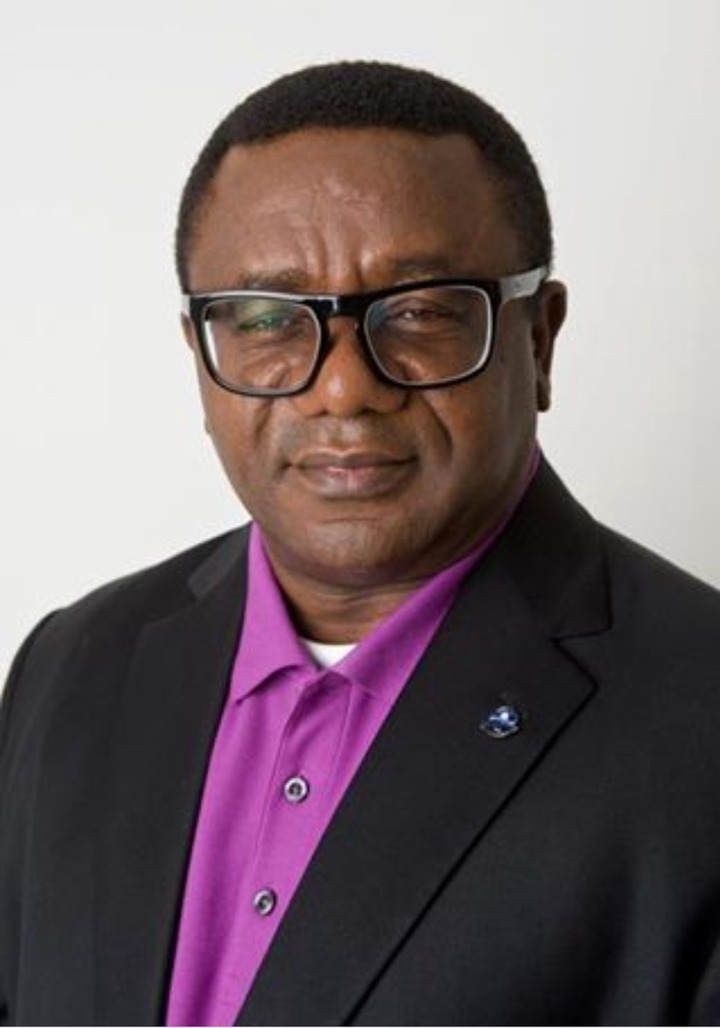 Our attention has been drawn to a spurious, error-ridden and malicious publication in the social media by one Francis Etang wherein, the leadership of the Cross River State Sports Commission was needlessly attacked and maligned.

It is obvious that the publication is sponsored by Chief Orok Duke, the immediate past Chairman of the Commission.

Ordinarily, such puerile attempts to discredit and blackmail the Sports Commission would have been ignored except that glaring facts were stood on their heads necessitating the need to set the records straight for the benefit of the discerning public.

Firstly, the governing boards of the sports associations have been non-existent in Cross River State for over 10years now, including the period Orok Duke was in charge of the Commission.

He simply did not see any need to strengthen and develop sports working with people who know better.

The way sports associations elections work is that it is much more easier if candidates emerge from their state associations, with the active support of the Sports Commission.

Within a year of the Emmanuel Elom - led Commission, the Sports Associations were constituted and inaugurated on September 17, 2021, a few days to the zonal elections.

The Commission is unaware of any interest shown by anyone from any of the associations, including Orok Duke, to contest elections because normally, such a person would need to get a letter of introduction from the Commission as one of the conditions precedent.

One then wonders how Cross River State could lose in elections where she had no contestants as claimed by the author.

The Commission is already well aware of the zoning arrangements in some of the Sports associations that place Cross River State in positions of advantage at the expiration of the terms of the just elected zonal representatives and will work assiduously to project and support the interests of our people.

Instead he surreptitiously approached the Akwa Ibom State Sports Commission to get a letter of introduction, for reasons best known to him.

Keen observers of the media space in Cross River State will, by now, become familiar with Orok Duke's antics and his recent obsession with dragging the Sports Commission at every turn.

Ordinarily Orok Duke should be a critical stakeholder and partner with the Sports Commission in the development and advancement of the sporting interests of Cross River State, but he is rather preoccupied with showing disdain and disregard to the Commission.

This rather begs the question but anyone who knows Orok Duke will not be surprised because he is acting true to his type.

It is an incontrovertible fact that within one year of Emmanuel Elom's leadership, the CRS Sports Commission has recorded more achievements than when Orok Duke was at the helm for four years.

This has been made possible with the ready support and kind encouragement by His Excellency, Sen. Prof. Ben Ayade, the Governor of Cross River State and his able Deputy, Prof. Ivara Esu.

The State performed creditably at the last National Sports Festival where we won a total of 30 medals - 9 gold, 6 silver, and 15 bronze medals in Benin, coming a respectable 12th position as against the comparatively poor showing during Orok Duke's leadership where the State won just 5 gold, 9 silver and 7 bronze coming 17th position in Abuja, even with the huge amount of monies he received for the event. The Commission has also has been able to clear the 15 months arrears of allowances owed athletes by the former management.

In terms of the development of infrastructure, the present Commission has, even with the very limited resources available to it compared to the Orok Duke's Commission, done far more to give the U. J. Esuene Stadium facilities a significant facelift. A new gymnasium has been built.

The stadium which was dilapidated under Orok Duke, with so many leakages and nearing collapse has been fixed. Sanitation is a regular exercise to improve the look and feel of the environment.

The Commission has, within the space of one and a half years, done a lot to promote the development of sports in the State.

In fact, the constitution and inauguration of sports associations is a critical step in this direction as the Commission brought on board critical stakeholders in the various sports so that the State can benefit from their experience and contact networks.

This is what the Orok Duke led Commission could not do in four years, because he ran the Commission like a sole administrator.

In saner climes, Chief Orok Otu Duke should be hiding his head in shame due to his poor performance in office as well as his brazen display of avarice and corruption.

He stripped the uncompleted new sports auditorium of all the metallic building materials which he sold off to traders in Garden Street, Calabar.and pocketed the proceeds.

He then went ahead to request for and received funds from the Government to evacuate the same destruction that he wilfully wrought for his selfish benefit, under the pretext that the structure collapsed, which was false.

When his tenure was not renewed, he took away one of the new 150KVA generator for his personal use, in addition to the Ford SUV official vehicle and other Government property in his possession.

The incessant media attacks orchestrated by Orok Duke against the Sports Commission clearly reveal his infantile obsession with the Commission which can be interpreted to mean that he misses being Chairman of the Commission and has not yet come to terms with the fact that his time there is past.

Orok Duke needs to move on as change is the only constant in life. The Cross River State Sports Commission has always expressed and demonstrated honest willingness and readiness to work with any individual or groups, including Orok Duke, that genuinely wish to advance the sporting interests of Cross River State, However, the Commission should not be intimidated and harassed by any body no matter their standing in society, let alone one that is always driven by his selfish interests.

Kenneth Etim is of The 3rd Eye, a Citizen-Government advocacy group.