With the UEFA Champions League set to return in August after a disruption from the COVID-19 Pandemic in which all league and competitive where suspended and postponed, Bayern Munich will be welcoming Chelsea at the Alianz Arena in their 2nd leg of the round of 16 after the impressive 3 - 0 win over the Blues. 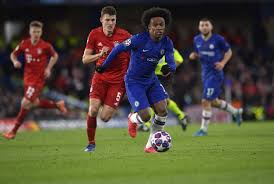 The German Champions will be hoping for a win in the return leg to ensure that Chelsea do not repeat their 2012 UEFA Champions League final success in Munich in the Blues claimed their 1st ever Champions League title in history and denying Bayern their 6th. 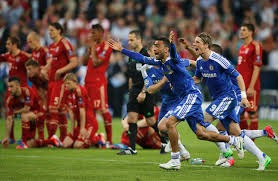 In March, prior to the Pandemic crisis, the two teams had a very impressive games both domestically and internationally. Chelsea emerged as joint group H leader with Valencia and with 11 points each, while Bayern Munich top the Group B with 18 points. They both would be hoping to book a spot in the quarter finals, with 3 - 0 advantage for Bayern Munich, the game is not yet concluded.

However, with the Bundesliga concluded in June 27 , Bayern Munich have not played any competitive game except for the DFB Pokal Cup final victory over Bayer04 Leverkusen in July 4. And will be trying to regain their fitness when they face the Blues.

Chelsea meanwhile have had regular and impressive games with constant training. And with their Premier League campaign set to be concluded in July 26 when they welcome Wolverhampton Wanderers, the blues will contest for the FA cup finals with Arsenal after a well deserved 3 - 1 victory over Manchester United. Chelsea will then travel to Munich to face the German Champions and hope that history will repeat itself. But with constant training and regular competition games before the visit to Germany, I think Chelsea will beat Bayern Munich who have not been playing any competitive games since July 4 DFB cup finals.

Note: if you have any questions or contributions concerning this post, kindly use the comment section below .