Can Benzema Challenge Messi For The La Liga Player of The Year?

By TheProfessor (self media writer) | 2 years ago

Both Messi and Benzema have being prolific for Barcelona and Real Madrid. Lionel Messi who many thought to be having a bad season have been a standout player for the Catalan giants this campaign. In like manner Benzema for the Galatico's. Their respective clubs have completed their remaining fixtures of the season with Real Madrid winning the La liga title ahead of Messi's Barcelona. Messi has 25 goals and 21 assists for Barcelona while Benzema has 21 goals and 8 assists for Real Madrid. 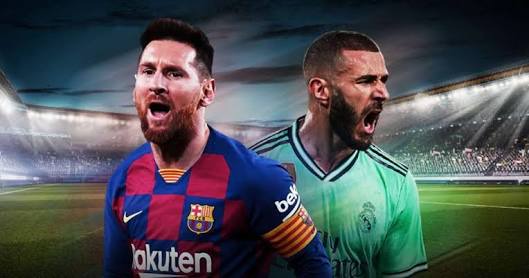 It takes a lot for a player to challenge Lionel Messi for Lal liga Player of the Year Prize, particularly with Cristiano Ronaldo no longer calling Spain his home. Karim Benzema would be right to feel hard done for this La liga season player of the Year Prize because he won the title with Real Madrid. Messi on the other hand feels comfortable to win the prize because of his all-round striker capabilities. His play making abilities raise him higher than not only Benzema but other strikers in La liga and Europe top five leagues. Messi this season broke a long standing La liga record. He recorded 21 assists for Barcelona which is the most by a player in a single La liga season. The record was before set by midfield maestro Xavi Hernandez.

To me personally i think Benzema will win the prize because he had an exceptional season and also winning La liga to crown it all.

Who would you like to clinch the La liga Player of the Year Prize between the two players. Drop your comments please.