Why Cristiano Ronaldo Doesn't Have Any Tattoo On His Body.

By Muhaliyu (self media writer) | 22 days ago

Unlike many footballers, Cristiano Ronaldo does not have tattoos. And there is a reason for this. 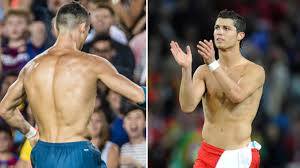 Cristiano Ronaldo is not a player like the others, this is not a scoop, everyone knows it. If the 36-year-old continues to panic the counters, there are however some things that we do not necessarily know about the five-time Golden Ball. Despite his career and his titles,  But the player is above all one of the most generous in life and to understand this, we must ask ourselves a question: why doesn't he have tattoos?

While many players around the world are fond of tattoos, the Portuguese has always avoided it. And with all that Cristiano Ronaldo has accomplished in his career, opportunities were not lacking. But if the Portuguese is not tattooed, it is quite simply for a good cause.

Since he is in fact used to donating blood. According to an interview conducted by Diretta News, he makes a donation every six months. In France as in many countries, it is advisable to wait 4 to 6 months after having a tattoo to be able to give back blood, in order to avoid the problems of contagious diseases. A tattoo would therefore prevent him from satisfying his habits. 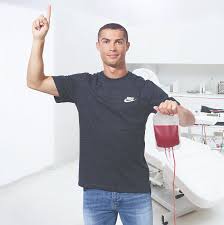 For several years, the Manchester united player has been known for helping children with physical and mental disabilities. In 2013, for example, Cristiano had spent 66,000 euros to save the life of a ten-month-old child, suffering from a rare disease that directly affected the neurons. He also financially supported the cancer treatment of a 9-year-old child in 2012, without even knowing him.

Generosity linked to a personal story 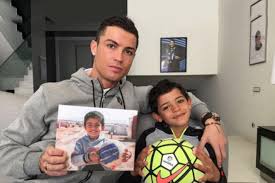 Even though it has become "normal" to see a celebrity donate her time and money for good causes, such generosity never ceases to amaze. It seems that these outbursts of solidarity from the 36-year-old player go back to a very specific event. In 2011, he learned that the son of his teammate in selection, Carlos Martins, was affected by leukemia. True to himself, Cristiano Ronaldo donated molecules from his bone marrow to help his friend. 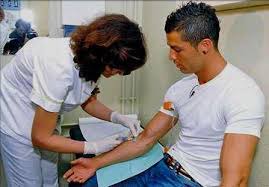 Not content with this beautiful gesture, he also trigger a huge chain of solidarity by posting a call for blood donations on his Twitter account. "For many, donating cells is difficult but it is nothing more than donating blood. I have done it once and I will not hesitate to do it again if it is necessary because it is a disease that affects many children and we must help them, "said the Portuguese star. Whether we admire him or hate him, we must recognize that Cristiano Ronaldo is a champion, on and off the pitch.