Agent Jonathan Barnett claims that Jack Grealish stay fully focused on trying to keep Aston Villa in the English top-tier despite rumours linking him with a switch to Manchester United.

Throughout the season, Grealish has been strongly linked with a future transfer to a top European team, potentially Manchester United, who are believed to be keen on the playmaker and pair him with Bruno Fernandes in the heart of their midfield area.

However, despite acknowledging that the 24-year-old playmaker would like to play in the Champions League, Barnett has reiterated players current priority is to help his team to remain in the Premier League as they sit 19th place four points separating from the safe zone.

Speaking to Stretty News, Barnett said: “Jack believes it, he’s fighting hard, as hard as he can to stop that. That’s all that is on his mind at the moment. He’s not interested in anything else other than fighting to get Aston Villa out of any trouble.

“On the other hand, I think as far as his career is concerned, it would be great for him to play in the Champions League and develop his great skills and I’m not sure in which country or where that will be.

“But that conversation won’t happen now because all he wants to do is fight and help Aston Villa.”

Grealish has not contributed a goal or assist in his last eight Premier League games.

Man United entered the fray for signature of Mikel Oyarzabal 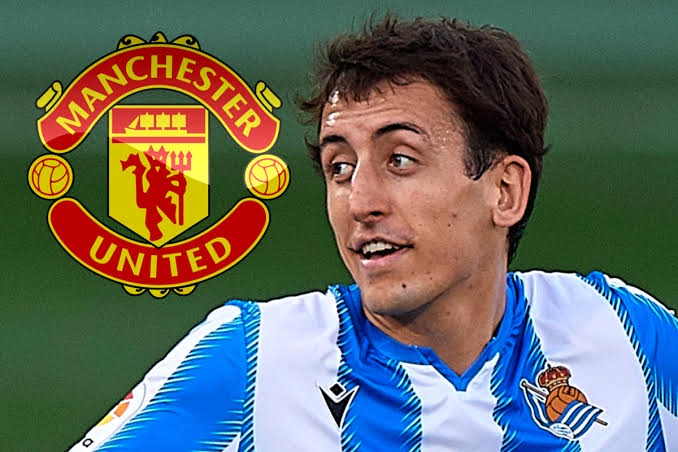 Todofichajes claim the Red Devils have shown an interest just weeks after the CItizens were first linked with the player.

Pep Guardiola’s side have been monitoring the player in the wake of Leroy Sane’s £55 million switch to Bayern Munich.

But now United could hijack a possible transfer for the Spanish international. The report adds that Ole Gunnar Solskjaer is keen to bring in some reinforcements on the wings.

The club have been very heavily linked with a move for City academy product and Borussia Dortmund sensation Jadon Sancho – but Mikel could be another more affordable option.

The wideman has a £64m exit clause in his contract, which runs until 2024 but United chiefs are said to be confident of negotiating a cut-price deal in the region of £45 million.

City could step up their interest in the Spaniard as a result of United entering the race. Oyarzabal has been involved in 21 goals in 35 La Liga games this season.

After bagging ten league goals, 11 assists and frequently captaining his side, Oyarzabal could be a perfect replacement for Jesse Lingard.

Lingard looks set to be heading for the exit at the club after being left out of multiple matchday rosters and featuring in just one FA Cup match since action restarted.

Promotion hopefuls West Brom and relegation-threatened West Ham have been mentioned with the 27-year-old who has one year left on his contract. Timothy Fosu-Mensah starts for Manchester United in their clash at Crystal Palace on Thursday.

Fosu-Mensah was handed his Manchester United debut back in 2016 by Louis van Gaal, but hasn’t appeared for the Red Devils since May 2017.

Since then he has had loans with Crystal Palace and Fulham, while he has spent most of this season out injured.

Earlier this summer, Fosu-Mensah signed a new one-year deal with the club and he will start against Crystal Palace on Thursday. His first appearance for Manchester United in more than three-years.

There was no place in the squad once again for Tahith Chong. Patrick van Aanholt starts for Palace with Jairo Riedewald on the bench.

Thiago Alcantara could join Liverpool this summer because he is “very sure” that Bayern Munich will sell him, despite recent interest from Manchester United.

Reds boss Jurgen Klopp is reportedly keen on the Spain midfielder, but they will be wary of how much he will cost.

Thiago has been linked with a move to Liverpool in the past, with his contract set to expire at the end of next season.

But United appear to have swooped in for the Barcelona man, according to Spanish publication Sport, who are confident that the Red Devils are actually ahead in the race for Thiago’s signature.

The 29-year-old is said to have told Bayern he has no plans to extend his deal, and reports in Germany report that he could be available this summer for £36m.

That was all but confirmed by Sport Bild’s Christian Falk, who gave an insight into the current state of affairs with Thiago on B/R's ‘Football Ranks’ podcast.

“Bayern Munich think that he is leaving because he didn’t extend his contract,” he said. “The way he did it was not very gentleman-like.

“So I think he will leave but he has to [reveal] the club. I think he’s very sure that he has a club, I think we know the club, but the big question is: is the club paying the fee Bayern Munich is expecting?

“We were talking about Liverpool, they don’t want to spend so much money this year we already know, that’s why they missed [Timo] Werner, [Jurgen] Klopp would like to have him.

“So if a player like Thiago is on the market, perhaps they do it. They need a player in this position but, again, [it’s a] question of money and they have to bring [it].

“Somebody is trying to get the price a little bit lower, the other one higher, but indeed, there were no negotiations yet. Thiago is making it a big secret also in the club.

“His friends in the team [are] talking about Liverpool but they have to pay the price for him, and I think Bayern Munich [are] doing everything to sell him now because they don’t want to let him go for free next summer.”