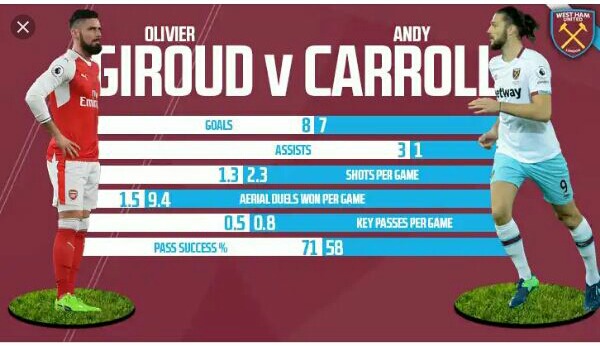 The Premier League is becoming renowned for tricky wingers with a low centre of gravity, and strikers with pace and skill who can run in behind defences. It is a model that served Manchester City and Liverpool well for so much of their success last season.Yet there is still a place for the giants of the game, with set-pieces deciding games on a regular basis. Here are the top Six tallest Forwards in premier league 2019/2020 season: 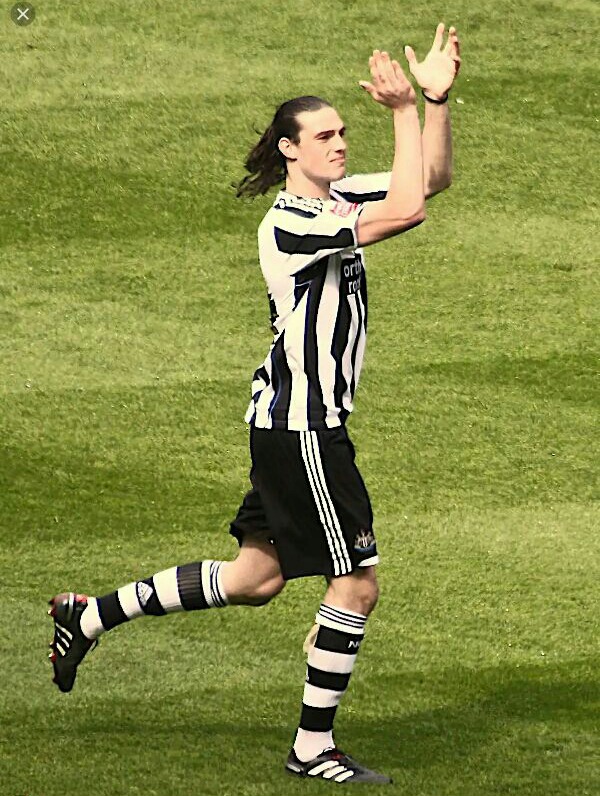 Following Fernando Torres' transfer request at the end of the January 2011 transfer window, Liverpool left it to the final day to approach Newcastle United to bring the 6ft 3in Carroll to Anfield.Spurs had seen a £25M bid rejected, Liverpool had a few bids rejected before agreeing a £35M fee. There was some discussion at the time as to whether Newcastle had asked Andy Carroll to hand in a transfer request or not.The player arrived at Melwood for a medical before being announced as the new Liverpool number 9 about an hour before the window closed. This signing ensured that Torres was allowed to leave for £50M.Carroll made his first team debut for Newcastle United aged 17 years and 300 days in a UEFA Cup tie against Palermo when he came on as substitute.In the summer of 2007, aged 18 and a half he spent 6 months on loan at Preston North End.

He returned to Newcastle in 2008-09 and scored in his first full start at St James Park against West Ham. He made 14 appearances in the Premier League that season.With Newcastle's relegation, he was promoted to first choice striker. In all competitions he scored 19 goals in 42 appearances as Newcastle easily won the Championship to return to the Premier League.In the first half of the Premier League campaign before joining Liverpool he scored 11 times in 19 Premier League appearances.Off the field Carroll has an interesting history. An alleged fight in a nightclub and a training ground incident with Steven Taylor.The player was out injured when he arrived at Liverpool with a minor thigh injury. At his unveiling Kenny Dalglish agreed it would be a 'few weeks' before his debut arrived. 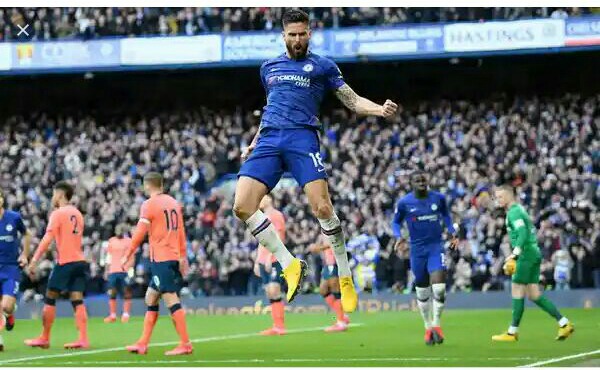 On 14 August 2019, Giroud scored his first goal of the season against Liverpool in the UEFA Super Cup. Liverpool went on to win the match on penalties (5–4) after a 2–2 scoreline. His first Premier League goal came on 22 February 2020 against Tottenham in a 2–1 home win.On 20 May 2020, Giroud signed a new one-year contract with Chelsea. On 19 July 2020, he scored a goal and helped Chelsea to reach their 14th FA Cup final after beating Manchester United 3–1 in the semi-final.Giroud finished the league season with a goal in Chelsea's 2–0 win over Wolves on 26 July, a result which secured Chelsea a place in the 2020–21 UEFA Champions League . The goal was also his fifth goal in six matches and sixth overall since the restart of football following the COVID-19 pandemic.

Chris Wood was born in Auckland, New Zealand and football was huge in New Zealand when Wood was a kid. Wood grew up playing cricket and rugby, but football was always his main sport. His father played football and he was the one that inspired Wood to pursue a career as a professional footballer. Football was one of the biggest sports in the country during Wood’s childhood.It was hard for Wood to find a football team as in his teenage years the main sport at that age is rugby and schools focused on rugby more than football when you reach that age. Wood was big at a young age, so he balanced rugby and football. He didn’t play rugby at a good level as he played through schools because he was bullied at school for wanting to play football. If you didn’t play rugby, you got bullied because that was the main sport in New Zealand compared to football being the main sport in England.Wood had to use his physical ability to his advantage to gain respect from classmates to stop picking on him just because he took an interest in another sport. Wood played men’s football from the age of 14 due to his size and his career kicked off from there. 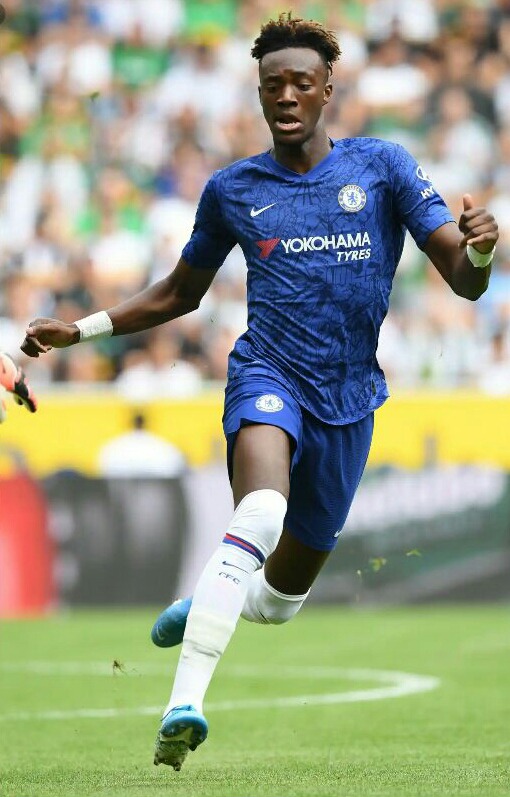 Tammy Abraham (born 2 October 1997) is a professional footballer who plays in the Premier League for London team, Chelsea. A product of Chelsea’s world-class efficient football academy, Tammy Abraham is widely seen by pundits as one of the youngest stars in the EPL and Europe who have the ability and potential to dominate the league in the most amazing manner possible. He has consistently continued to help the club return to top form. Chelsea has realized the ability of the young budding star and thus he has earned a place in the team’s first team. Tammy Abraham biography facts, childhood, net worth and personal life present the profile and life of the football star from childhood to date, as well as his journey from the farm system of Chelsea to the centre stage of English football. 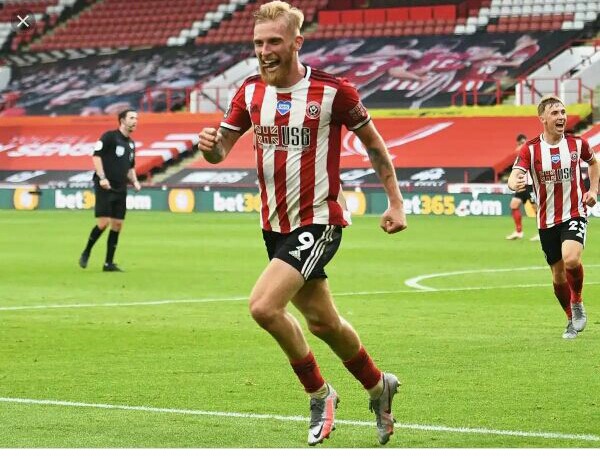 Born in Leeds, England, he began his footballing education with the youth academy of hometown club Leeds United as a youngster, and later moved to Bradford City in 2010, from where he graduated to sign his first professional contract a couple of years later. After a handful of games for The Bantams, the striker signed for Premier League club Swansea City on a three-year deal on 13 July 2015. He spent the next couple of seasons on loan in search of regular first-team opportunities, he played for Conference Premier team Chester in 2014/15, and later EFL Two club Newport County and Bristol Rovers during the 2015/16 season. But it wasn’t until his tenure at EFL Championship club Barnsley FC did the striker find his feet. In the second-half of the 2017/18 season he joined a flailing Barnsley side and changed their fortunes by scoring 9 goals in 17 appearances. The Tykes almost avoided relegation but in the end the strikers would be in vain. As of little consolation, the Englishman received the 2017/18 Barnsley Player of the Year award for his excellent showings. Relegated to the EFL Championship ahead of the 2018/19 season, he finally got his first real opportunity for The Swans. In 42 league games the prolific hitman netted 22 goals, helping his club to a mid-table finish. His performances caught the eye of newly promoted Premier League club Sheffield United, who secured the striker’s signature for a club record fee of £20 million.

Raúl Jiménez is a professional footballer from Mexico who plays as a forward for the English Premier League club, ‘Wolverhampton Wanderers’. He began his career in Mexico with ‘Club América’. He began his European stint by joining La Liga giants, ‘Atletico Madrid’ but soon moved to Portuguese powerhouse, ‘Benfica’ where he saw a lot of success. It was in ‘Benfica’ that he developed an eye for a pass, which in tandem with his goal scoring skills made him a player to have. Soon, he was approached by Premier League side, ‘Wolverhampton’. It was there that he became recognized as a lethal forward. At the international level, Raúl Jiménez has represented his country, Mexico, in one Summer Olympics, two World Cups and numerous CONCACAF zone tournaments. His most memorable tournament was the 2019 CONCACAF Gold Cup, where he helped Mexico win the tournament for the eighth time, and was adjudged as one of the most influential players in the competition.