The European giants Spain extended their winning streak to two matches as they got a comfortable 2 - 0 win over Kosovo in the FIFA World Cup Qualifiers.

The Spanish National Team were dominant all through the match as they recorded all the maximum three points against Kosovo. 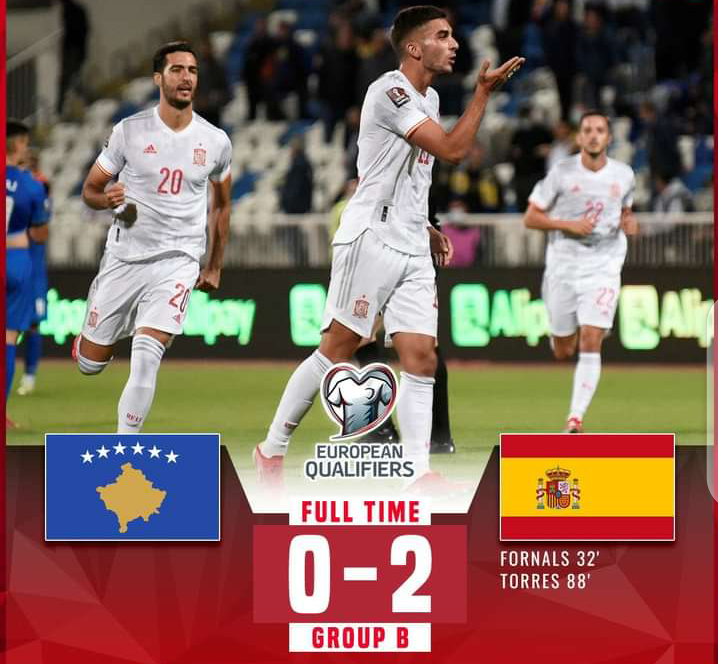 The Spain Superstars which include Pablo Fornals, Unai Simon, Sergio Busquets, Koke, Aymeric Laporte and Ferran Torres were all superb in yesterday's encounter.

Goals from Pablo Fornals and Ferran Torres secured the comfortable victory for Spain in their FIFA World Cup Qualifiers encounter. 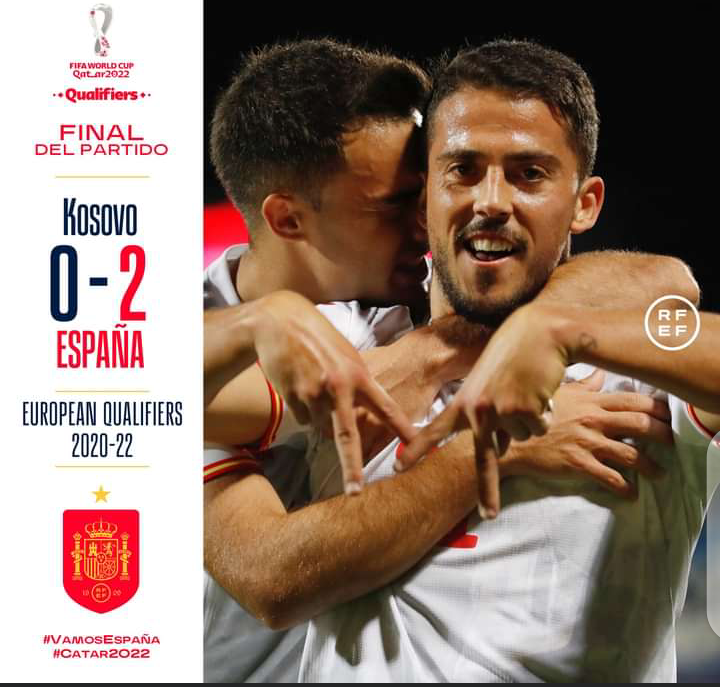 The European giants Spain remained on top of the group having amassed thirteen points from six matches while Kosovo currently sit 5th position on the group standings.

Let's take a look at three wise decisions Luis Enrique made as Spain won their game; 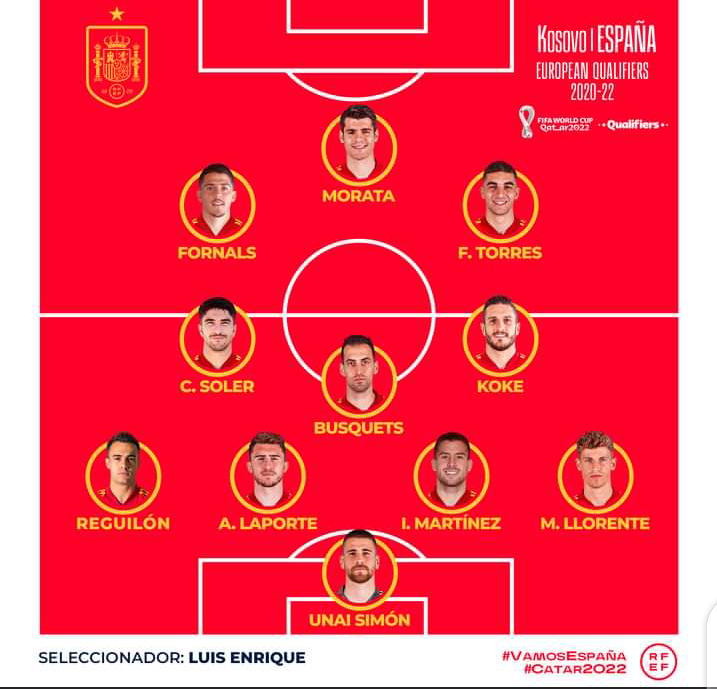 3. CHANGE IN STYLE: The Spain head coach Luis Enrique started the game with a 4-3-3 formation in which he used Pablo Fornals and Ferran Torres as wingers in order to weaken the Kosovo's defence.

After Spain scored the second goal of the game, The Spain head coach Hansi Flick changed to a 4-2-3-1 formation in order to prevent the opponent from scoring in the match. 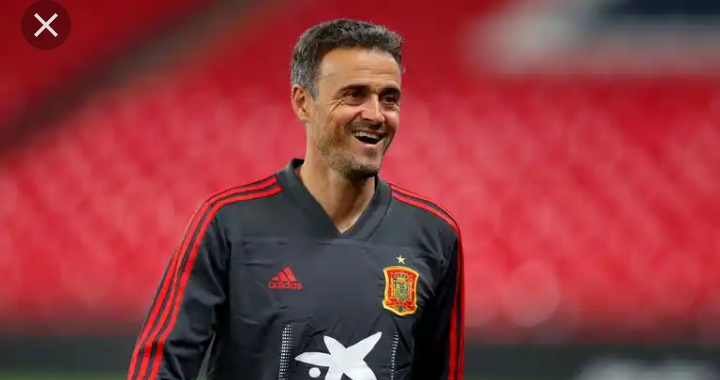