AEW produced a solid Fight for the Fallen show, but the promotion is looking to capitalize on the momentum as they have announced a stacked card for next week's episode of Dynamite.

The biggest takeaway is the announcement of a women's match which would see two Dynamite debuts.

Ivelisse and Diamante will wrestle their first match on the show against each other. Ivelisse last appeared for AEW in the Casino Battle Royale at All Out in August 2019. Diamante worked a match against Big Swole on AEW Dark in Janua 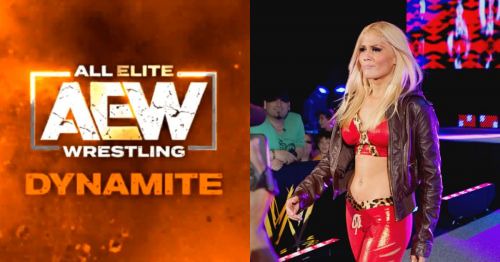 Ivelisse is known for her work in Lucha Underground and SHINE. She was also a contestant on WWE Tough Enough in 2011 before being signed to a developmental contract. Ivelisse wrestled in Florida Championship Wrestling (FCW) and NXT (worked under the name Sofia Cortez) before being released in 2012.

Ivelisse was a popular name in Lucha Underground for many years while also wrestling on the independent circuit.

Other announcements for next week's AEW Dynamite

Cody Rhodes will defend the TNT Championship against an opponent that will be revealed later. The match will continue his weekly streak of putting the title on the line, which he successfully defended against Sonny Kiss at Fight for the Fallen.

MJF will also have a match against an opponent which would also be revealed later. Hangman Page will face Five from The Dark Order.

The Jurassic Express (Luchasuarus and Jungle Boy) will take on Jake Hager and Chris Jericho from the Inner Circle. Last but certainly not the least, The Young Bucks will be involved in a Falls Count Anywhere match against The Butcher and The Blade, a match that has the potential to steal the show.

The show looks stacked on paper despite MJF and Cody's opponents being kept a secret. The announcements should be made as we edge closer to the show.

The Dynamite debuts of Ivelisse and Diamante will be closely watched as AEW's women's division is missing various names due to injuries and other reasons.