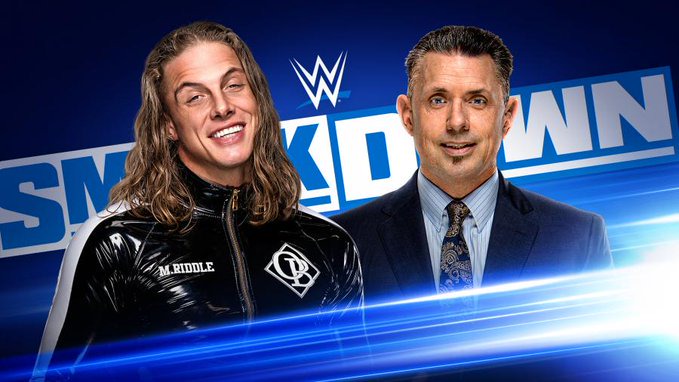 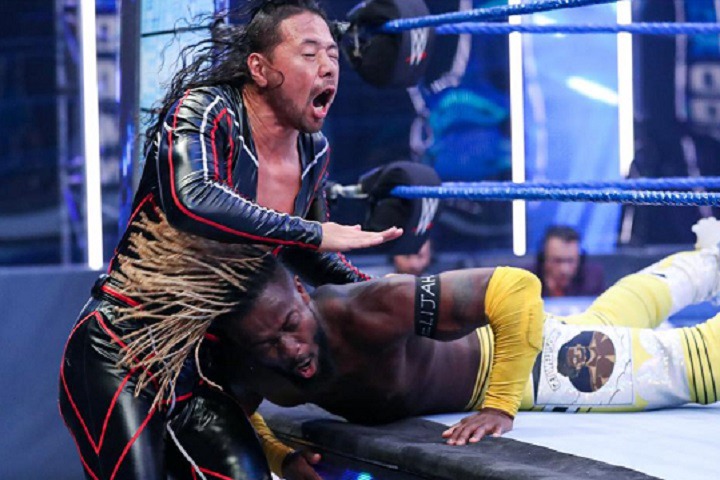 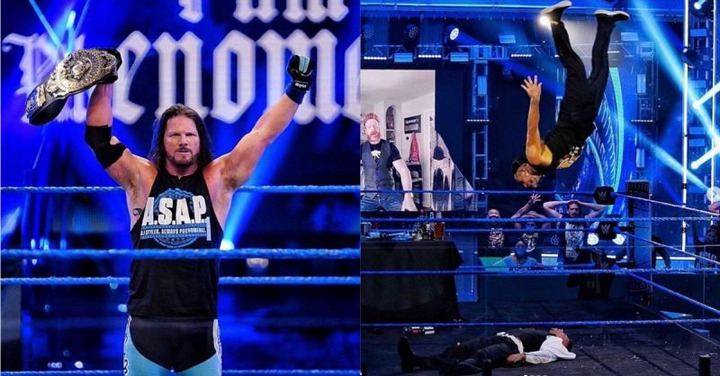 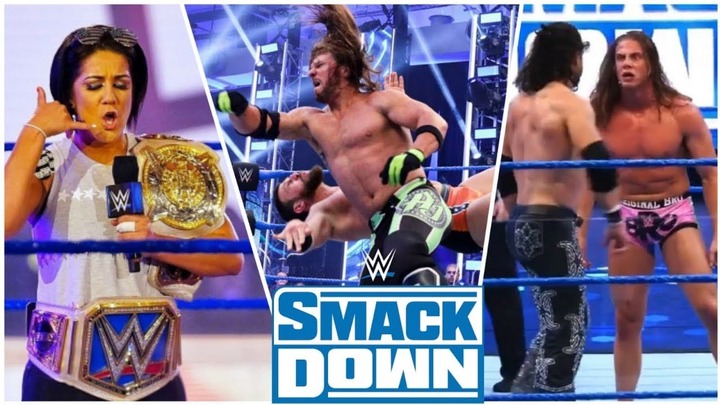 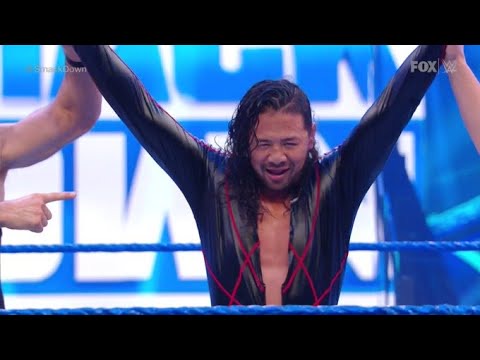 WWE commentator interviewed Matt Riddle and then talks about Matt Riddle's debut match (which was against Aj Styles lastweek) and how he succeeded in defeating the WWE champion easily. Matt Riddle said that he's happy to be in the Smackdown brand and that he'll try as much as possible to be on top. After some series of conversations, "The King" Baron Corbin interrupts them and tells Matt Riddle that no one is happy seeing him around the Friday night Smackdown show. Corbin also went further in trash talking Matt Riddle and said that Matt Riddle needs someone to slap and punish him anytime he shows up. AWhile Corbin was still speaking, John Morrison alongside with his tag team partner (The Miz) appears and Morrison and Matt Riddle were set up for a one vs one match.

Matt Riddle began the first with some series of punches to JoMo (John Morrison) and then followed him up with a back breaker. John Morrison then reversed one of Riddle's maneuver and performed his multiple kicks to him. The crowd started cheering Riddle tand shortly, there is a Momentum shift which allows Riddle to defeat John Morrison.

After the match, the Intercontinental champion, Aj Styles attacked Riddle and sent him to the mat. The attack on Riddle was so much, which made Drew Gulak come to Riddle's rescue.

The WWE champion dominated the challenger (Drew Gulak) and sent him crashing. After series of cheers and momentum shifts, Aj caught Drew Gulak with the Styles clash, but didn't pin him. Drew Gulak laid helpless as Aj Styles then performed the Styles clash and Phenomenal forearm to get the win.

Sasha Banks and Bayley plans on getting a Tribute:

The Golden role models (Sasha Banks & Bayley) discusse) how they intend on getting a tribute as the best WWE champions ever. They also said that after the Undertaker's tribute (last week Friday), the Undertaker called them and told them that they were extremely good and yet no one celebrated them. They also said that they were better than John Cena and Trish Status, and at the Extreme Rules pay per view event, they'll finally get their tribute. As they were still speaking, Nikki Cross and Alexa Bliss attacked them which led to a match against both teams. The match wasn't a tag match, but instead a singles match which featured Bayley and Alexa Bliss.

Alexa Bliss started the match with multiple strikes and then poked Bayley's nose. The match was even long before Alexa Bliss slammed Bayley's face on the exposed concrete which made Bayley win via disqualification.

Shinsuke Nakamura and Kofi match was the best for the night. Both men came with their partners and fought till the very end. Shinsuke's ppartner (Cesaro) interfered in the match occasionally, this made Kofi's partner (Big E) to chase him out. The referee then discovered the disruption of the match and decided to eject Cesaro and Big E from the ringside. Kofi then performed the S.O.S on Shinsuke Nakamura and was waiting for the Trouble in Paradise. As Kofi tried to perform the Trouble in Paradise finishing maneuver, Shinsuke Nakamura reversed it to a sleeper move and then performed the Kinshasa to get the win.

Sheamus didn't actually come to the ring, but was sseen on the screen talking to Jeff Hardy. He told Jeff Hardy that he had a problem (which was not due to alcohol), and that the problem was more than anyone could ever imagine. He proceeded in saying that Hardy couldn't control himself and that's why he decided to speak with him. Sheamus then sent a bartender to serve Jeff Hardy drink, but instead Hardy poured the drink on the Bartender's head and then broke the glass on his head. Hardy then set the Bartenders for a swanton bomb and then left the ring. Sheamus was disappointed with what had happened and the Friday Night Smackdown show ended.