Has an African ever won the Balon d'or?

What is the balon d'or?

The balon d'or is an award conceptualized by French football journalist Gabriel Hanot. It is a yearly award given to best best male football performer of the year by French news magazine France football. Prior to 2007, it was voted for by journalists across the world but that changed with National team coaches and captains allowed to vote.

It was initially an award for just players of European origin until 1995 when players from all over the word were taken into consideration as far as they ply their trade in Europe. The eligibility rules were further relaxed in 2007 when all players in all leagues of the world were considered for the award.

The first edition of the Balon d'or was won by Englishman Stanley Mathews playing for English side Blackpool. It was temporarily unified with The FIFA word player of the year award to form what was know as The FIFA balon d'or(Barcelona' Lionel Messi picked up the Inaugural edition). The partnership lasted for just 6 years and both organizations went their separate ways with FIFA rebranding their own award.

The record winner of the award is Barcelona talisman Lionel Messi who has won it a whooping six times while his bitter rival Cristiano Ronaldo whoplays for italian side Juventus is not far behind with five awards.

The only goalkeeper to have ever won it is Soviet's Lev Ivanovich Yashin (Russia) who won it in 1963. He is known for his extraordinary acrobatic reflexes saving a record 151 penalty kicks and keeping 270 clean sheets in his career.

Has an African ever won it? 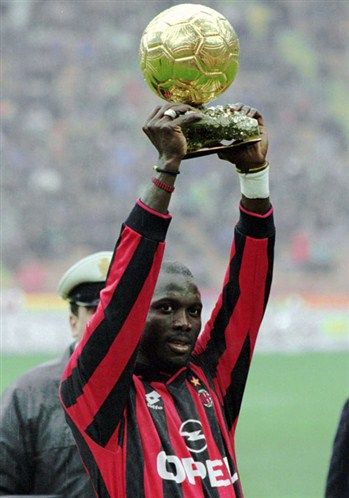 His success in the polls came after a year of scintillating performances for French side Paris Saint German and later Italian side AC Milan. He finished his PSG career as the 1994–95 UEFA Champions League top scorer(7goals including a fine individual effort against German Giants Bayern Munich) before joining AC Milan halfway through the year. He was an instant success with going on to win the league in his first season in Italy.

Has another African come close since then?

Yes. There have been a few African players who have finished really high in the polls. Some of them are 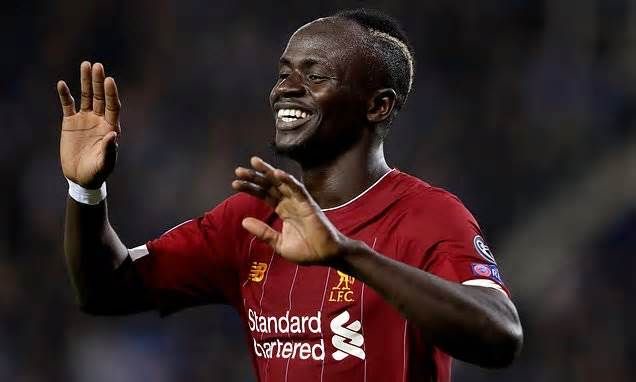 Mane who joined Liverpool for a fee of 34m pounds has since been going about his trade with a consistency that is invaluable among football's elite players. He has graced two champions league final and won one. This season he helped The Merseyside side end their long wait for a Premier League title.

In the 2018/19 season he finished 4th in the Polls for the award. His 4th place finish was no fluke as he had won the Champions league, finished second in the Premier league in a title race that went to the last day of the season, won the the Top scorer award for the EPL and put on many breath taking performances. After returning to the Premier League from Italian side As Roma, Salah staked his claim for a place in history with a superb season where he scored 32 Premier league goals in 36 appearancs waking away with the Top scorer award without much challenge in the 2017/18 season. His exploits saw him finish 6th in the Balon d'or awards.

The following season, he would go one further as he finished 5th, just behind Compatriot Sadio Mane who finished 4th. 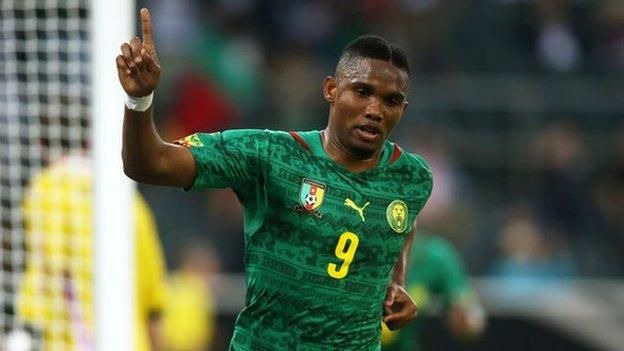 Cameroonian striker Samuel eto is arguably the best African player in history. His career saw him represent to European clubs like Barcelona, Everton, Chelsea and Inter Milan. He he won the African player of the year a record 4 times.

He was nominated for the award, a whooping 10 times but his best finish came after the 2008/09 season when he won the trebble with Barcelona scoring the opener in the champions league final against Manchester United. He finished 5th with teamate Lionel Messi winning that edition of the award.

DISCLAIMER: All pictures are for illustrative purposes only.