By Migdadd (self media writer) | 2 years ago 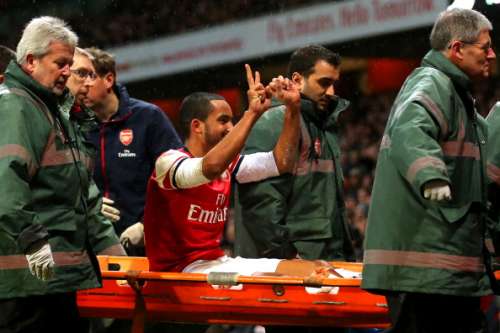 He’s the most ‘loyal’ player still playing in the Premier League after John Terry and Wayne Rooney. He made his debut for Arsenal in the 2006-07 season.

When he burst on to the scene he was touted to be the next big thing in English football, with his pace and ability to go past players impressing everyone. But Theo has hardly shown much more in the years since.

He was called to Sven-Göran Eriksson’s squad for the World Cup despite having just 13 appearances to his name in the top flight. But he hasn’t made the England squad in any of the subsequent World Cups.

To say that his career has been a failure would be a step too far (he scored more than 100 goals for Arsenal), but he definitely did nothing to justify his billing as the ‘next big thing’. 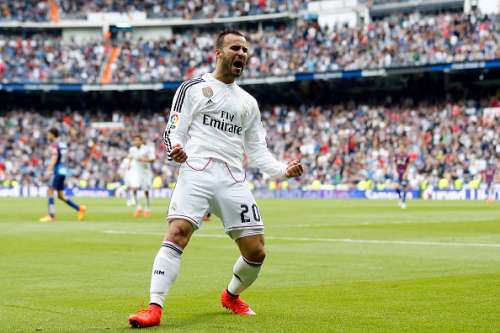 Jese Rodriguez, when at Castilla (Real Madrid’s academy), spoke about how he was going to win the Ballon d’Or, and beat Raul’s record as Real Madrid top scorer. Guillem Balague had even gone on to say, “Jese is better than Bale at the same age”.

A couple of years on,

Rodriguez has been written off by most. He isn’t Cristiano Ronaldo’s heir as promised; in fact, by his own admission, he was also flop at Las Palmas.

he said that if he didn’t have the injuries that he did he would have been an undisputed starter for Real Madrid.

The Spanish youth international then promptly went on to miss the easiest of chances for his side against Real. Sadly for him, those 90 minutes summed up his career so far. 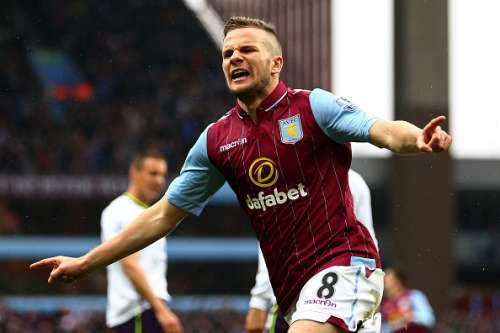 Tom Cleverly was supposed to be the next Paul Scholes, and under the leadership of Sir Alex Ferguson, he had a brilliant start to his career. He promptly became a regular for England as well, but his brilliant start to the season was cut short with injury.

After Sir Alex left, he had a drop in form like any other player in a United shirt under David Moyes. He was often used as a scapegoat for the 20-time champions' poor showings, and was sent on loan by Louis van Gaal.

After a relatively successful spell at Aston Villa, he was allowed to leave for Everton. But he struggled to get into the Everton team and now playing for Watford.

A decent professional, but ultimately nothing like Paul Scholes. It is quite surprising that he was actually rated highly, as none of his attributes made him stand out. 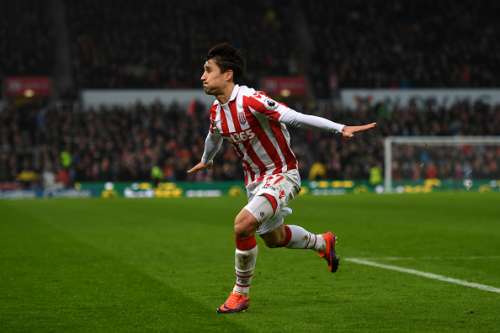 When Pep Guardiola gave Bojan his debut at Barcelona, he beat a certain Lionel Messi to become the youngest ever player for Barcelona. Not only that, he is rumoured to have scored around 800 goals for various age groups since he joined the Catalan giants, and was touted to be bigger than the Argentine number 10.

However, as Barcelona invested in the likes of David Villa and Zlatan Ibrahimovic, Bojan found first-team chances hard to come by despite some impressive performances for the Spanish giants. He eventually moved to Roma, after falling out with Pep.

“I decided I would leave Barcelona on the night of the Champions League final [against Manchester United in May]. I knew I would not be a starter for Barcelona. Even when we were 3-1 up at Wembley, the coach did not play me. From that moment I knew he did not count on me,” he said.

Since then he has had the career of a nomad. Despite being just 26 years old as at that period he has changed clubs more than 5 times in his career. His latest move was to Bundesliga club Mainz to get regular playing time which he didn’t get at Stoke City. 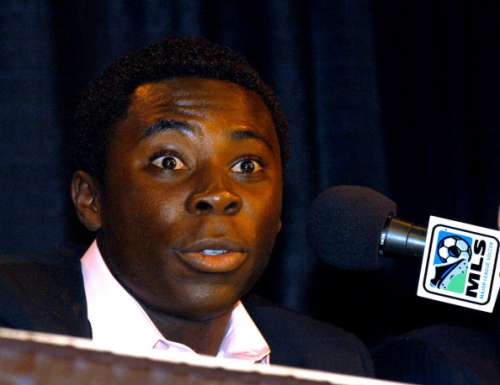 There is nothing more disappointing than watching the waste of a talent, and Freddy Adu has become the poster boy of that quote. It’s quite staggering given that he was the first pick of the MLS Superdraft at the age of 14, before even signing his first professional contract.

Freddy was the man who was supposed to take Americans into the top echelons of ‘soccer’. But when he made his professional debut at the age of 14, he naturally got shrugged off the ball a lot, which was understandable given his age. However, the same media which had hyped him up started dishing him for faking his age, and Freddy never delivered on his promise.

He had played 99 games in the top division of US by the time he was 16 and was invested upon by Benfica, where he never really made a mark either. He was loaned out to clubs in Greece, Portugal and Turkey before eventually making the journey across the ocean back to America.

He flattered to deceive once again, and eventually fell off the radar. 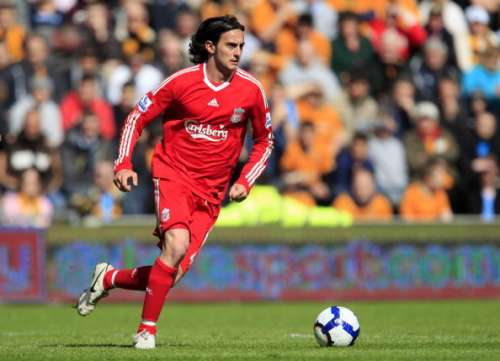 Alberto Aquilani made a real impression when he started his career with AS Roma in the Serie A. He played so well that Liverpool legend John Arne Riise branded him 'better than Xabi Alonso', and Francesco Totti called him “potentially one of the best players in the world”.

The then Liverpool manager Rafa Benitez had so much trust in his talent that he sold Xabi (against his will) to Real Madrid. The Italian though never fulfilled his promise and left Liverpool on loan to Juventus and then AC Milan.

When he returned to Merseyside, his performances didn’t warrant him a starting place, and the English giants decided to cut their losses to Fiorentina. At the end of his spell with Fiorentina, the Italians decided not to renew his contract and he eventually moved to Sporting Lisbon.

At Sporting too he met a similar fate, and the once promising player before his move to Sassuolo on loan from Pescara. 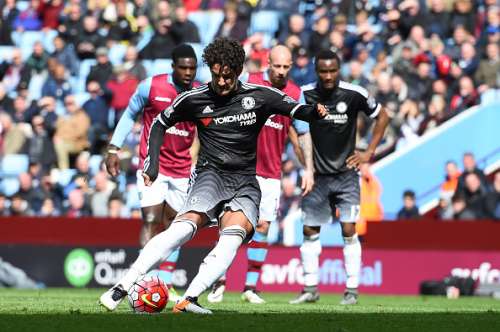 In 2009, Alexandre Pato was garnering attention from around the globe for being the latest among the Brazillian superstars to break through. He had just won the Golden Boy award and the young player of Serie A award while setting the field alight for a blockbuster AC Milan squad.

He scored 51 goals in 117 appearances for AC Milan before his chances started getting limited due to injuries, and he decided to go back to Brazil and play for the Corinthians. He struggled in Brazil as well and was eventually loaned out to Sao Paulo.

His form for Sao Paulo was patchy, but in flashes he showed what he is all about, and eventually earned a way back to Europe through Chelsea, who took the Brazilian on loan. His time at Chelsea was also hampered by fitness issues, although Spanish giants Villarreal took a risk on the international and brought him to the Estadio de la Cerámica.

He later move to Chinese club Tianjin Quanjian, having failed to completely fulfill his initial promise. More commonly known as just Anderson, the Brazilian was touted to be the ‘next Ronaldinho’ ahead of his move to Manchester United. The midfielder was scouted heavily while he was at Porto by Sir Alex Ferguson and his brother Martin Ferguson, who said “Alex, he's better than Rooney”.

After winning the double in his first season with Manchester United, the left-footed midfielder never managed to play a string of games in the row – either due to injury or weight issues.

He struggled for chances after Ferguson left the club, and was eventually allowed to leave on a free to Internacional. 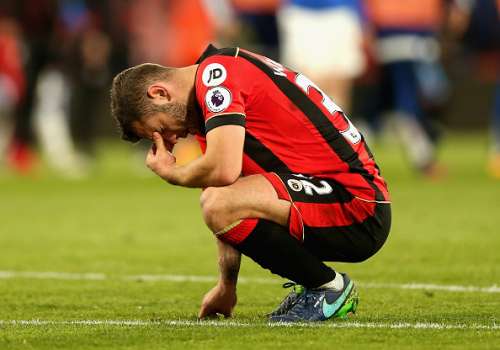 Jack Wilshere made his debut at the age of 16, becoming the youngest player to don the red jersey of Arsenal – beating Cesc Fabregas in the process. However, his performances on loan to Bolton were what made him stand out, his close control drawing comparison with Paul Gascoigne.

He was already an England international before he turned out for Arsenal the following season, continuing his meteoric rise. He was labeled ‘the future’ by the then England boss Fabio Capello and against Barcelona in the Champions League, he produced a performance that drew comparisons with Xavi and Andreas Iniesta.

But alas, the following season he picked up the first of his many injuries which have hampered his career ever since. He missed up to 17 months in a row due to injury, and never really regained the form that made him ‘the best player in his position’ at the age of 19. 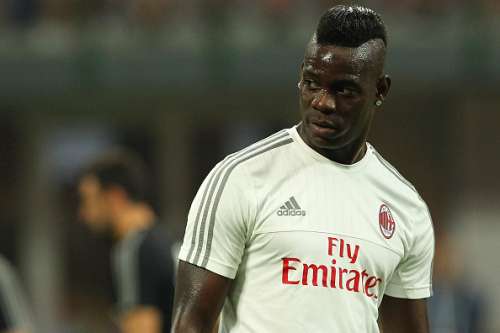 Oh, Mario. Personally, I love Mario Balotelli, absolutely love him; how can you not like a guy who uses youth team players to practise his darts, or someone who acts like putting on a bib is harder than quantum mechanics?

But Mario’s career so far has been nothing short of a movie which makes you chuckle in a way you don’t want your friends to see. Jose Mourinho and Roberto Mancini, who both managed the Italian international, spoke fondly of the striker as one of the most talented players in football. But they were unable to man-manage him during his time under the duo.

Most of his career has been littered by brilliance on the pitch, followed by headlines on the back pages. The first goal for Inter Milan in the Champions League was followed by his falling out with Jose Mourinho, 'the' brilliant goal for Inter in Serie A was followed by him throwing his jersey to the ground after the semi-final with Barcelona, from scoring against Manchester United to lighting up fire crackers in his own bathroom…you get the drift.

As Roberto Mancini put it, “If Mario is not one of the best players in the world it will be his fault because he has everything”. It is.

Content created and supplied by: Migdadd (via Opera News )