Cristiano Ronaldo has thanked Cavani, for handing over his Manchester United number 7 shirt to him. 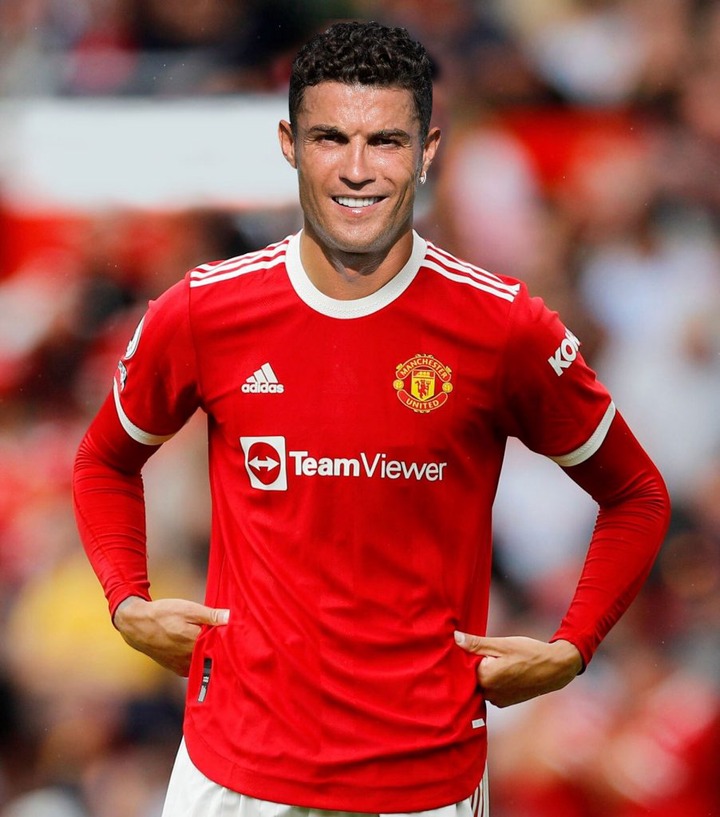 Manchester United confirmed Cristiano will wear the no 7 Jersey on his return 12 years later.

The Portuguese forward wrote on social media: I wasn’t sure if it would be possible to have the number seven shirt again. 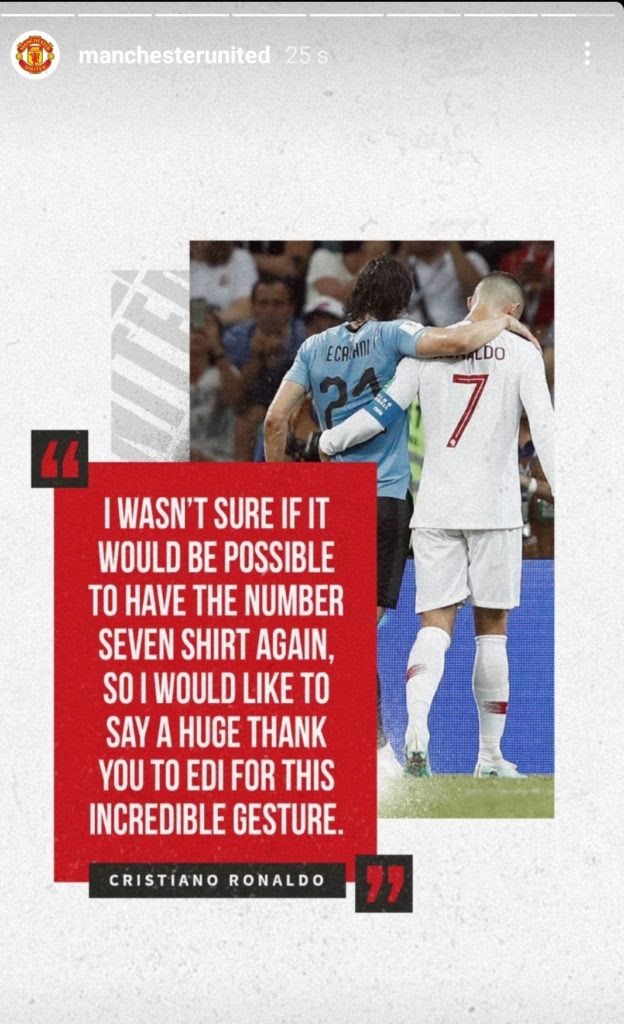 “So I would like to say a huge thank you to Cavani for his incredible gesture.”

Cristiano Ronaldo famously wore the No 7 shirt in his first spell at Manchester United, but there were concerns he may not have been able to wear that number this season with Edinson Cavani occupying the jersey.

The Portuguese international scored a world record 110th international goal as he fired Portugal to a dramatic victory over the Republic of Ireland in Wednesday's World Cup Qualifier.

Cristiano once netted 42 goals in a season at United, a figure he smashed at Los Blancos. He once scored 61 goals in a single season for Real and 60 in another. He scored 101 goals in his last three years at Juventus alone.

Christian Ronaldo won the Champions League for United in 2008. He then went on to win the trophy a staggering four more times with Real Madrid.