Carabao Cup Team Of The Week For The Round Four

Manchester United were knocked out of the competition after Manuel Lanzini gave West Ham a 1-0 win at Old Trafford.

Liverpool defeated Norwich City 3-0 to move to the fifth round, with Caoimhin Kelleher saving a penalty for Jurgen Klopp's side

Arsenal defeated Wimbledon 3-0 to move to the next stage

Leicester City defeated Millwall 2-0 qualify for the next stage, QPR knocked out Everton on penalty, Leeds defeated Fulham on penalties.

Caoimhin Kelleher saved a penalty from Christos Tzolis in the first half to preserve Liverpool lead. He was impressive in the whole game with four saves

James made a start against Aston after sitting out the 3-0 win at Tottenham last weekend. He assisted Timo Werner for Chelsea's goal and scored the last kick of the penalty shootout to help Chelsea progress to the next stage.

Konate impressed against Norwich with a dominace performance against Liverpool

The Greek Dldefender continues to impress each time he start for Liverpool. The fullback assisted Divock Origi for Liverpool's second goal.

NDombele impressed against for Tottenham in his third start of the season. He scored a fantastic opener against Wolverhampton

The Argentine impressed against Swansea assisting both Aaron Connolly's goal from the cornerkick.

Phil Foden made his first start of the season for Manchester City and was impressive against Wycombe with a goal and two assists.

Riyad Mahrez impressed for Manchester City against Wycombe with two goals and an assist.

Jay Rodriguez was impressive for Burnley against Rochdale, he scored all Burnley's four goals in the 4-1 win over the league 2 side. 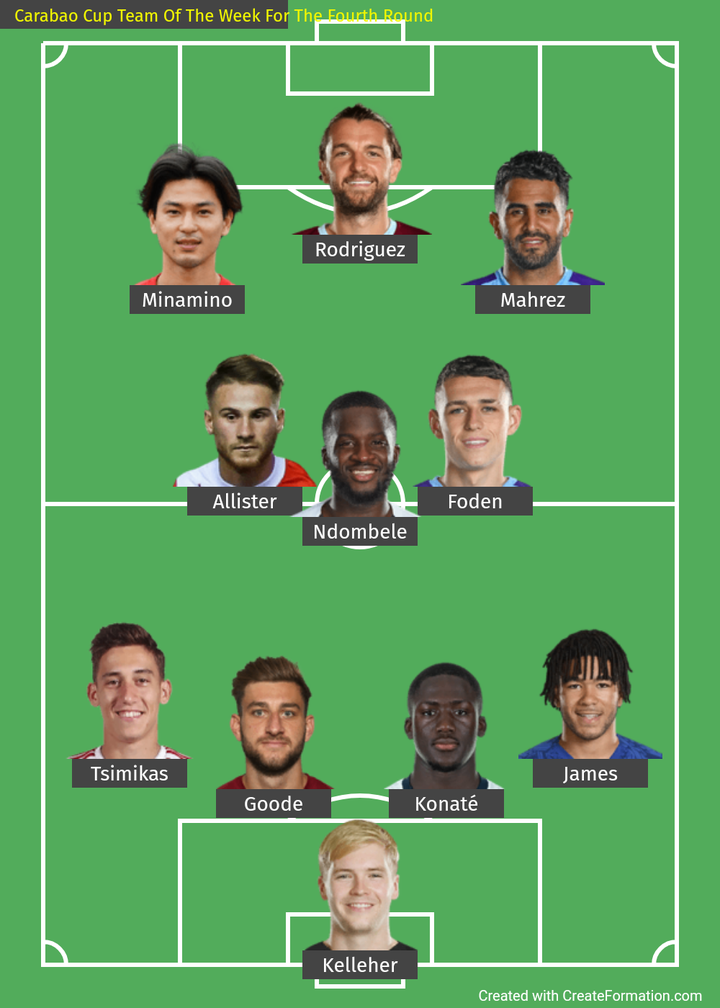