The Rock Reacts To Moose Using His Finishing Move At Slammiversary 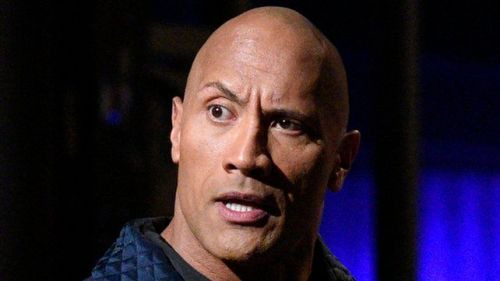 Tonight, Impact Wrestling presented the Slammiversary PPV, with the card featuring a string of much-anticipated bouts, including a TNA World Heavyweight title match, contested between Moose and ECW legend Tommy Dreamer under "old school rules". At one point doing the match, Moose dropped Dreamer on a pile of chairs with a Uranage, which bears a striking resemblance with the Rock Bottom, a move used prominently by WWE legend The Rock during his in-ring career.

Moose soon took to Twitter and responded to a GIF featuring the move. He dubbed it as a Rock Bottom and gave a shout out to The Great One.

The Rock seemed quite thrilled with the move and responded to Moose's message with an encouraging tweet of his own. Check it out below:

When all was said and done, Moose connected a Lights Out on Dreamer and picked up the victory to retain his TNA World Heavyweight title.

The Rock popularised the move during his heyday

The Rock made his way to WWE in the mid-90s and soon turned into one of the biggest Superstars in the company, and pro-wrestling as a whole. He included two incredibly popular moves in his arsenal: The People's Elbow, and The Rock Bottom. The Brahma Bull has won several big matches with the help of the latter.