Not an exciting start of the season for Arsenal but the club is gradually getting back on track with two straight wins and two clean sheets in the bank. Praises have to be lauded on Arteta's efforts in rehabilitating the team after their woes to the start of the season. It's hard to imagine the Gunners would be keeping a clean sheet in these two games but gracefully they are defending deep and upholding their pride. Let's talk about the lone goal that was scored by Martin Odegaard in the first half, the free-kick was astonishing. A classic goal for a young man that has gained some recognition in the Arsenal team. Arsenal was interested in signing James Maddison before the just concluded transfer window. One thing led to another and then the papers started talking about Martin Odegaard's possible return to the Gunners fold. It's a complicated decision to have been made considering the experience of Maddison in the EPL, but have got to say that after Odegaard made his appearance in the Arsenal's team. The attack has looked quicker and so much sharpness in the run of play. Smith-Rowe, Bukayo Saka, and, Aubameyang appear to have understood Odegaard better after playing with him last season. Much more different this season, because they now understand how to run into deep positions because Martin is gonna find them with his sleek through passes. 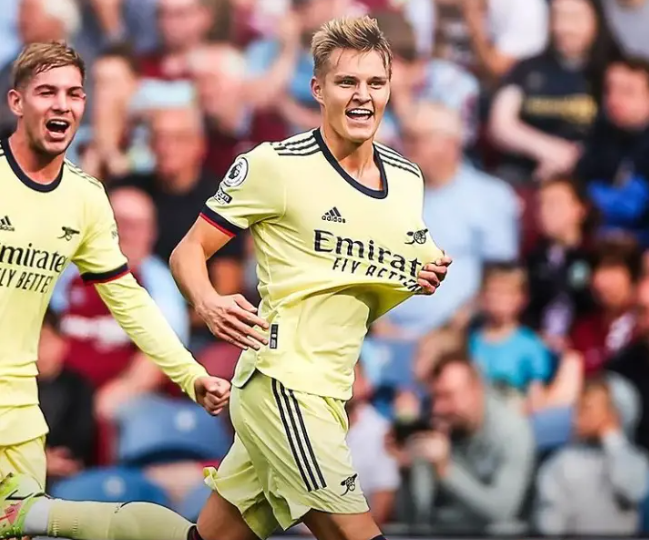 It's rough speculation to be made but the reality is dawning in our faces that the Odegaard signing has proven to be the heaviest and best decision from Mikel Arteta in this concluded Transfer Window. Maddison at the other end has not recorded a goal or an assist for Leicester in their last ten games. It's surprising but that's the truth. Maddison is worth up to £80M according to Rodgers and he's not willing to sell at that time, forcing the club to sell him would have hiked the price to a £100M fee. Imagine buying a £100M player without recording an assist or a goal in the last five games, Arteta would have been having some terrible nightmares at the moment. So, I think it's a good bet to have opted for Odegaard instead of Maddison.