Leeds United were officially promoted to the Premier League after West Brom lost to Huddersfield on Friday night. 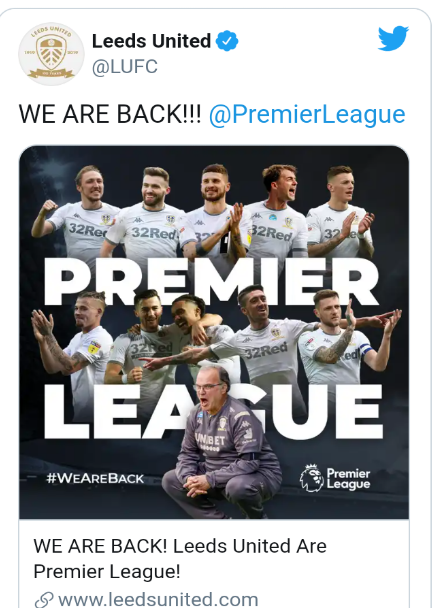 The return ends a 16-year absence from English topflight football, causing fans and players of the Peacocks to celebrate. 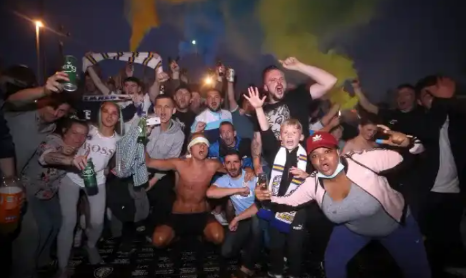 However some Leeds United fans have taken the celebration overboard.

Pictures released by Reuters show how supporters of the club vandalized cars during wild celebrations. 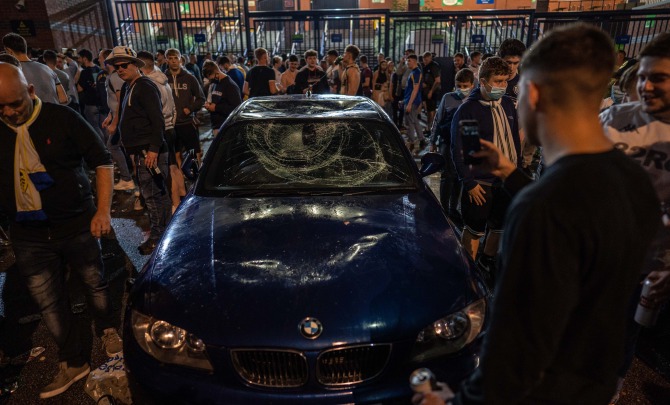 According to The Sun, at least two cars were smashed as mammoth crowd congregated outside Elland road to celebrate the achievement. Some jubilant fans found their way to the top of the cars, aggressively jumping on the roof and bonnet.

Others could be seen holding Yellow and Blue flares as  the scene became rowdy, with little or no attention paid to the social distancing rules set by the government. 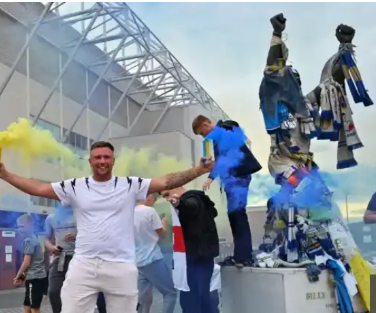 The statue of club legend Billy Bremner was wrapped with Leeds scarves while some fans swing a flag showing current coach Marcelo Bielsa's face on it. Although the police are yet to comment on the incident but i feel the fans, if identified, should be made to pay for the damages they did to the cars.