James Ellsworth On His Favorite Moments From His WWE Run

James Ellsworth was one of the most entertaining characters in the WWE during his interesting run with the company between 2016 and 2018. In that time, Ellsworth had a number of comedic spots with some of the WWE's biggest names. These included Carmella, AJ Styles, Dean Ambrose (now Jon Moxley), and he was even featured on SmackDown's Survivor Series team.

In an interview with Michael Morales Torres from Lucha Libre Online, James Ellsworth discussed a number of topics. He touched on why he thinks WWE "produces so hard," and whether he would like to return to the company one day. He even spoke about what he felt was wrong with pro-wrestling. 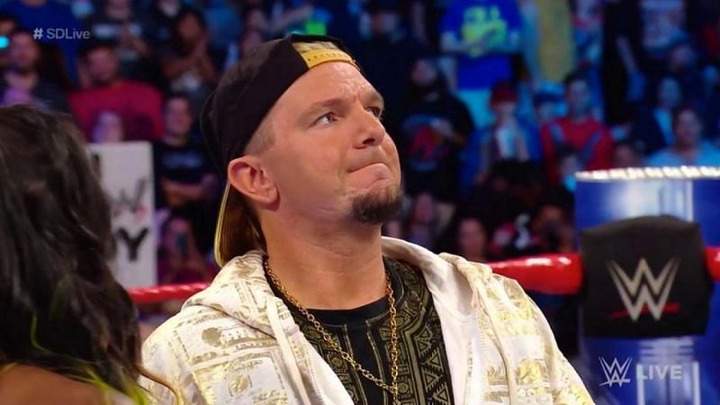 Speaking to Michael Morales Torres, James Ellsworth revealed what he felt were the most memorable moments in his WWE run.

He picked out two specific moments. The first was his WWE title match against AJ Styles on SmackDown Live, and the next was his WrestleMania moment when he accompanied Carmella to the ring. Ellsworth was extremely proud to be a part of WrestleMania, as it had been his dream growing up.

"Well, I had a couple of them. The top two, 1A and 1B, being a part of WrestleMania and wrestling for the WWE title in the main event of SmackDown. Like, WrestleMania dude, like the whole day of WrestleMania get to the stadium at like 11:00 a.m. Camping World Stadium there in Orlando and it just didn't feel like WrestleMania was real hot outside.

"We didn't really have the greatest of locker rooms. It was a big tent and and I'm like man, this is some feel like WrestleMania, but then like this, I hate to be cliche but walking through the curtain and see in 75,000 people and you hear them announce your name, Carmella was in match and he said, being accompanied to ringside by James Ellsworth. And you hear your name on WrestleMania and you see all the people the people cheer when they hear your name, that was the goal to me. That was my goal."

James Ellsworth, for the better part of his time with the WWE, was the source of comedic relief. He is currently working on the independent scene, but hopefully we get to see him return to the WWE once more.