The Day Ronaldinho Met Maradona For The First Time.

"I want to play against you just once in my life, because you are the last person to give me hope for football"....Maradona, 2001.Le perisian. 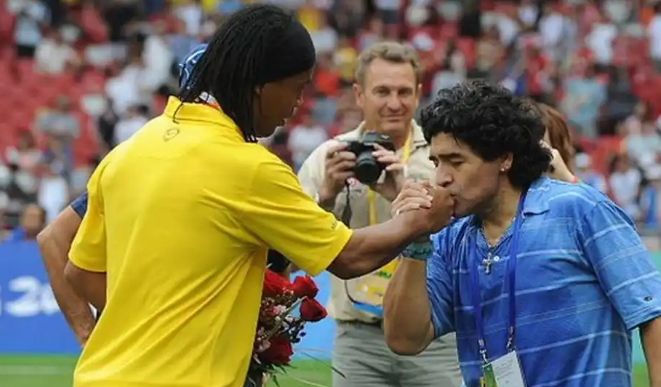 January 6,2001 the great Diego Maradona didn't know it yet but he just absolutely made the day of one of the greatest football champions football have ever known...Ronaldinho.

Young Ronaldinho was a massive fan of the Argentine football legend and could hardly sit still, for days he could hardly wait to meet Maradona. For days it was all he could talk about, whose Biography had just come out and who he met in a book signing.

Like thousands of other kids, the Brazilian have gone to Buenos Aires to meet the legend. But Ronnie isn't like other kids, at the age of 20 he was already been heralded as the new and rising star of Brazilian football.

So when Diego learnt that Ronaldinho was coming to see him, he contacted his agent to arrange a 6 on 6 match in a park at Buenos Aires, the poor kid was falling himself the entire game. 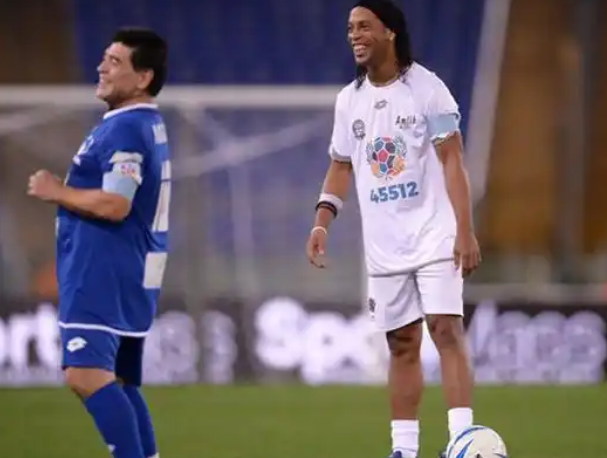 But none of that mattered because what happened after the match was one of the greatest moments in Ronnie's life, As Ronnie stood there star struck, Maradona handed him his biography with a special dedication and said this incredible words.

" I wanted to play against you just once in my life, because you are the last person to give me hope for football".....Maradona 2001,Le Perisien.

Those present that day even claimed that Ronaldinho cried, the 20 year old kid was overwhelmed with emotions and for good reason, he worked hard to get where he was. 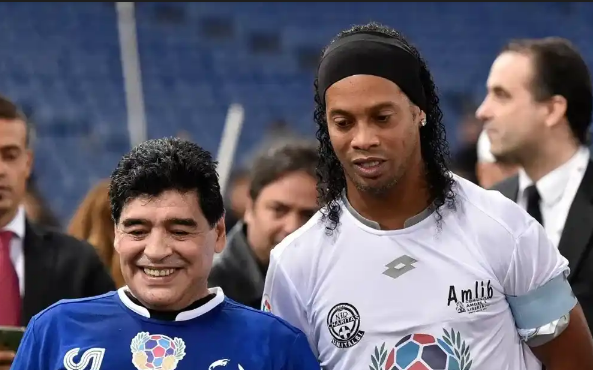 Ronaldinho was born in March 21St, 1980 and in Porto Alegre and practiced football basically in his family living room. How?, by nutmegging his dogs and juggling over the chairs under the admiring watch of his brother.

Ronaldinho's father unfortunately wasn't there to see his son's talent, Joao Da Silva Moreira a humble welder had died of electrocution by jumping into a pool. It was a trauma that Ronaldinho had to overcome and had surpassed in no small part due to football.

Still today, Ronnie is still a force in football and a joy to watch, his smile will remain etched in football fans hearts forever.