Despite Madrid's interest, PSG are convinced that Mbappe will sign a new deal and stay at the club.

By Ahmadblogger (self media writer) | 4 months ago

Despite the heavy uncertainty surrounding Kylian Mbappe's future, Paris Saint-Germain are confident in their ability to keep hold of him, with club president Leonardo assuring the striker will sign a new contract. 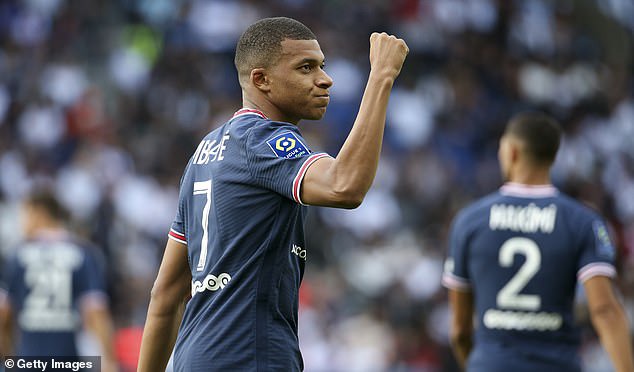 Mbappe's contract with PSG expires at the end of the season, and he has already turned down three improved offers from the club in order to complete a move to Real Madrid.

The LaLiga giants had two offers for Mbappe rejected late in the summer transfer window and planned to resume talks with him in January about signing him on a free transfer at the end of the season.

PSG president Leonardo seemed resigned to losing Mbappe only a few weeks ago when he announced the Frenchman's desire to leave for Real Madrid.

The Brazilian, on the other hand, has altered his mind and now believes the striker will stay with PSG beyond this season.

'I don't see Mbappe leaving at the conclusion of this season,' Leonardo said to Canal Plus when asked about his future. Nobody is considering Paris Saint-future Germain's without Kylian Mbappe.

'Kylian exemplifies the distinction between the superficial and the deep. Kylian has a long history with Paris Saint-Germain. That is why we are unable to think about anything else.

Kylian stands for a lot of things. Not just because he's French or because he's one of the finest players on the planet. He has a personality that we admire and that everyone admires.'

If that is the truth, it would be a significant setback for Real Madrid, who have been after his signing for the previous few years.

As things stand, Mbappe will be allowed to talk to Madrid about a pre-contract agreement in January, and club president Florentino Perez is said to be optimistic about getting him to the Bernabeu.

Despite the World Cup winner's problematic contract status, Madrid tried in vain to settle a cost with PSG in the summer, and their best offer of £154 million was turned down.

If PSG cannot reach a deal to keep Mbappe, they risk losing a player they paid £166 million for only four years ago.

The 22-year-old has had an excellent start to the new season, scoring four goals in five games for PSG, and will aim to add to that remarkable record when PSG face Club Brugge in the Champions League later evening.