Hugo Lloris One Of The Best Goalkeeper In The World 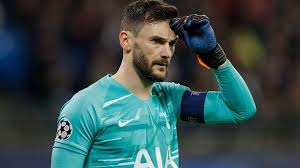 From being a World Cup Champion captain to going to jail for drunk driving and receiving the Champions League runners up medal this guy has seen it all. The guy is none other than Hugo Lloris. Hugo Lloris is one of the best goalkeepers of our time. Sadly his name is not taken among the elites. But it is safe to say he is underrated for all the things he has achieved in his career.

At the age of 10, Lloris signed for the youth team of Nice after grabbing the attention of Dominique Baratelli. After his time at the academy, he made his professional debut for Nice senior team on 25th October 2005, in a Coupe de la Liga against Chateauroux. From the season of 2007-08, he became the first team regular. He helped Nice finished on 8th position by conceding only 24 goals in his 30 appearances. By then Lloris is started to be linked with some of the biggest clubs in Europe.

In 2008 he moved to Lyon for a fee of €8.5 million. He was an instant hit in his new club finishing the season with 16 clean-sheets. He was named the leagues best goalkeeper that season as well as became a part of league's team of the year. In his next two seasons, he continued his form and bagged the Goalkeeper of the year titles back to back. He also was an integral part of Lyon team that reached the Champions League semi-final.

In 2012 he moved to North London with his move to Tottenham Hotspur for a fee of €15 million, till now he has been the pillar behind the rise of Spurs, though he didn't win a title but featured in the Champions League final for them.

His career's best moment was captaining his side to the 2nd World Cup title in Russia.

The biggest attribute of Lloris is his exceptional reflexes and his skill in handling the one is to one situation. He is one of the best in sweeping up behind his defensive line. The thing which Lloris show with his long ranger saving technique is unique, he stands very close to the goal line narrowing the angle of shots from long distance.

According to Telegraph in the 2018-19 season till the midway stage was number 1 goalkeeper of the league in terms of xGoT stats till February he conceded 8 goals less than expected. He had 78% save percentage which is healthy. Over the last 7 years according to the post-shot expected goals model of Opta he has conceded 33 goals fewer than expected according to the quality of the shot.

Lloris is also criticised for the large number of mistakes leading to a goal, that too in high profile matches like the World Cup Final. He has 18 errors leading to goal but on the other hand, he is the only goalkeeper to play 3000 passes in his half. Pochettino once said, "Don't blame Hugo for his error, this is the way I want him to play". This gives a reason for his dangerous play with his leg. Lloris surpasses or covers makes up his errors with the number of saves he put through during the whole season. But Lloris has a weakness of saving his shot in the bottom right.

He is mentally strong to remain unfazed by the errors, he continued to do his job perfectly even after the fumbles. He missed a large part of this season after a horrible injury, but now after the lockdown, he is raring to go. One thing is sure though Lloris is one of the best goalkeepers in modern times and he justifies that with his prove.