EPL: 4 Ways Zinedine Zidane Could Setup His Midfield At Man United If He Replaces Ole Gunnar

By SportSire (self media writer) | 9 days ago

According to several reports, Zinedine Zidane is amongst the candidate who could replace Ole Gunnar Solskjær at Manchester United, if the Red Devils decide to sack him in the middle of the campaign. Of course, almost all football fans believe the Frenchman has the experience and ability to take the team's to the next level, as regards his all-around performances at Real Madrid in six years. As a result, there are four ways Zinedine Zidane could lineup his midfield formation at Manchester United, as he's literally enamored with playing the formation of 4-3-3, which means he always prefers to have three midfielders in the midfield, so as to be able to subdue the opposing players. So, since the Red Devils have many brilliant and talented midfielders, the Frenchman has these four options below, under the name of setting up his midfield at Old Trafford. Potentially, the former Real Madrid manager is way different from Ole Gunnar Solskjær and Brendan Rodgers, because he usually attacks from the midfield, while he allows his attackers to play widely up-front. As a result, every player in the midfield will get enough playing time under Zinedine Zidane, if he really replaces the Norwegian manager. Having seen how the French gaffer played the likes of Casemiro, Modric and the rest at Real Madrid, this could be his favorite starting midfield setup, because he cannot depend on Paul Pogba. As a result, the Brazilian and the Scottish will play defensively, while the Portuguese wizard will dazzle offensively, so as to be able to create chances and lay passes for the attackers up-front. Of course, this particular formation will allow Manchester United to subdue any team in the midfield, because Fred and McTominay are brilliant defensively. In addition, Fernandes will play widely on the pitch, because he's handling the free role in the midfield. Since Pogba may leave Old Trafford in next summer's transfer window, this three-man midfield lineup could be Zinedine Zidane's standard starting XI, if he seriously replaces Ole Gunnar Solskjær. 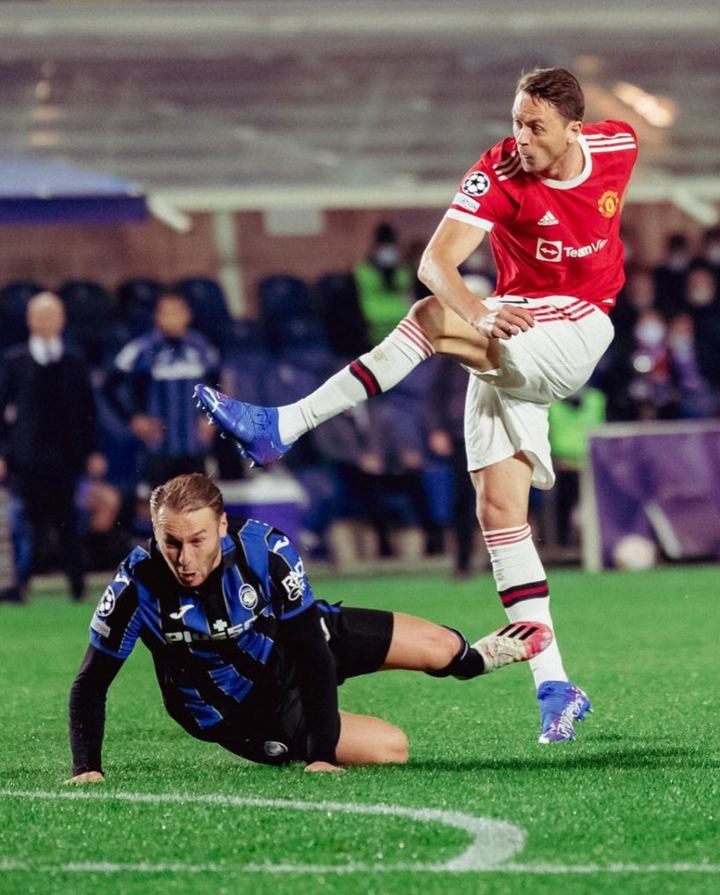 The Frenchman could only use this formation at Manchester United, if Paul does extend his contract with the Red Devils. Apparently, it can be used against a well balanced and composed defense line, because they would need some creative players to penetrate. In this situation, Bruno retains his attacking role in the midfield, while the French and the Serbia footballers anchor the defensive role. Of course, Pogba is indeed a versatile player, so he can comfortably play the defensive position and still help Fernandes to be offensive, by dribbling and moving the ball towards the opponent's box. Since Zinedine Zidane loves to attack through the midfield, and this is another setup for the manager, if he becomes Manchester United new boss. Without a doubt, the Portuguese midfield creator will be irreplaceable under Zidane, mainly because of his ability and capability, and Van de Beek could be a regular starter under him. Having said that, Fernandes stays put as an attacking midfielder on the pitch, while the Dutchman and Scottish play as double No.4. Potentially, Donny isn't really good defensively, as regards his all-around displays at Ajax. As a result, Scott McTominay will do most of the defensive work, whilst Bruno and Van de Beek will focus on creating chances and laying passes for the attackers. This formation will allow the Red Devils to be very creative up front, because the Portuguese and the Dutchman have many things in common, and they could both work together under Zinedine. Obviously, Ole Gunnar Solskjær doesn't usually play Donny and Bruno together, because they may be hindering each other on the pitch. However, Zinedine Zidane is able and capable of playing them together, since he could played Modirc and Kroos together at Real Madrid. In all fairness, this particular setup could be used against low-level defense line, because only Matić will play the defensive role on the pitch. Reportedly, Donny Van de Beek is expected to leave Manchester United in January, because of lack of playing hours. However, he may be a regular starter under the French gaffer because of his qualities. In addition, this lineup will be more offensive than defensive, and the likes of Raphael Varane and Harry Maguire will be at the back to protect their box. Which one of these midfield setups do you want Zinedine Zidane to use at Manchester United?