The second leg prediction of the Europa league quarter finals

By Martsyl (self meida writer) | 25 days

The first leg of the quarter final was a success for Manchester United,As Roma, and Villarreal. Arsenal lost their lead in the last minute of the game against Salvia Praha which made the match end in a 1:1 draw. Let's take a look at the prediction for today's match 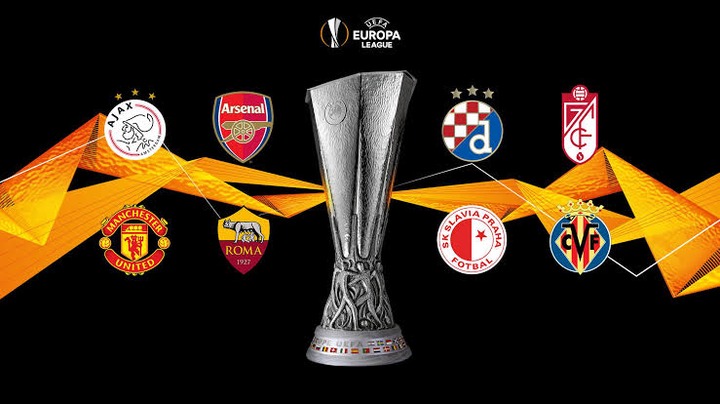 Arsenal Vs Salvia Praha: The gunners have been on a good run of form in their last three premier league matches, having played a draw and conceded a goal in there home match in the first leg, they actually need two goals to be on a safe side in the tie and make it into the semi finals while Salvia Prague will be salvaging for a draw and try to make things hard for Arsenal. If care is not taken Arsenal might exist the Europa league this night if the fail to score a goal.

Granada Vs Manchester United: The red devil's have two away goals to hold ontop while playing at home today, Granada are really the underdog in this match. No hope for a come back for the away team, Manchester United will be hoping to add more goals at home . The Red devil's are to qualify for the semi finals.

Ajax Vs As Roma: The two teams are really a match for each other, it going to be a tough one to sit out. Despite Roma having the lead, Ajax have the ability to score up to two goals to remain safe in the Europa league while Roma will be hoping to preserve their lead against Ajax to qualify. As Roma to qualify for the semi finals of the Europa league

Dinamo Zagreb Vs Villarreal: The first leg of the match ended in a 1:0 nil in favour of the Spanish side. Villarreal already have an away goal to hold onto and can really prevent conceding more than two goals at home in today's match. From the way things are currently, Villarreal are to make it into the semi finals while Dinamo Zagreb will hope on the God of football to work wonders for them.