Chelsea who trashed Malmo in the UEFA Champions League on Wednesday, welcomed Norwich City at Stamford Bridge earlier today for their English Premier League fixture. Thomas Tuchel's Chelsea performed incredibly against Norwich City as they defeated their visitors 7-0 despite playing without a striker. 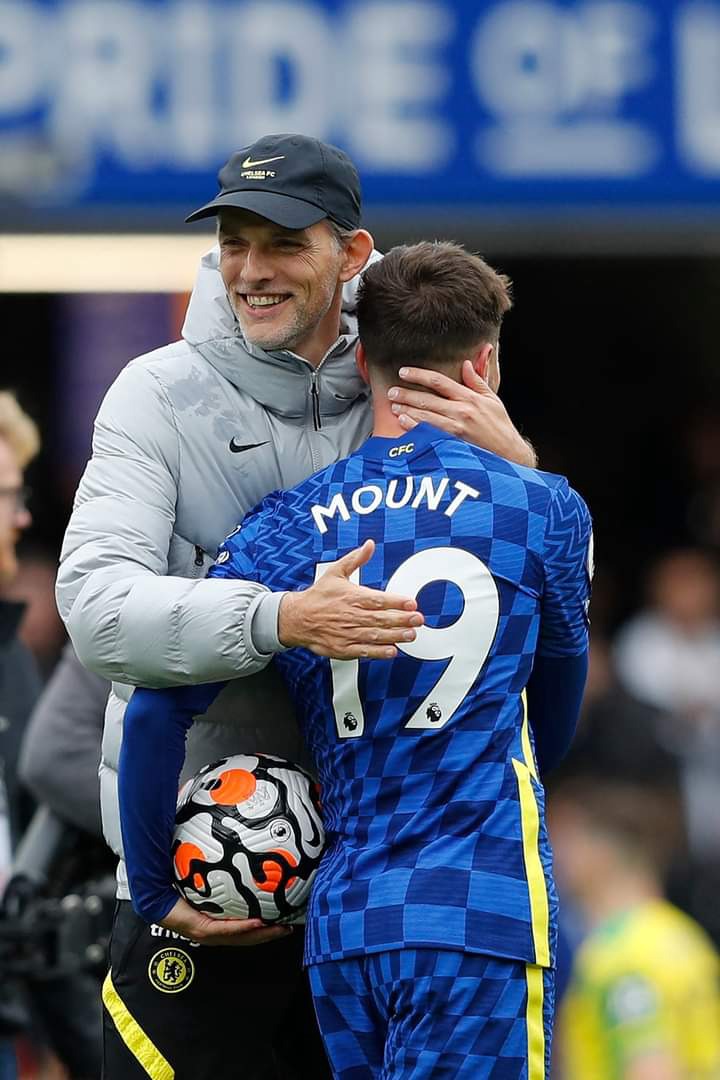 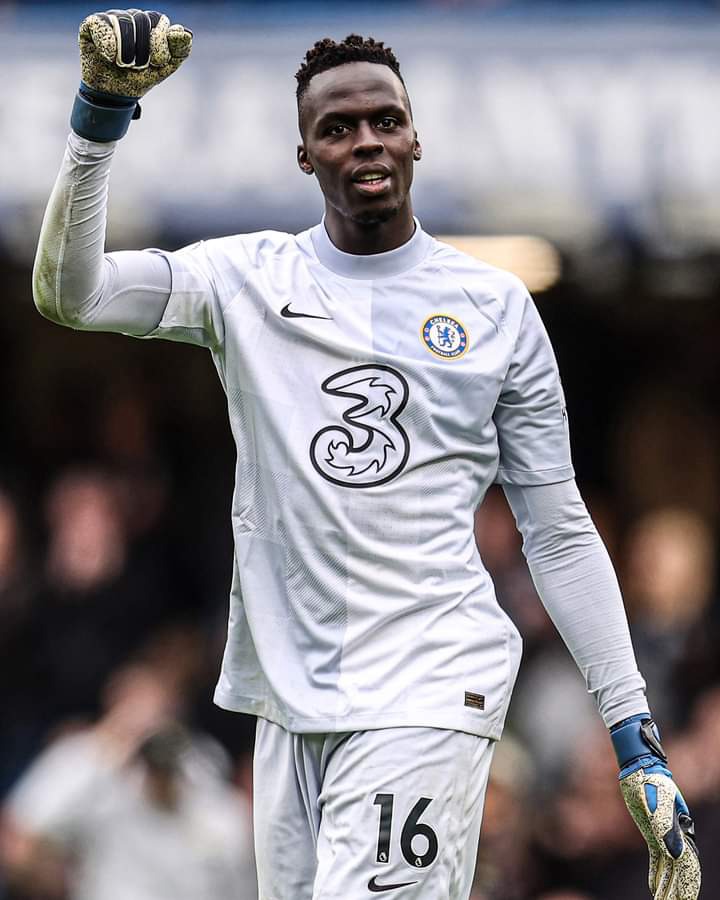 After an impressive performance against Brentford United last weekend, the Senegalese international became the first EPL goalkeeper to keep three consecutive clean sheets both in the EPL and UEFA Champions League this season.

Despite dominating and leading Norwich City 3-0 in the second half, Edouard Mendy made an incredible save to stop the ball from going in. He should that he is a world-class goalkeeper who was supposed to make it into the Ballon d'Or award list this year. 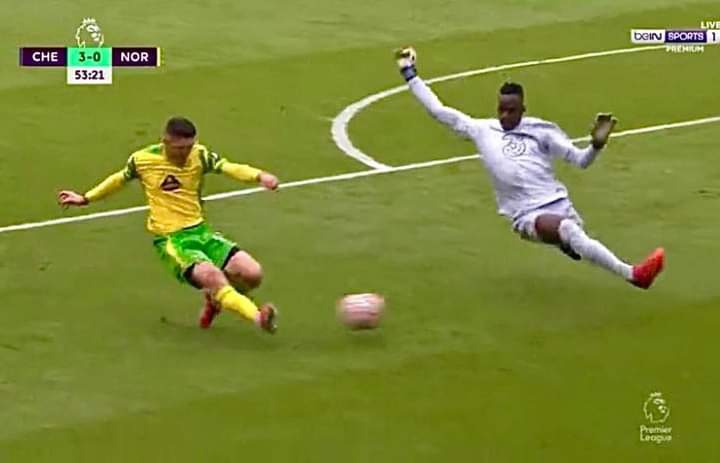 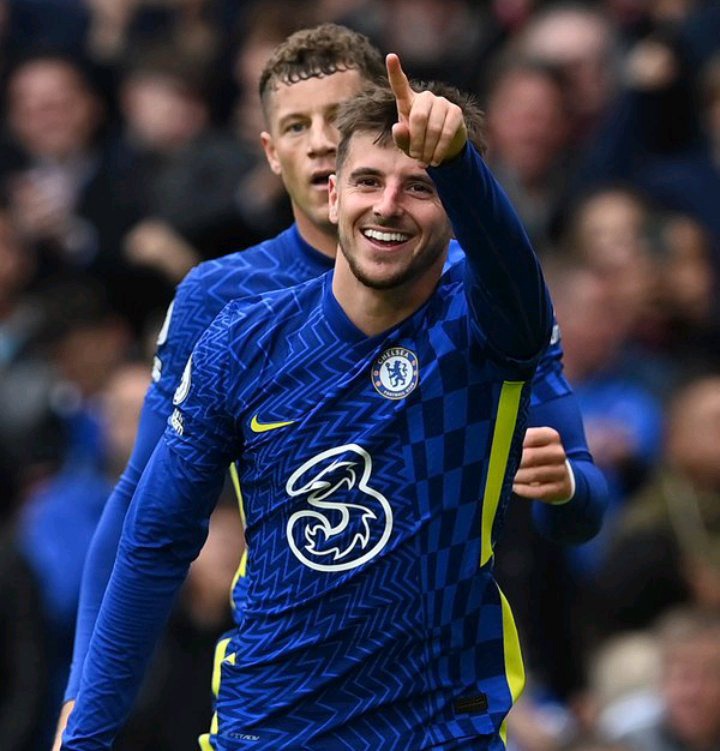 Mason Mount's hat-trick today made him become Chelsea's top scorer under Thomas Tuchel so far this season. The England international who was incredible both in the first and second halves of the game made his mark against a helpless Norwich City by scoring three beautiful goals.

Despite not being a striker, Mason Mount became Chelsea's top scorer under Tuchel after nine EPL fixtures. 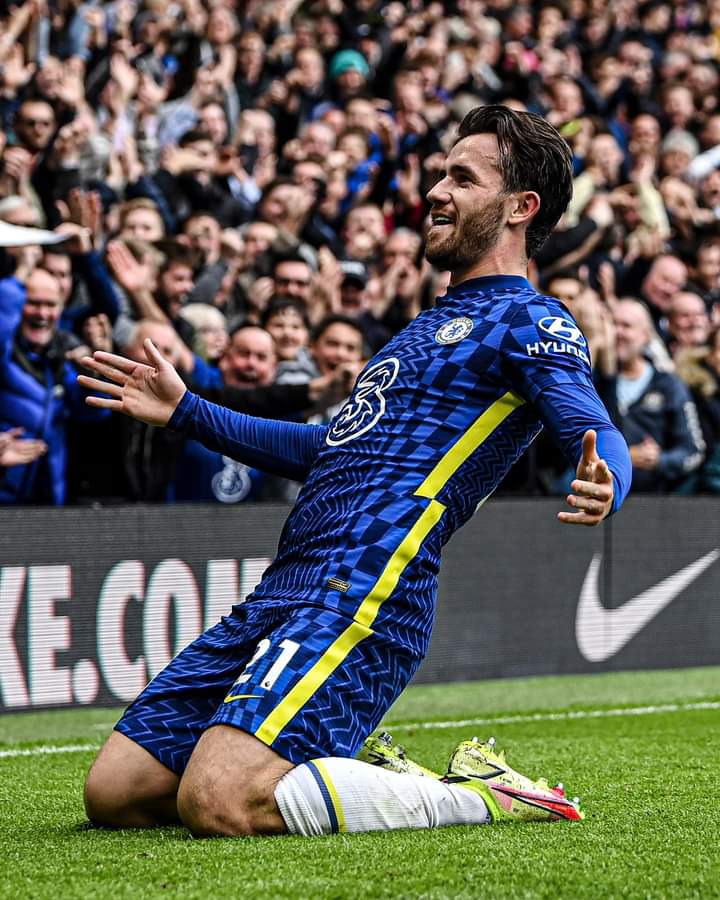 Chelsea's Ben Chilwell became the first EPL player/left-back to score in four consecutive goals in four games both in the Uefa Champions League.

Thomas Tuchel's players have proven that they are the best team in the English Premier League this season as they stay top of the Premier League table despite having two prolific strikers sidelined with injuries.