2 Players That Should Be Blamed After Lukaku Failed To Score Against Tottenham.

By Pablo3 (self media writer) | 9 months ago

Lukaku failed to score in the Tottenham game and his performance is not what the fans expect. These are the 2 players that should be blamed after Lukaku did not score a goal in today's game. 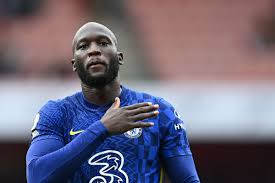 1. Mason Mount: he appears to be losing form and is having difficulty assisting players. He held on to the ball for a long period and Tottenham players were all over him during the game. He was replaced in the second half by Kante, who drastically changed the game. Lukaku needed the final pass from the winger to score, but in the first half, he never had any of the balls. Tuchel's tactical change won the game. 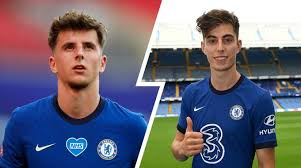 2. Havertz: The German midfielder needs to build on his strength and that has been his biggest problem. Emerson Royal was all over him in the first half and held him from making passes to the striker. But in the second half, it was a different ball game and Chelsea had the highest possession. Havertz was even close to scoring, but he was disposed of easily by Tottenham defenders. He was also substituted for Timo Werner, who has not been on top of his game.

Lukaku tried all his best today, but he was the main target for the Tottenham defenders. Thiago Silva, Kante and Rudiger were the goalscorers in the game. Kepa didn't have to do a lot of work as Chelsea's defenders were very strong against Son and Harry Kane. Tottenham has not won a game for two weeks now, and the pressure is mounting on their manager.

Chelsea's unbeaten run continues as they move to the top of the table with 13 points. If they can continue with their form, they are likely to be called the champions of England at the end of the season. Tottenham, on the other hand, needs to get ready for bigger challenges this season.