By ReportMinds (self media writer) | 24 days ago

Bayern Munich striker has been named winner of the 2020 European Golden Boot. The European Golden Shoe is an award given to the continent's top scorer in league matches.

The 33-year-old has received the award after his performance for the Bavarians last season.

Robert Lewandowski is a professional footballer who plays as a striker for Bundesliga club Bayern Munich and Poland national team.

The Poland international scored 41 league goals last season. He was voted winner of the Golden Boot ahead of Lionel Messi, who scored 30 goals for Barcelona. While Cristiano Ronaldo came third with 29 goals for Juventus.

Lewandowski is only the second player based in Germany to win the award after Gerd Muller picked the Golden Boot in 1970 and 1972. 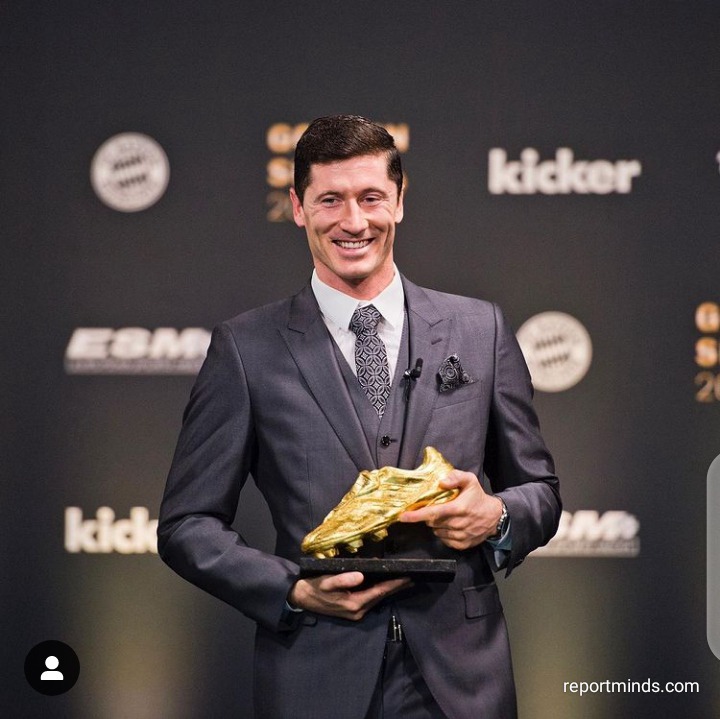 He took to his verified Instagram page (@_rl9) and he dedicated the award to his Bayern Munich team mates. According to him, his team mates assisted him towards achieving such height in his career.

He captioned: "I would like to thank my family, team mates, coaches and the entire @fcbayern team. Winning the title would not be possible without your support. In sport, just like in life, what matters is respect for others, collaboration and fair play no matter what you do. I would like to dedicate this award to all of you who have been by my side. I am extremely proud of what we have achieved together as a team. Thank you! #goldenshoe2021." 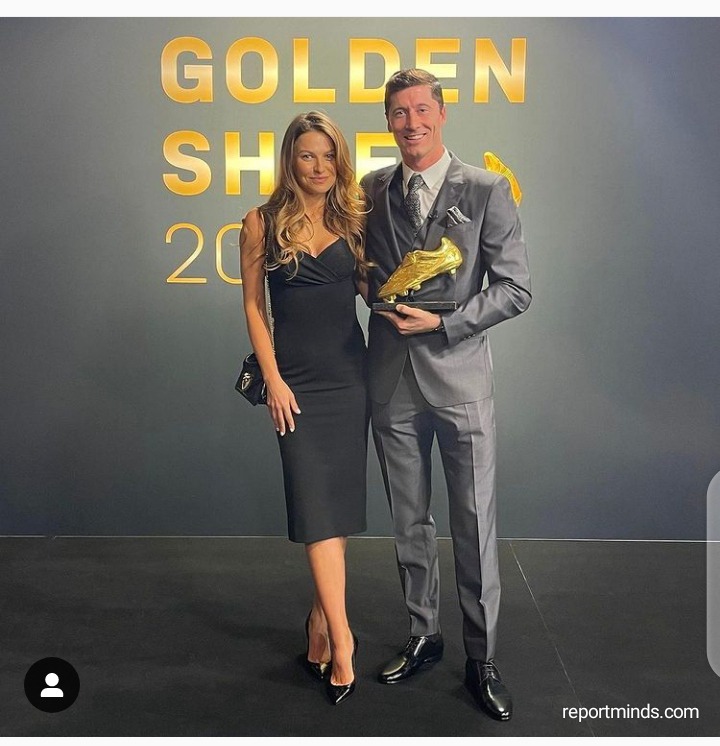 In another post on his social media space, he posed with his wife Anna Lewandowska. The Bayern Munich striker has been married to his wife since 2013.

“There’s nothing attractive about a man every woman wants.” — Tolanibaj

I Wish Those Dragging You Will Leave You Alone & Come For Me, I'm Ready For Them -Boma Tells Tega

Look Fashionable In These Mini Dresses Inspired By Beyoncé

I Wish The Trolls Can Leave You Alone And Face Me Instead. I Am Ready For Them - Boma Tells Tega